KDDI Corp. said Friday it will pay damages to 35.89 million customers as a form of "apology" following a major service disruption that spanned several days earlier this month.

The provider of the "au" mobile service -- and Japan's second-largest mobile carrier by subscribers -- will reduce individual invoices by 200 yen ($1.50), with the total damages expected to reach approximately 7.3 billion yen, KDDI President Makoto Takahashi said during a press conference in Tokyo. 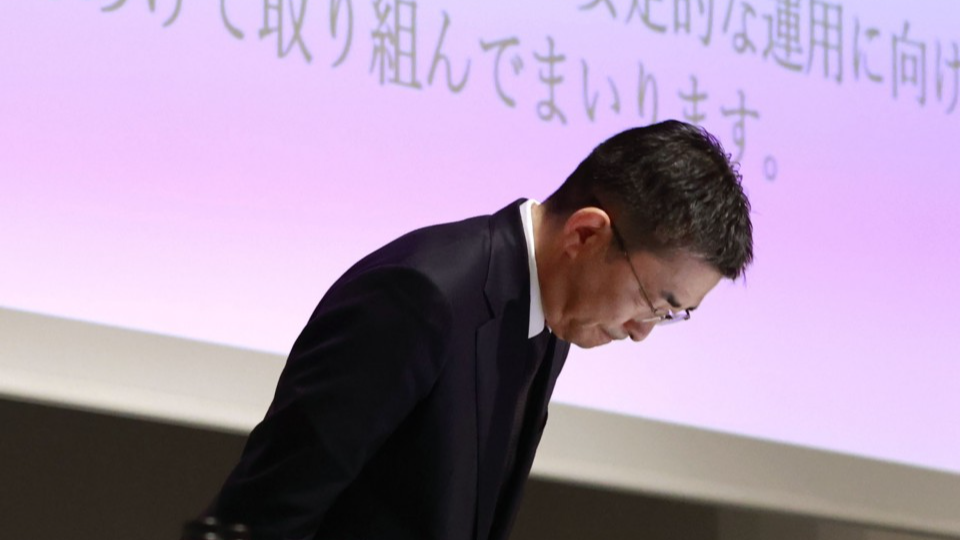 "We sincerely apologize to our customers across the country for causing a major inconvenience," he said.

Takahashi said he will voluntarily waive 20 percent of his salary for three months.

The disruption affected at least 30.91 million people, according to an incident report submitted to the Ministry of Internal Affairs and Communications the previous day.

It was one of Japan's worst such incidents, exceeding the 2018 service outage at SoftBank Corp. in which a record 30.60 million mobile connections were affected.

The carrier also said that under the company's terms, around 2.71 million users are also eligible for compensation equivalent to their basic charge for two days as the service outage lasted 24 hours or longer.

An average of 104 yen will be deducted from their individual bills.

Additionally, phone users were unable to dial emergency numbers such as 110 or 119 for an extended period of time, bringing to the forefront discussions about the implementation of roaming services, which allow users to jump onto another carrier's mobile connection in an emergency.

Enforcing such services is a key issue for the communication ministry, with Takahashi expressing hope for that to be "realized."

Approximately 86 hours passed before KDDI confirmed that the network was fully restored at 3:36 p.m. on July 5.

KDDI to pay damages to millions of users after network outage