San Diego Padres ace Yu Darvish logged his 10th win of the year in a 13-5 victory over the Colorado Rockies on Tuesday, reaching the benchmark for the first time since 2017.

The Padres won the first game of the doubleheader at Petco Park after an eight-player trade-deadline blockbuster bringing stars Juan Soto and Josh Bell to San Diego. 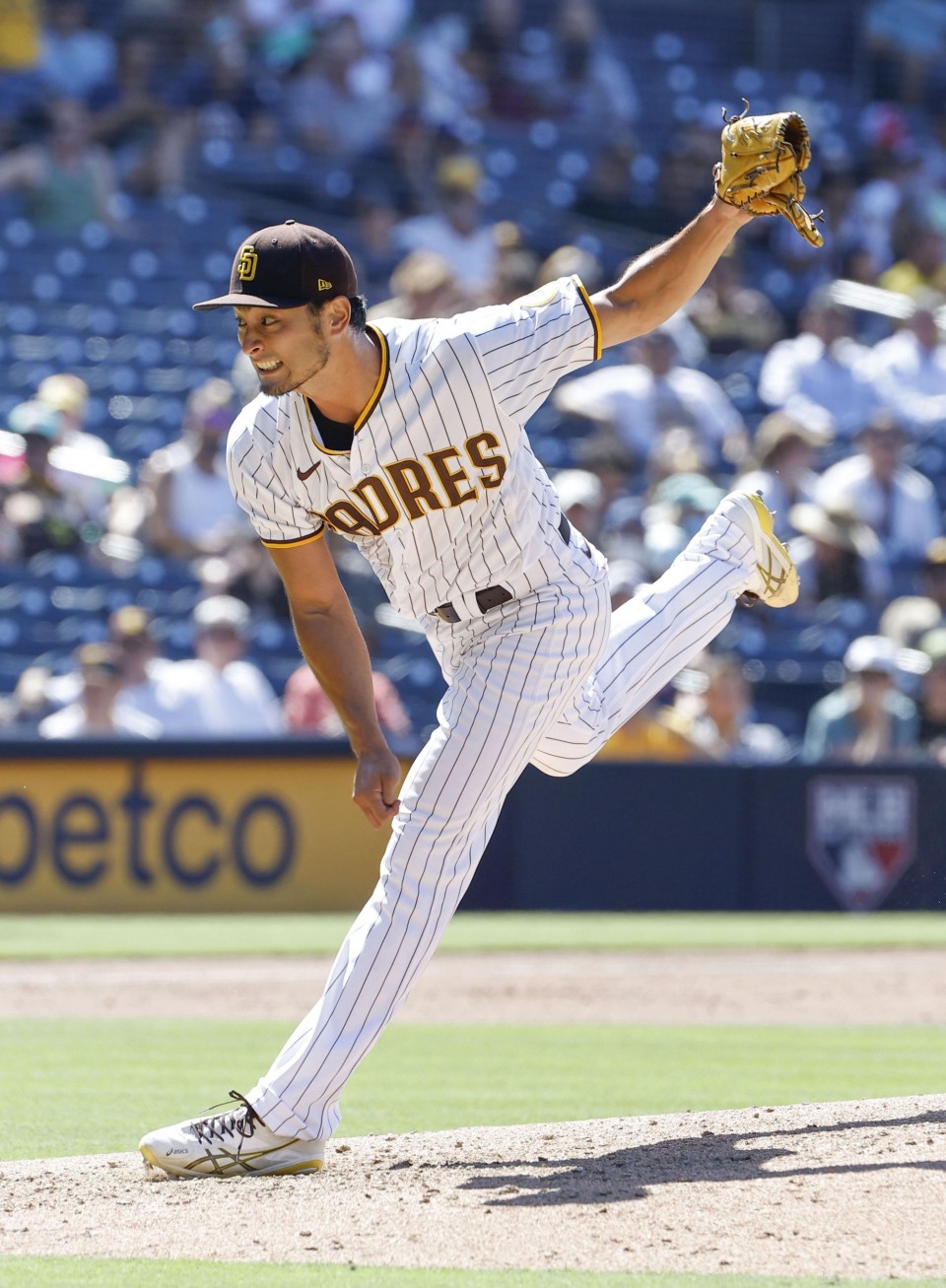 Yu Darvish of the San Diego Padres pitches in the first game of a doubleheader against the Colorado Rockies on Aug. 2, 2022, at Petco Park in San Diego, California. (Kyodo) ==Kyodo

The 35-year-old right-hander was pleased to register double-digit wins following the headline-grabbing trade, which raises the postseason expectations for the 59-46 Padres.

"I'm really happy (with the win), it gives me confidence," Darvish said. "I tried not to concern myself (with the trade) as much as possible, as my job is pitching."

Considered one of the best players in the game, 23-year-old outfielder Soto became MLB's hottest trade target after turning down a new contract from the Washington Nationals.

The Los Angeles Angels held on to Shohei Ohtani at the trade deadline, having reportedly rejected multiple offers in the preceding days for the two-way superstar, who will become a free agent after the 2023 season.

Ohtani went 1-for-4 with a double as the Angels beat the Oakland Athletics 3-1 in their series opener at Angel Stadium.

At Houston's Minute Maid Park, Hirokazu Sawamura struck out one and allowed one hit in a scoreless seventh inning for the Boston Red Sox, who beat the Astros 2-1.