Yu Darvish spearheaded the San Diego Padres to a 4-1 win over the New York Mets on Friday, striking out nine in a lights-out start against the National League East leaders.

Darvish (9-4) allowed one run on four hits and a walk over seven innings as he outdueled three-time Cy Young Award winner Max Scherzer (6-2) at Citi Field. 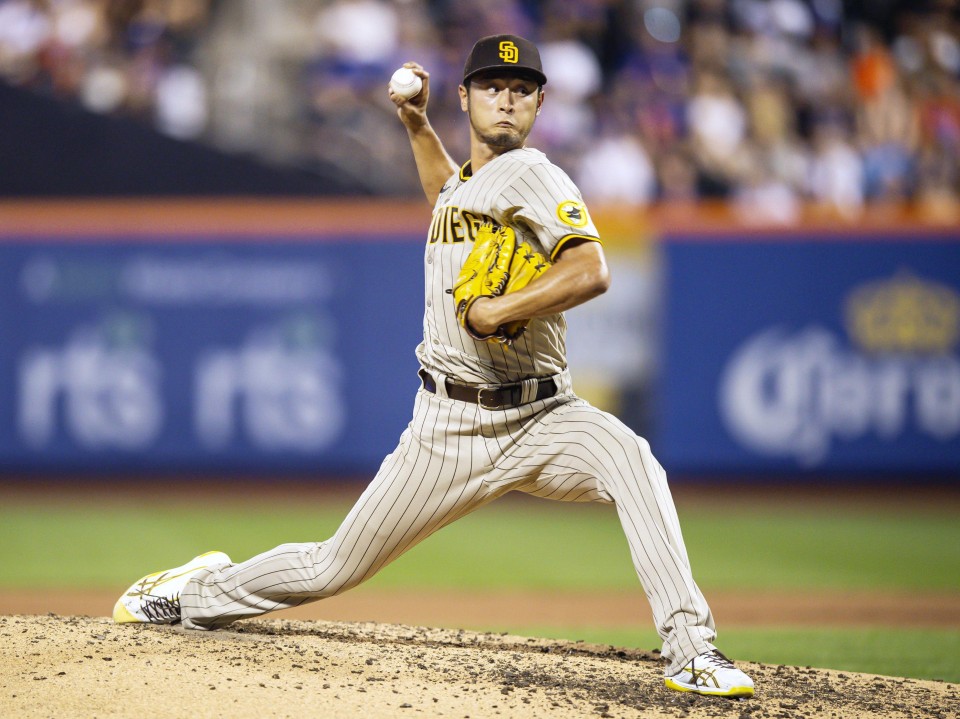 The Japanese right-hander allowed a first-inning single but followed that by retiring 10 straight. He did not surrender a run until Luis Guillorme's two-out RBI double in the seventh.

"This time I threw a lot of splitters," Darvish said. "I forgot about earlier results and tried not to cut any corners in preparation."

The 35-year-old said he was focused on carrying over his strong form from before the All-Star break for the 53-42 Padres, currently second in the NL West.

"Last year, the team did not have a good second half, so I want to be thorough so we can avoid repeating that," he said.

At Philadelphia's Citizens Bank Park, Seiya Suzuki went 4-for-5 with a two-run homer and two runs for the Chicago Cubs, who clobbered the Philadelphia Phillies 15-2.

Suzuki gave the Cubs a 15-1 lead with his seventh home run in the top of the ninth, launching a 1-1 fastball from Garrett Stubbs 130 meters over center field.

"I was playing a little bit over my head today, but the more games we win the better," said Suzuki, who said MLB's all-star break presented a new challenge for him.

He was a five-time all-star in Japan, where players not taking part in the big games attend team practices.

"In Japan, I didn't have such a long extended layoff, so I didn't know what I should do, so I slept," Suzuki said. "I was able to really rest."

At Fenway Park, Hirokazu Sawamura was one of two Boston Red Sox pitchers who did not give up runs in a staggering 28-5 capitulation to the Toronto Blue Jays.

The right-hander struck out one in a 1-2-3 eighth with the result already beyond doubt for the Blue Jays, who racked up their highest score in club history.