With Russia's war on Ukraine setting alarm bells ringing in Japan about an assertive China, the defense budget has become one of the key issues in the House of Councillors election on July 10.

Polls show that the public is split on an increase in defense spending with a Kyodo News survey conducted from Sunday to Tuesday showing 47.8 percent of voters think the budget should be expanded to 2 percent or higher of the gross domestic product as the ruling Liberal Democratic Party has suggested, while 45.8 percent want spending to stay as it is or cut. 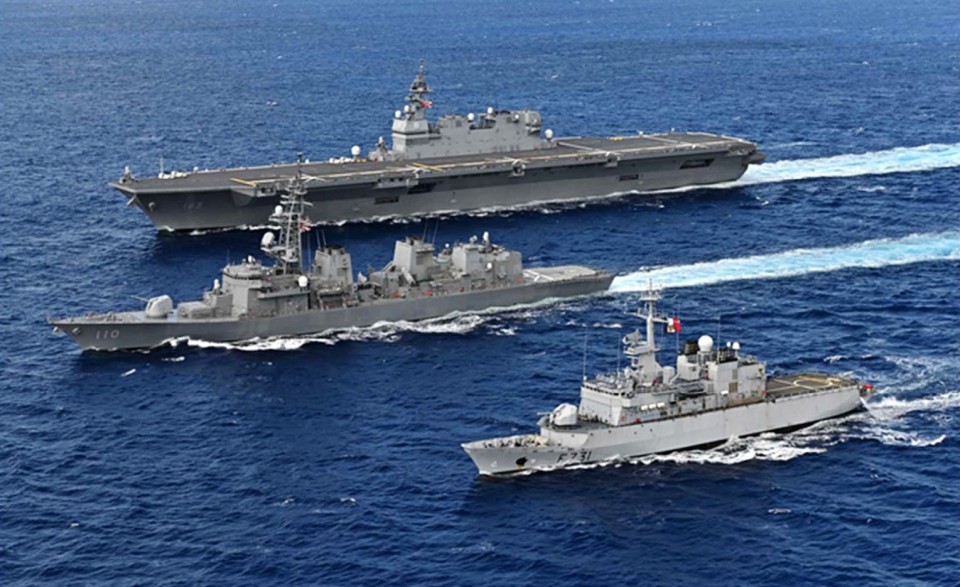 Photo taken June 27, 2022, shows the Japanese Maritime Self-Defense Force's carrier Izumo and destroyer Takanami conducting an exercise with a French frigate in waters near Hawaii. (Photo courtesy of the MSDF)(Kyodo)

But defense experts warn that the government should deepen discussions on how to go about strengthening defense capabilities needed to respond to potential threats instead of making an issue of setting a specific numerical target.

The LDP included in its campaign a pledge to raise the defense budget to 2 percent or more of the GDP.

"Following Russia's invasion of Ukraine, Japanese people have grown to more realistically perceive threats from China and North Korea" as fears grew that the war in Europe could sway Beijing to take a forceful approach to reunifying with Taiwan, and Pyongyang to step up military provocation to have its political and economic demands met, said Nobumasa Akiyama, dean of School of International and Public Policy at Hitotsubashi University.

Prime Minister Fumio Kishida said at a three-day Group of Seven major developed nations summit in Germany through Tuesday that the G-7 must prevent any nation from drawing "wrong lessons" from the war in Ukraine, according to a Japanese government official, apparently with China's intensifying military activities in mind. 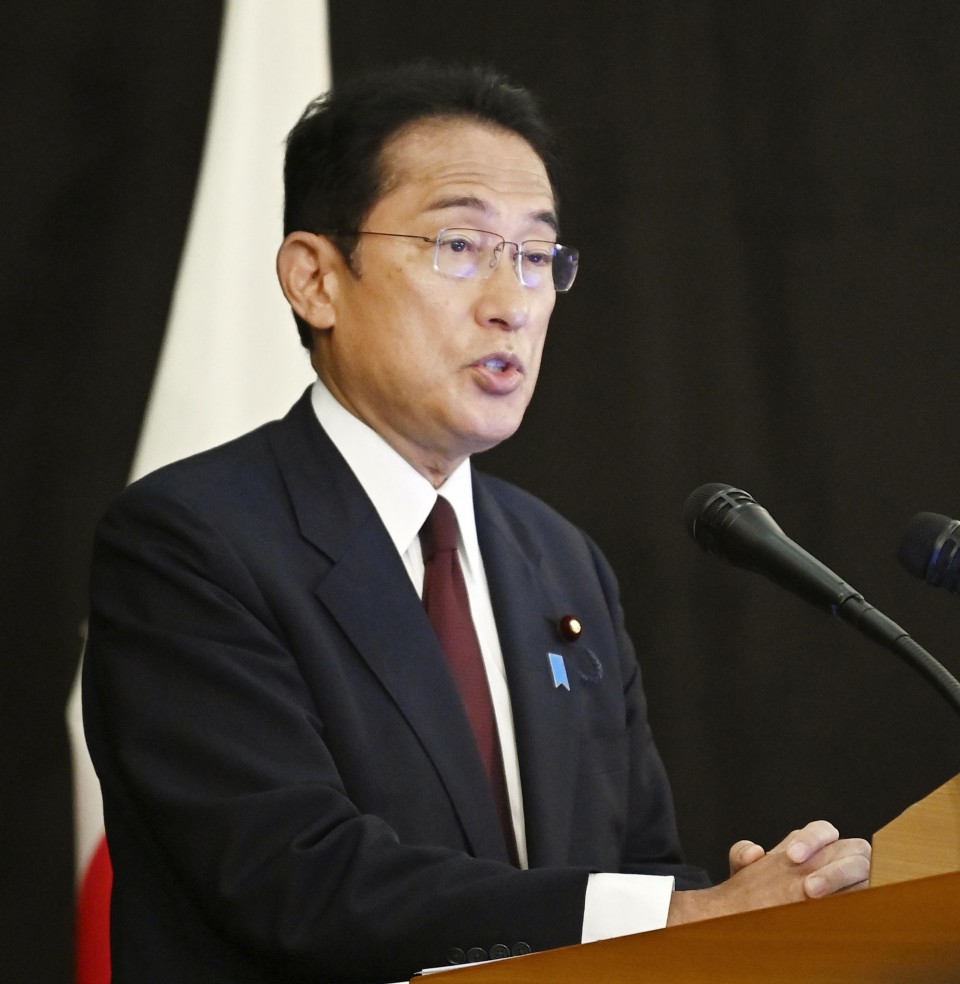 Referring to repeated intrusions by Chinese vessels into waters near the Tokyo-controlled, Beijing-claimed Senkaku Islands, and gas field exploration by China in a contested area in the East China Sea, Kishida was quoted by the official as saying that unilateral changes of the status quo will never be tolerated.

Pyongyang has repeatedly test-fired ballistic missiles toward the Sea of Japan since the start of this year, and there are signs the reclusive state is preparing for its first nuclear test since 2017.

Pledging to address these security challenges, the Kishida-led LDP plans an increase in defense spending over the next five years with an eye to a hike to a level in line with the North Atlantic Treaty Organization nations' target of 2 percent or more of their GDP.

Known for its pacifist Constitution, Japan has long capped its annual defense budget at around 1 percent of GDP, or about 5 trillion yen ($37 billion).

The party also vows to enable Japan to acquire controversial "counterstrike capabilities" in view of Pyongyang's ballistic missile threats. Those policies are expected to be written in the new National Security Strategy, which the government will update by the year-end.

Even some opposition parties argue that defense capabilities should be reinforced, with Kenta Izumi, leader of the main opposition Constitutional Democratic Party of Japan, saying the defense budget may have to be increased.

Izumi, however, criticized Kishida for advocating a sharp defense spending hike without proposing how it should be financed.

Akiyama said the fact that some parties support a defense buildup apparently suggests that security issues are becoming more of a political issue.

"Japan has no choice but to strengthen its deterrent against them (China and North Korea) while pursuing dialogue," he said.

Sanae Takaichi, the LDP's policy chief, has said the biggest issues in the election this time is foreign policy and national security.

Takaichi has also said that expanding defense spending to as much as 2 percent of GDP makes sense since it will send a "strong message" to other countries of Japan's "resolution to defend people's lives and its territory at any cost."

Akiyama says setting a numerical target is an understandable "political tactic" to maintain momentum for expanding defense outlays, but it still raises questions as to why the party is talking about a specific level of budget increase without holding adequate discussions about which defense capabilities need to be strengthened and how.

Hideki Uemura, a Ryutsu Keizai University professor, said setting such a target would potentially lead the government to constantly request the maximum amount and even buy unnecessary equipment to use up the budget.

Uemura is also critical of the LDP's plan of obtaining counterstrike capabilities, which could include long-range cruise missiles.

"Whether or not the use of a weapon can be called 'counterstrike' just depends on the timing it is used, so such capabilities could be used for a preemptive strike, too," said Uemura, adding the act of acquiring the capabilities itself could "possibly end up only provoking" Chinese President Xi Jinping and North Korean leader Kim Jong Un.

Akiyama expects that, if Russia's war in Ukraine prolongs, public interest could further shift from national security to the war's economic impact on Japan.

"Given such sharp inflation and the yen's recent depreciation, people would possibly become negative about raising defense costs," he said.