A major multinational naval exercise led by the U.S. Navy has been launched in the Pacific with 25 other nations participating amid growing U.S.-China tensions.

U.S. allies in the Indo-Pacific region including Japan, South Korea, Australia, New Zealand and the Philippines are participating in the biennial Rim of the Pacific exercise, regarded as the world's biggest naval training starting from Wednesday, according to the U.S. Navy. 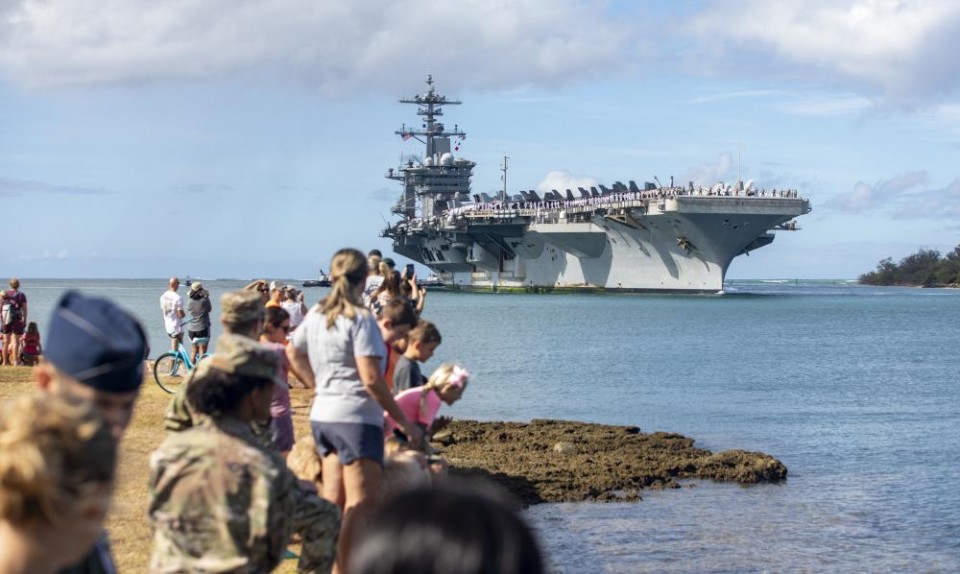 The exercise, known as RIMPAC, started at a time China is maintaining military pressure on Taiwan. Beijing views the self-ruled democratic island as part of its territory to be reunified and is asserting its territorial claims more aggressively in the East and South China seas.

The U.S. Congress urged President Joe Biden to invite Taiwan to the drill under the National Defense Authorization Act for the fiscal year through September 2022 which was enacted last December. But he held off on such a move apparently to avoid any further escalation in tensions with China.

China took part in RIMPAC in 2014 and 2016 but has not done so since 2018 when U.S.-China relations worsened under the administration of former U.S. President Donald Trump, with disputes ranging from trade and technology to human rights issues in Hong Kong and the far-west Xinjiang Province.

Some European countries including Britain, France and Germany are also among the participants. The nations have been stepping up engagement in the Indo-Pacific, with Britain dispatching a carrier strike group led by the Queen Elizabeth last year, and France and Germany as well as the Netherlands also sending naval vessels to the region the same year.

While Russia's invasion of Ukraine made European countries more united, the North Atlantic Treaty Organization specifically named China as a challenge for the first time in policy guidelines on Wednesday.

"We are making a statement about our commitment to work together, to foster and sustain those relationships that are critical to ensuring the safety of the sea lanes and the security of the world's interconnected oceans," U.S. Third Fleet Commander Vice Adm. Michael Boyle, also the commander of the RIMPAC exercise, was quoted as saying by the U.S. Navy.

As the drill runs through Aug. 4, 38 surface ships, four submarines, nine national ground forces, more than 30 unmanned systems, about 170 aircraft and over 25,000 personnel "will train and operate in and around the Hawaiian Islands and Southern California," the U.S. Navy said in a release. 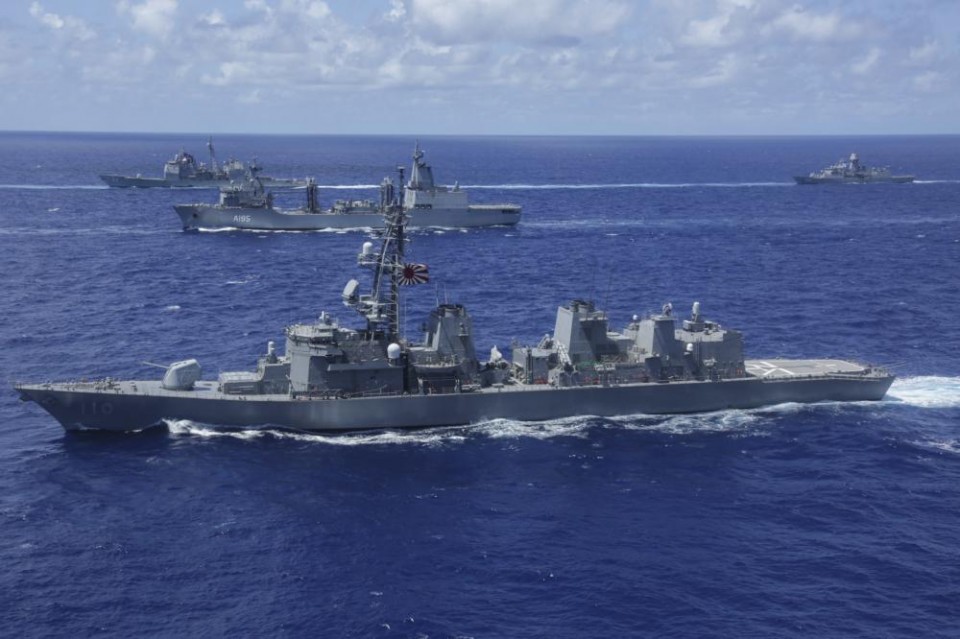 Supplied photo taken June 23, 2022, shows the Japanese Maritime Self-Defense Force's destroyer Takanami sailing together with U.S. and Australian naval ships to join the U.S.-led biennial Rim of the Pacific exercise, known as RIMPAC and regarded as the world's biggest naval training, held in waters near Hawaii and off Southern California. (Kyodo)

"By participating in RIMPAC, we'll improve tactics, enhance cooperation with the United States and other like-minded nations, and show our unity toward a free and open Indo-Pacific," Defense Minister Nobuo Kishi said Tuesday prior to the start of the drill, referring to a vision promoted by Tokyo and Washington in a veiled counter to Beijing.

In the previous RIMPAC in 2020, only 10 nations including Japan took part due to coronavirus pandemic restrictions, and the period was shortened to about two weeks. In 2018, 26 countries joined.