Japan's Self-Defense Forces guarded U.S. and Australian military assets a total of 22 times last year in protection missions under security legislation that took effect in 2016, according to the Defense Ministry.

The SDF guarded Australian assets for the first time in a protection mission during a joint drill in November following bilateral security talks last year amid China's rising assertiveness in the Indo-Pacific region.

The 21 other cases involved the guarding of U.S. military assets, down from 25 cases in 2020. The United States was previously the only country covered by SDF protection missions, with the first conducted in May 2017. 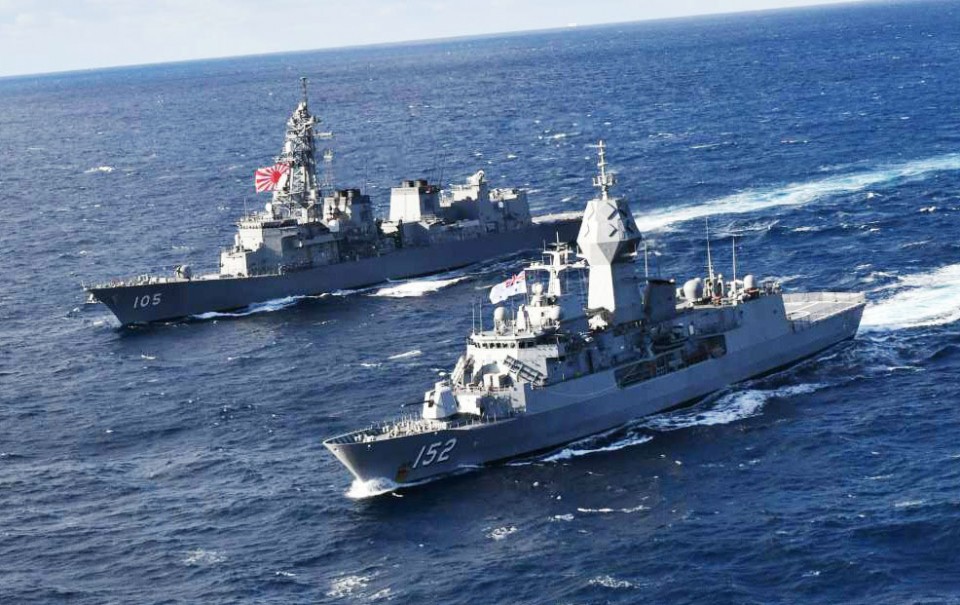 In 2021, the SDF provided protection four times to U.S. vessels engaged in monitoring ballistic missiles as well as 10 times to vessels and seven times to aircraft during joint exercises aimed at enhancing Japan's defense capabilities, according to data released by the ministry on Jan. 28.

The ministry did not release the specific dates and locations of the missions, saying they were directly linked to the operations of U.S. forces.

Under Japanese security legislation that loosened constraints imposed on SDF activities by the war-renouncing Constitution, SDF personnel are allowed to guard U.S. vessels and weapons when they are engaged in activities beneficial to the defense of Japan.

The protection missions can be conducted in various situations, including when Japan and the two countries are engaged in joint exercises or monitoring and information-gathering activities related to North Korean missile launches.

Japan can also provide protection when the two countries are engaged in transportation and supply activities during a crisis that could significantly affect Japan's security, but it has never conducted a protection mission in such circumstances.

Japan's protection of Australian military assets took place of south of the Shikoku region last November when the Maritime Self-Defense Force conducted a joint drill with an Australian frigate.

The drill took place after the defense and foreign ministers of the two countries agreed in June last year that the SDF would protect Australian military assets in noncombat situations to bolster the countries' "quasi alliance" in the face of China's military buildup and assertive territorial claims in the East and South China seas.