Football: Japan unable to turn possession into goals in draw with China

Japan were held to a goalless draw with China after failing to capitalize on the lion's share of possession in their East Asian Football Federation E-1 Championship clash on Sunday.

Hajime Moriyasu's team of domestically based players had the run of play throughout the contest at Toyota Stadium but were toothless in front of goal.

The hosts did little to trouble China keeper Han Jiaqi before the break despite spending most of the opening half camped around the opposing box.

Mao Hosoya spurned a chance for Japan early in the second half, blazing over the crossbar from close range. The Kashiwa Reysol forward sent another shot straight at Han following a promising buildup by the men in blue. 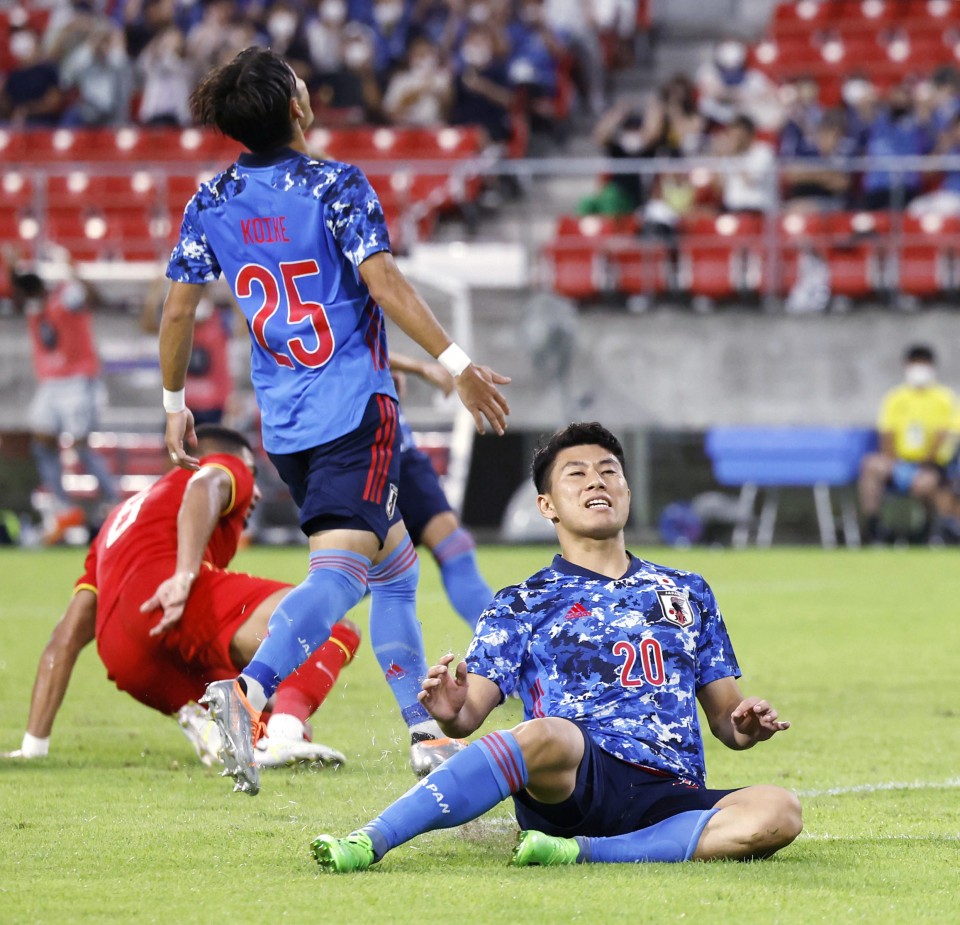 Mao Hosoya of Japan reacts after spurning a chance in the second half of a goalless draw with China in their East Asian Football Federation E-1 Championship clash at Toyota Stadium on July  24, 2022. (Kyodo)

In a rare chance for the visitors, defender Zhu Chenjie let Japan off the hook when he shot over the bar from a set piece.

Japan made repeated forays into the Chinese area late in the game but lacked a finishing touch.

The Samurai Blue opened the tournament with a 6-0 win over Hong Kong at Kashima Stadium last Tuesday. They will face unbeaten South Korea in their final match of the round robin at Toyota Stadium on Wednesday.