Japan's women's national team came from behind to beat Taiwan 4-1 on Saturday for their second straight win at the East Asian Football Federation E-1 Championship.

Nadeshiko Japan fell behind in the eighth minute through a Su Sin-yun header from a corner at Kashima Stadium, but Remina Chiba glanced in a header from Hikaru Naomoto's corner in the 14th minute before the hosts began to dominate. 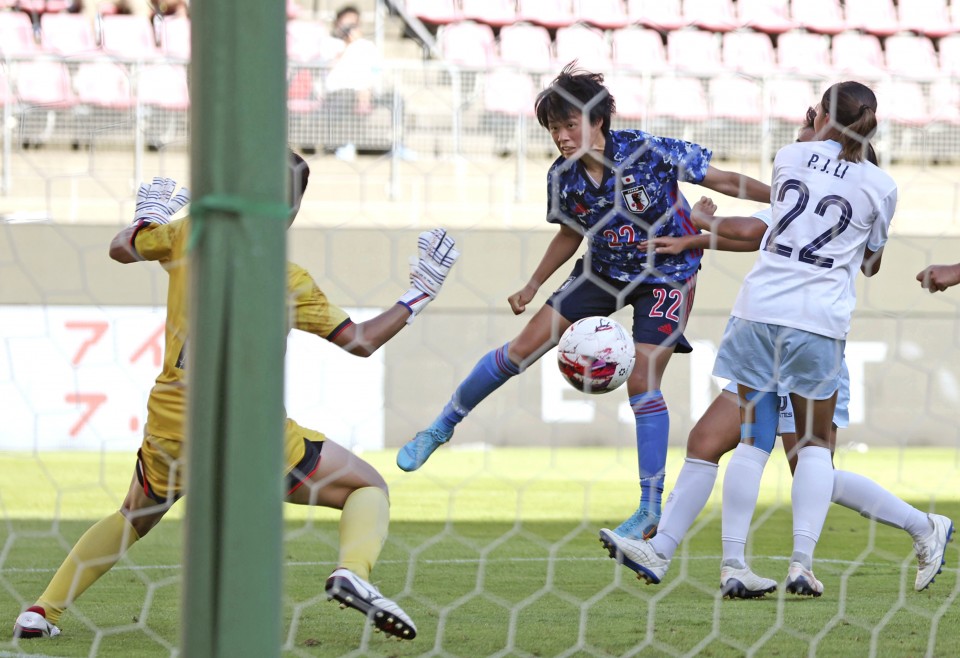 Captain Naomoto was again the provider as a largely domestic-based Japan side took the lead in the first-half stoppage time, Mami Ueno heading in the midfielder's cross from the left.

Kiko Seike's tenacity paid off for Japan's 57th-minute third as the defender kept the Taiwan defense under pressure inside their box and blocked a clearance that bounced into the back of the net.

Chen Yen-ping flashed a shot wide in a rare chance for Taiwan before substitute Yuika Sugasawa steered a loose ball past the keeper from close range in the 72nd minute following a good dribble into the box by Asato Miyagawa.

Japan will play China on Tuesday at the same venue in search of the title.

"We simply had lots of mistakes in the first half but managed to adjust after the break," said Naomoto. "We ground out wins from these two games thanks to everyone's effort. We'll prepare our best to deliver results."