Chinese President Xi Jinping and his Russian counterpart Vladimir Putin have agreed to work together to counter the international order dominated by the United States and democratic European nations, the Foreign Ministry said Wednesday.

During his telephone talks with Putin, Xi said Beijing and Moscow should join hands to promote the development of a "fair and just" international order, according to the Chinese ministry. 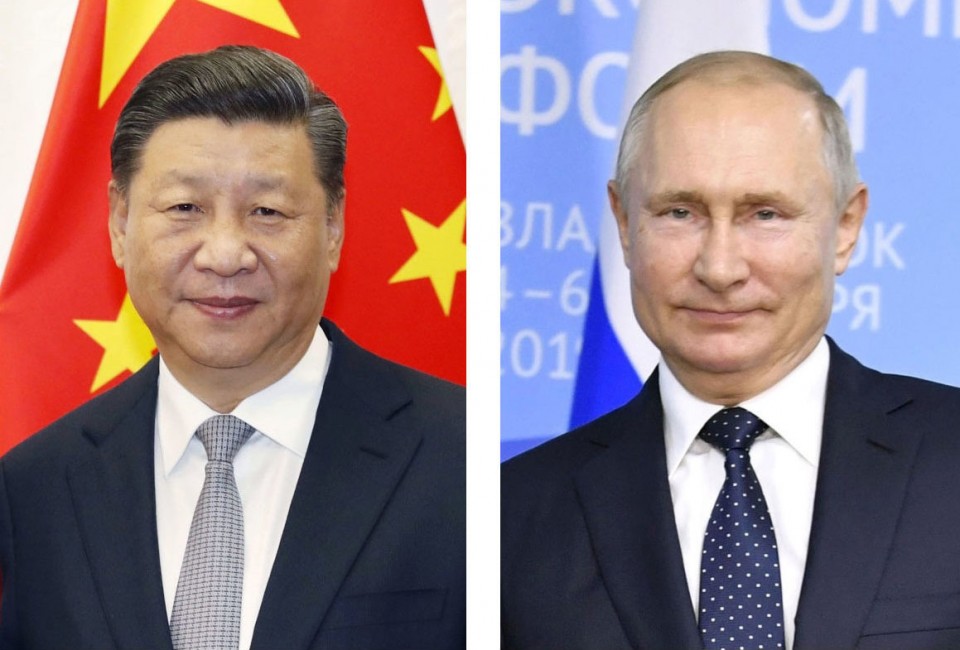 Amid Russia's prolonged invasion of Ukraine, Xi was also quoted by the ministry as telling Putin that Beijing is willing to continue supporting Moscow so that Russia can safeguard its core interests, such as sovereignty and security.

Since Russia launched a major attack on Ukraine on Feb. 24, China has shied away from criticizing Moscow while opposing punitive sanctions on the nation imposed by the United States and European countries.

In their first phone talks since Feb. 25, Putin told Xi that Russia opposes any attempts by foreign powers to interfere in China's internal affairs, including Taiwan, Hong Kong and Xinjiang, the ministry said.

Putin visited China on Feb. 4 and met with Xi before participating in the opening ceremony of the Beijing Winter Olympics.

China and the Soviet Union, Russia's predecessor state, were competitors during the Cold War. They were at odds over interpretations and practical applications of Marxism-Leninism, the ideology of 20th-century communism.

But the two nations have been reinforcing cooperation in recent years as their relations with the United States have deteriorated.