Japanese Prime Minister Fumio Kishida said Saturday he will seek to confirm unity with his fellow Group of Seven leaders in responding to Russia's war against Ukraine, inflation and other global challenges.

Speaking to reporters at his residence before embarking on a five-day trip to Germany and Spain for G-7 and North Atlantic Treaty Organization gatherings, Kishida also expressed hope for boosting cooperation between Japan and NATO "to a new stage."

"I would like to exchange candid views on Russia's aggression in Ukraine, rising prices, the situation in Indo-Pacific and climate change, among other challenges, and exhibit G-7 unity," Kishida said. 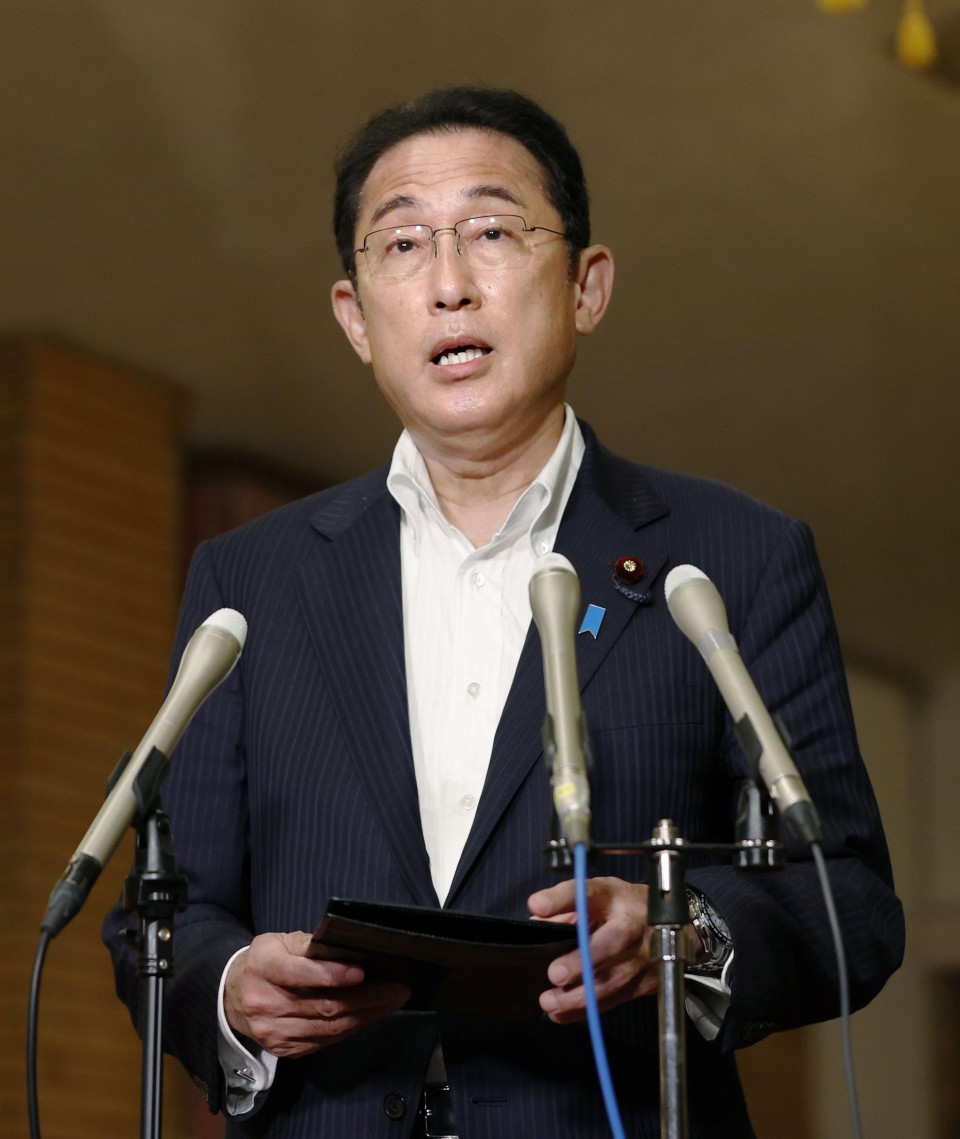 The G-7 leaders are gathering in the southern Germany resort of Schloss Elmau for a three-day summit from Sunday, where they are expected to discuss the situation in Ukraine, energy security and an emerging food crisis due to the war.

Kishida will then travel to Spain to attend a NATO summit for the first time as a Japanese leader to stress unilateral attempts to change the status quo by force are not permissible and that the security of Europe and the Indo-Pacific are linked.

When asked about the possibility of holding talks with South Korean President Yoon Suk Yeol, who is also attending the NATO summit, Kishida said there are currently no plans, adding that he will decide what to do based on Tokyo's consistent position on diplomatic issues that have strained relations between the two Asian neighbors.

Bilateral ties between Japan and South Korea remain chilled over wartime issues dating back to the 1910-1945 Japanese colonial rule of the Korean Peninsula, and no top-level talks have been held in recent years.