Prime Minister Fumio Kishida is set to reiterate Japan's opposition to any actor using force to unilaterally change the status quo when he travels to Germany and Spain for leaders' gatherings from Sunday, while pressing a case for coordinated action to punish Russia for its war in Ukraine.

As leader of the only Asian nation in the Group of Seven -- and the first Japanese prime minister to attend a summit of the North Atlantic Treaty Organization -- his mission is also to address the situation in Asia and the broader Indo-Pacific region which is increasingly being challenged by an assertive China.

For Kishida, like other G-7 leaders, accelerating inflation is creating a cost-of-living headache in Japan as energy, grain and commodity prices surge. The war in Ukraine, in its fifth month, has cast a pall over the global economy. 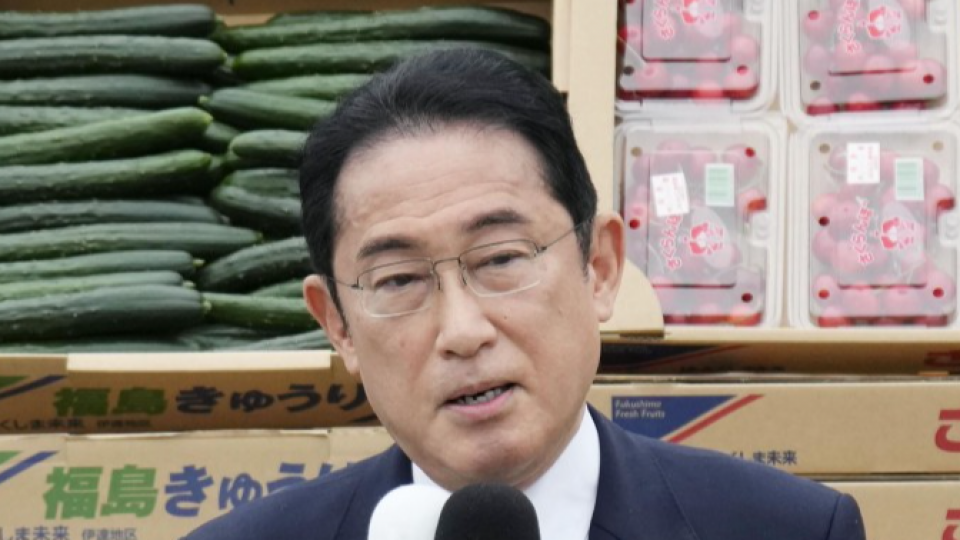 "I will press the case that the security of Europe and the Indo-Pacific are inseparable and unilaterally changing the status quo should never be tolerated anywhere in the world," Kishida said when he announced his plan to attend the NATO summit earlier in the month.

The prime minister has stressed the importance of cooperation with other nations, saying "No country can ensure its safety all by itself."

Japan has strongly condemned Russia over its atrocities and provided nonlethal defense equipment and humanitarian assistance to the Eastern European country.

In light of the conflict involving a nuclear-armed Russia, Kishida is expected to explain at the G-7 summit that Hiroshima, one of two cities to suffer atomic bomb attacks during World War II, is a fitting place to host the leaders' gathering next year under the Japanese presidency, a government official said.

As Russia looms large, the G-7 leaders will meet for three days from Sunday in Schloss Elmau, Germany, to coordinate their responses to the crisis in Ukraine and discuss a range of issues confronting the world, including energy and food security.

Ukrainian President Volodymyr Zelenskyy is expected to participate in the meeting, with long-term assistance to his nation expected to be high on the agenda.

Chancellor Olaf Scholz of Germany, the host of the summit, said this week he wishes to discuss a "Marshal Plan" to help rebuild Ukraine, referring to a U.S.-led plan that drove Europe's recovery after World War II.

The G-7 -- Britain, Canada, France, Germany, Italy, Japan, the United States plus the European Union -- has already upped the pressure on Russia by unveiling a raft of sanctions, including a ban or phase-out of Russian oil imports.

Natural gas and gold are among a list of items cited as options for future sanctions, but experts say it remains unclear how far the G-7 can go.

"The message will be that they will do whatever they can to add pressure on Russia," said Kazuto Suzuki, a University of Tokyo professor who is an expert on the international political economy.

"The key is to raise the cost of war for Russia but sanctions also hurt the very countries that impose them. Gas, for that matter, represents a dilemma for Europe," said Suzuki, who is well-versed in economic sanctions.

Kishida has attributed rising prices in Japan, a rare occurrence in a nation that suffered years of deflation, to the Russian war on Ukraine. The nation has been struggling to export grain due to Russia's blockade of the Black Sea.

The G-7 meeting comes at a pivotal moment in history when the international order is in flux. Ukraine is now seeking to join the European Union while Finland and Sweden want to become members of NATO to move under the umbrella of collective defense it provides.

The NATO summit runs from Tuesday to June 30 and Kishida is attending part of the event. Japan is a partner nation along with South Korea, Australia and New Zealand -- all close allies of the United States.

For its part, Japan aims to deepen cooperation with NATO, a 30-member military alliance that is increasingly looking to the Indo-Pacific, in apparent view of China. Tokyo and the Western alliance have been seeking to promote practical cooperation.

China is a major trading partner for Japan but bilateral relations are often tense. It continues to send ships to waters around the Senkaku Islands in the East China Sea, a group of uninhabited islets administered by Japan but claimed by China.

"(The summit) comes at a time when NATO is transforming itself from a regional, Russia-focused alliance into a more global one. What that means is that NATO and its partners are on one side and Russia and China on the other," Suzuki said.

"That said, NATO sees Russia as a military threat but it has yet to be clear on how China should be dealt with," he said.

"Japan has more experience and knowledge than Europe regarding China. So the role for Japan is to explain it and sound the alarm."