The bodies are believed to be those of Akira Soyama, a 27-year-old deckhand, and a woman who were among 12 people still unaccounted for after the Kazu I sank in bad weather. 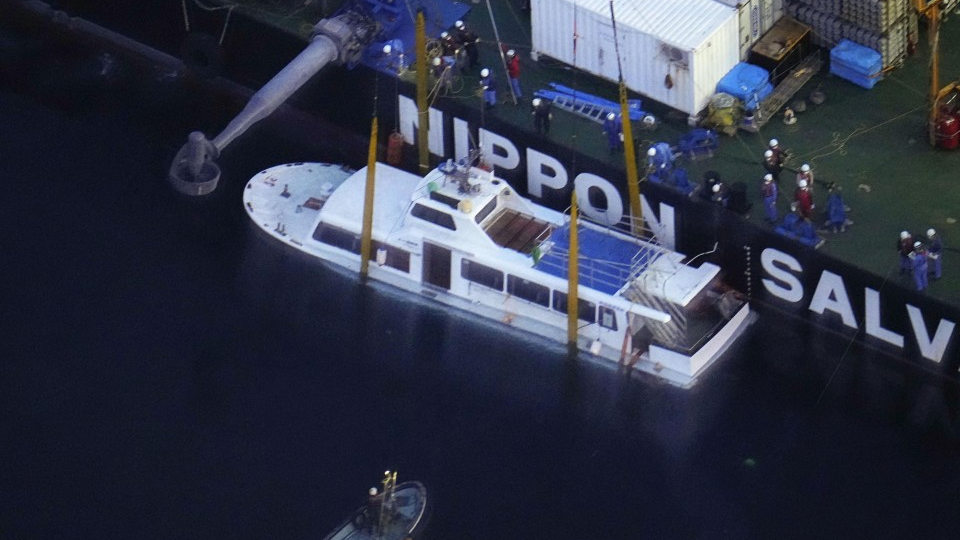 Photo taken from a Kyodo News helicopter on May 26, 2022, shows the salvaged tour boat Kazu I which sank off Hokkaido, Japan, in April. (Kyodo)

The boat, carrying 26 people, went missing on April 23 after leaving port in Shari, a town on Japan's northernmost main island, for a cruise along the Shiretoko Peninsula. The vessel, which departed despite bad weather warnings, was located on the seabed off Hokkaido on April 29.

Fourteen victims had already been identified.

The woman's body was found on the west coast of Kunashiri Island on May 10. Nine days later, another body was discovered with a driver's license located nearby indicating it was Soyama.

DNA from the deckhand and three missing women had been passed to Russia to see if they matched any bodies found washed ashore, the Japan Coast Guard said.

Japan will reconfirm the victims' identities once the bodies are handed over.

Kunashiri Island is one of four Russia-controlled, Japan-claimed islands collectively called the Northern Territories by Tokyo and the Southern Kurils by Moscow.

Salvaged Hokkaido tourist boat craned from barge ahead of inspection