A tourist boat that sank off Japan's northernmost main island of Hokkaido last month arrived at the port of Abashiri on Friday after being salvaged, setting the stage for a full-fledged investigation into the cause of the accident that left 14 people dead and 12 missing.

The 19-ton Kazu I, being transported on a barge, will be brought ashore as early as Sunday after seawater is drained from it, according to the Japan Coast Guard. 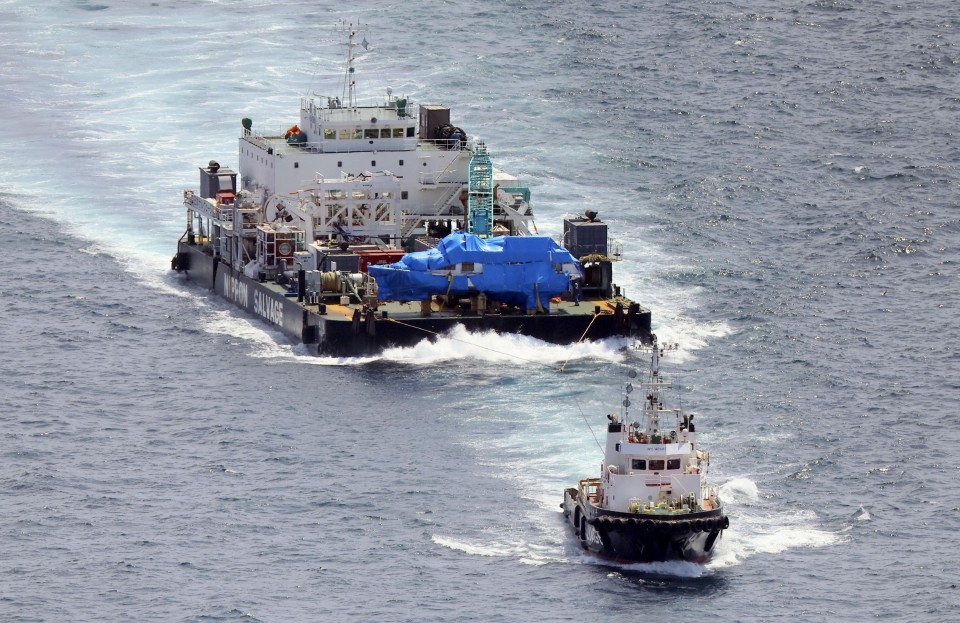 Photo taken from a Kyodo News helicopter on May 27, 2022, shows a sunken tour boat covered with a blue tarpaulin off the Hokkaido town of Shari, northern Japan. It is being transported to the port of Abashiri after an initial attempt to salvage the vessel, which went missing in late April with 26 people aboard, resulted in it sinking to a depth of about 180 meters. (Kyodo) ==Kyodo

Nippon Salvage Co. placed the boat on the deck of the barge at around 3:20 a.m. Friday after it was raised by crane from a depth of 182 meters, having failed to tow the vessel closer to the port earlier this week.

The boat with 26 people aboard went missing after departing on April 23 for a three-hour cruise around the Shiretoko Peninsula, a World Natural Heritage site, despite bad weather forecasts and warnings.

The coast guard is continuing to search for the 12 people unaccounted for using ships and planes. Deepwater divers had searched inside the boat but found no trace of the missing.

The tour boat was first located on the seabed at a depth of around 120 meters on April 29 near Kashuni Falls, a popular scenic site near the tip of the peninsula, from where it had issued a distress call.

Earlier this week, the boat dropped back to the seabed while being towed to shallow waters after it was raised to a depth of around 20 meters.

It has been revealed that the boat operator did not take adequate safety measures, such as its president not fulfilling an obligation to stay in the office while a tour was under way.

Prime Minister Fumio Kishida suggested in parliament Friday that there was a lack of supervision, saying, "The transport ministry was not able to fully fulfill its responsibilities." 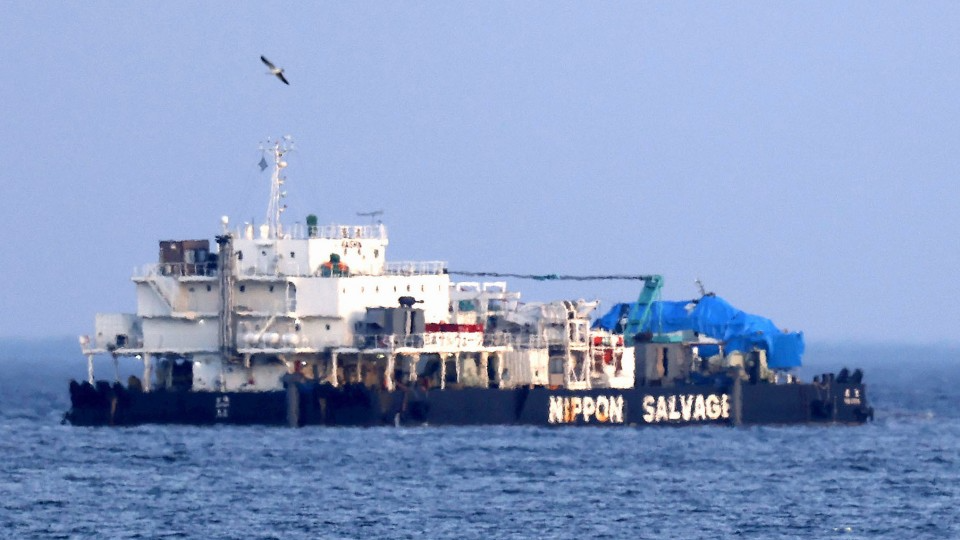 Photo shows the tourist boat Kazu I, covered in a blue sheet, on a Nippon Salvage Co. barge off Shari, Hokkaido, on May 27, 2022. (Kyodo)