The United States and its allies will carry out a "swift and forceful response" against North Korea if it conducts a nuclear test, a senior U.S. diplomat said Tuesday.

"What I think is most important is how completely aligned we are between our two countries and trilaterally with Japan," Sherman told reporters in Seoul after a meeting with South Korea's first Vice Foreign Minister Cho Hyun Dong. 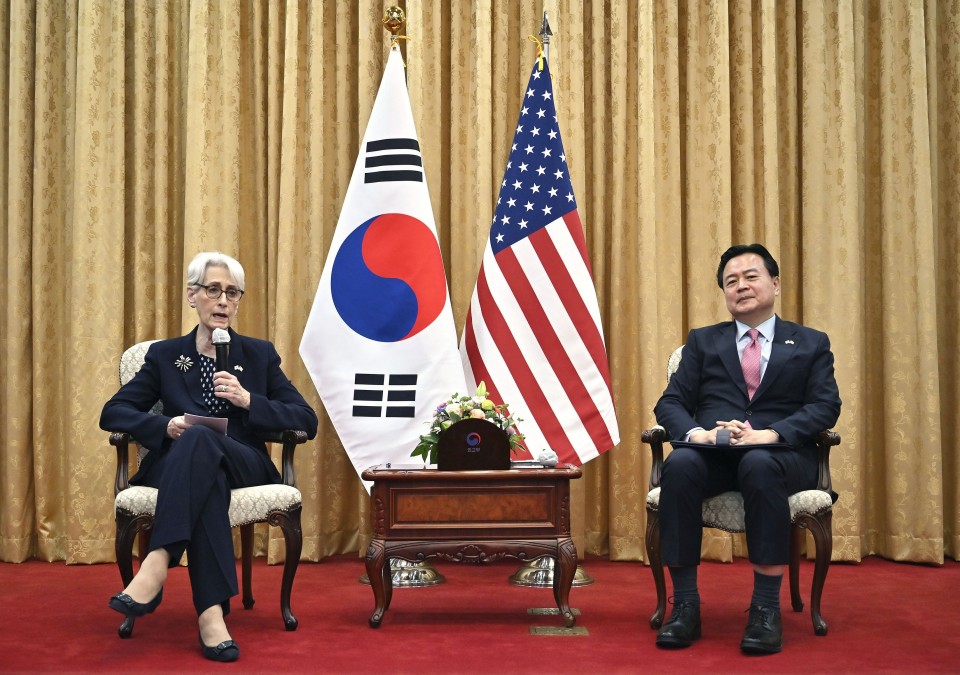 Sherman also said the United States harbors no hostile intent toward North Korea and continues to urge Pyongyang to stop its "destabilizing and provocative activities" and return to the "path of diplomacy."

U.S. State Department spokesman Ned Price said Monday in Washington, "We remain concerned that the DPRK could seek a seventh nuclear test in the coming days," referring to North Korea by the acronym for its official name, the Democratic People's Republic of Korea.

Sherman is scheduled to hold a trilateral meeting with Cho and Japanese Vice Foreign Minister Takeo Mori in Seoul on Wednesday.