Japanese Defense Minister Nobuo Kishi said North Korea had fired at least six ballistic missiles from more than three locations on the country's east and west coasts as well as inland, and they traveled 300 to 400 kilometers eastward. 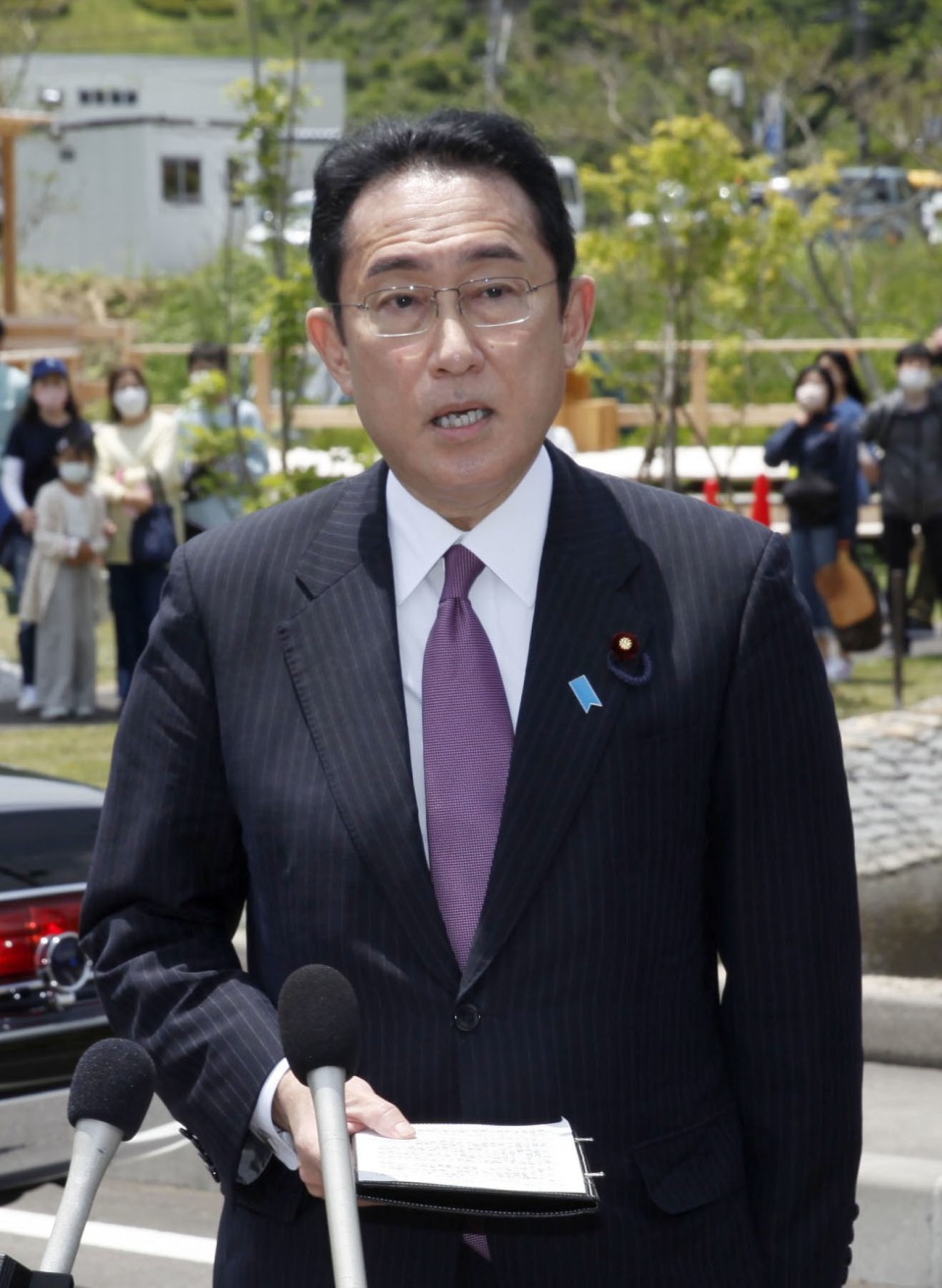 Kishi said the projectiles achieved maximum altitudes of 50 to 100 km and more than one flew on irregular trajectories before falling into the sea.

South Korea's military said the launches were detected from 9:08 a.m. to 9:43 a.m. from a total of four locations, including the Sunan area near the North's capital Pyongyang.

"We cannot tolerate such launches because they threaten the peace and stability of the international community," Kishida told reporters in Fukushima Prefecture, northeast of Tokyo.

"We will continue our best efforts to collect information and conduct surveillance in close coordination with the United States and South Korea," he said.

Kishi said his ministry had assessed that the missiles landed outside Japan's exclusive economic zone and there were no reports of damage to ships or aircraft.

"It is unusual that (North Korea) fired an extremely large number (of missiles) from more than three locations in a short time," the defense minister said. "(North Korea) may have advanced consecutive firing capabilities."

The U.S. Indo-Pacific Command said in a statement that it was aware of "multiple ballistic missile launches" by North Korea, and consulting closely with allies and partners.

The command said the launches "highlight the destabilizing impact of the DPRK's illicit weapons program."

The United States' commitment to the defense of Japan and South Korea "remains ironclad," the statement said.

North Korea has fired a series of projectiles, including an intercontinental ballistic missile and two other missiles on May 25 just after U.S. President Joe Biden ended a trip to Seoul and Tokyo.

The launches came amid signs that Pyongyang is preparing to conduct what would be a seventh nuclear test and its first since 2017.