U.S. believes Ukraine war has not emboldened China to move on Taiwan

Russia's war in Ukraine has not emboldened China to attack Taiwan, the top U.S. intelligence chief indicated Tuesday, given Moscow's limited progress in the invasion and the unity shown by the West in imposing sanctions.

The U.S. intelligence community has so far "not assessed that the Russia-Ukraine crisis is likely to accelerate their plan vis-a-vis Taiwan," Director of National Intelligence Avril Haines told a Senate committee, while adding China is likely to be still evaluating and taking lessons from events in Ukraine.

She said Beijing is likely to have been "surprised" by the degree to which the United States and Europe came together to enact sanctions, saying "that is something, obviously, that they're going to be looking at in the context of Taiwan." 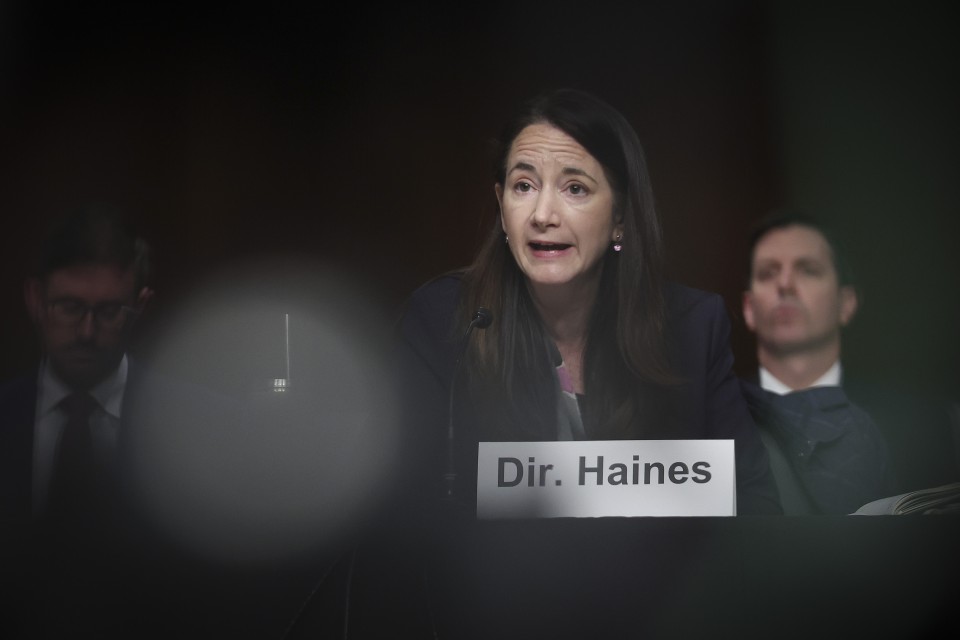 Director of National Intelligence Avril Haines testifies before the Senate Committee on Armed Services on May 10, 2022 in Washington. (Getty/Kyodo)

Another factor that would affect Beijing's decision is the "confidence they have that they are able militarily to take action in Taiwan," she said.

But she added, "Seeing what happened in Russia, that may give them less confidence in some respects over what it is that's likely to happen."

Russia's invasion of Ukraine has stirred some concerns China may seek to take advantage of a situation in which the United States and Europe are preoccupied with the war to escalate its approach to Taiwan.

Speaking at the same Senate Committee on Armed Services, Lt. Gen. Scott Berrier, director of the Defense Intelligence Agency, said he believes China would prefer to achieve its goal of reunifying Taiwan with the mainland "peacefully over time," rather than by force.

"I think they're learning some very interesting lessons from the Ukrainian conflict," Berrier said, citing the importance of leadership, small unit tactics, as well as effective training with the right weapons systems, among other issues.

Haines warned the Chinese are "working hard to effectively put themselves into a position in which their military is capable of taking Taiwan" even if the United States intervenes.

Taiwan and mainland China have been separately governed since they split as a result of a civil war in 1949. Beijing, which regards Taiwan as a renegade province, has since endeavored to bring the island back into its fold.

Taiwan is seen as a potential military flashpoint that could draw the United States into conflict with China.

While Washington switched its diplomatic recognition from Taipei to Beijing in 1979, it maintains substantive though unofficial relations with Taiwan and supplies the island with arms and spare parts to maintain sufficient self-defense capabilities.

During the war in Ukraine, the United States has not sent troops to the East European nation, which is not a member of the North Atlantic Treaty Organization. But the United States and its allies have helped Ukraine defend itself by supplying weapons and other assistance.

Facing fierce resistance from Ukraine, Russia failed to capture the capital Kyiv and has shifted its focus to the eastern Donbas region, an area where Ukrainian forces have been fighting pro-Russian separatists since Russia's 2014 annexation of Crimea.

Haines said Russian President Vladimir Putin may have no intention to end the war even if he succeeds in eastern Ukraine.

"We assess President Putin is preparing for a prolonged conflict in Ukraine, during which he still intends to achieve goals beyond the Donbas," she said.

FOCUS: Biden's trip to Asia to signal China is on watch despite Ukraine war