Japan's transport ministry is considering revoking the license of the operator of a tour boat that sunk off Hokkaido two weeks ago leaving 14 people dead and 12 missing, ministry sources said Saturday, marking what would be the heaviest administrative penalty ever imposed under the maritime transportation law.

Seiichi Katsurada, the president of Shari-based boat operator Shiretoko Yuransen, submitted documents claiming he had at least three years of experience in operations, although he does not have a boating license and served as the company's operations manager, according to the sources. 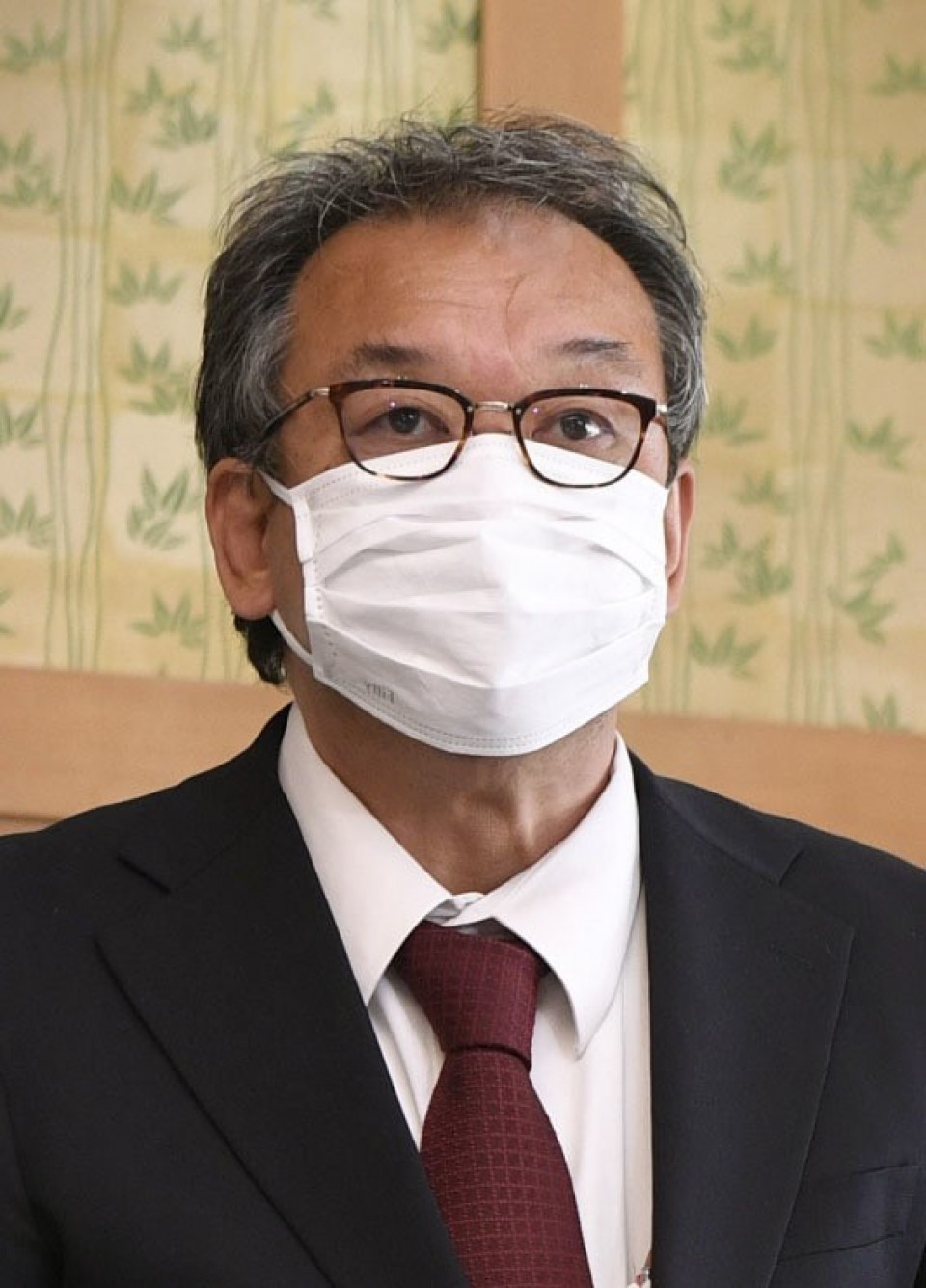 Seiichi Katsurada, president of Shiretoko Yuransen, the operator of the tourist boat that sunk off Hokkaido, northern Japan, with 26 passengers and crew aboard. (Kyodo)

Katsurada had also initially incorrectly told families of the victims that the captain of the boat was the operations manager, stating in distributed documents that "many aspects of the ship's operations were left to staff."

The 58-year-old briefly attended a meeting Saturday in Shari with the families to discuss compensation for the accident, including death benefits and funeral expenses.

Meanwhile, the Japan Coast Guard is continuing its search for the 12 who remain missing in waters near Kunashiri Island, one of four Russia-controlled, Japan-claimed islands off Hokkaido.

A Nippon Salvage Co. camera-equipped ship arrived Saturday at the scene near where the boat sank. It is expected to search using a technique that lets divers work at substantial depths for lengthy periods by reducing the need for decompression at the end of every dive.

The ministry is conducting a special probe into the incident as Shiretoko Yuransen was found to have violated safety rules in allowing the 19-ton Kazu to depart on April 23 despite a warning for bad weather.

As operations manager, Katsurada was required to be in the office while the boat was out at sea, but it was found he had gone to a city about 100 kilometers away that day without arranging for someone to take his place.

Although cellphones were designated as the primary means of communication between the office and the boat, the connection was unreliable for most of the boat's route.

The boat was carrying 24 passengers and two crew members when it went missing after leaving port in Shari for a cruise along the Shiretoko Peninsula, designated as a World Natural Heritage site.

Contact was lost after it issued a rescue call around Kashuni Falls, a popular scenic site near the tip of the peninsula. The vessel's hull was found six days later at a depth of 120 meters on the seabed near the waterfall.