Japanese Emperor Naruhito met U.S. President Joe Biden at the Imperial Palace in Tokyo Monday, with the emperor expressing hope for further promoting Japan-U.S. relations as the U.S. leader continues his first visit to the country since taking office.

In the 30-minute meeting, Biden told the emperor the two countries have a strong bond and that Japan is its most important partner in the Asia-Pacific region, according to the Imperial Household Agency. 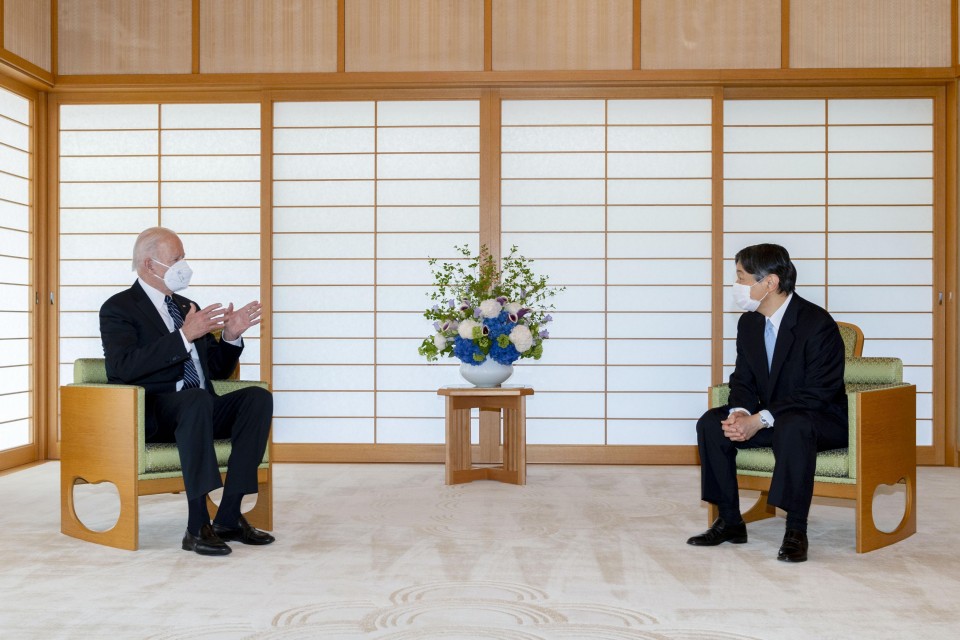 The emperor responded that he "hoped that the friendship and goodwill between Japan and the United States would advance even more with the visit," the agency said.

The emperor, who studied in Britain at the University of Oxford, greeted Biden in English, and the two were seen sharing a laugh.

Both then allowed the media to take photos before entering the palace.

The last time the two met was in December 2013, when the emperor was crown prince and Biden was serving as vice president under the administration of then U.S. President Barack Obama, according to the agency.

The president's visit with the emperor was intended "to offer greetings on behalf of the American people, highlighting the strength of the U.S.-Japan relationship anchored by deep people-to-people ties," the White House said in a statement given to the press.

This marked the second time the emperor, who ascended the throne on May 1, 2019, has welcomed an American president. Biden's predecessor Donald Trump had a state visit later in May of 2019.

Following the meeting with the emperor, Biden held talks with Japanese Prime Minister Fumio Kishida, focusing on security and economic issues such as Ukraine, China and North Korea.