No. 4 maegashira wrestler Takanosho survived a battle with a title contender to improve to 10-2 on Thursday and retain the sole lead after 12 days of the Summer Grand Sumo Tournament.

Takanosho avoided a trap to shove out No. 15 Ichiyamamoto (8-4). After the two collided, Ichiyamamoto took a step back and tried to pull down the former sekiwake, but failed.

Takanosho maintained his balance, pivoted left and drove his now vulnerable opponent from the ring in a flash. 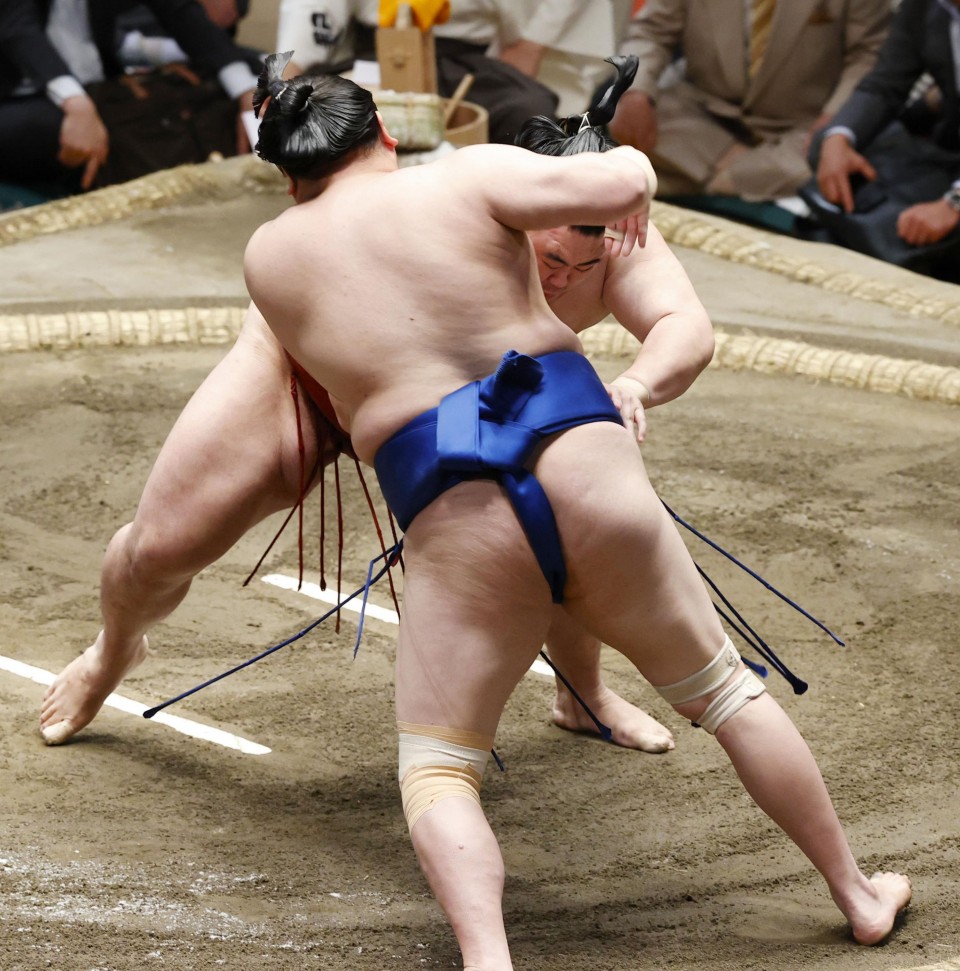 Takanosho (facing camera) and Ichiyamamoto fight on the 12th day of the Summer Grand Sumo Tournament on May 19, 2022, at Tokyo's Ryogoku Kokugikan. (Kyodo)

Terunofuji has appeared less than 100 percent fit since pulling out of March's tourney with knee and heel injuries. On Thursday, however, he showed impressive strength at the end, recovering from a weak position by hoisting sekiwake Wakatakakage (6-6) off his feet and over the straw.

No. 6 Ura pulled a rabbit out of his hat to defeat ozeki Takakeisho (6-6) and improve to 9-3. With his back to the straw bales and headed out under strong pressure from the ozeki's powerful shoves, Ura spun out of the way.

Takakeisho's momentum carried him out, while the spinning maegashira magnificently maintained erect on one foot, only crashing to the sandy surface after the ozeki stepped down over the straw bales.

Ozeki Shodai made the most of the second chance he received from the ringside judges, who ordered a rematch after he appeared to lose to Tobizaru. The ozeki then blew the tricky No. 5 out of the ring to his seventh loss after the restart. 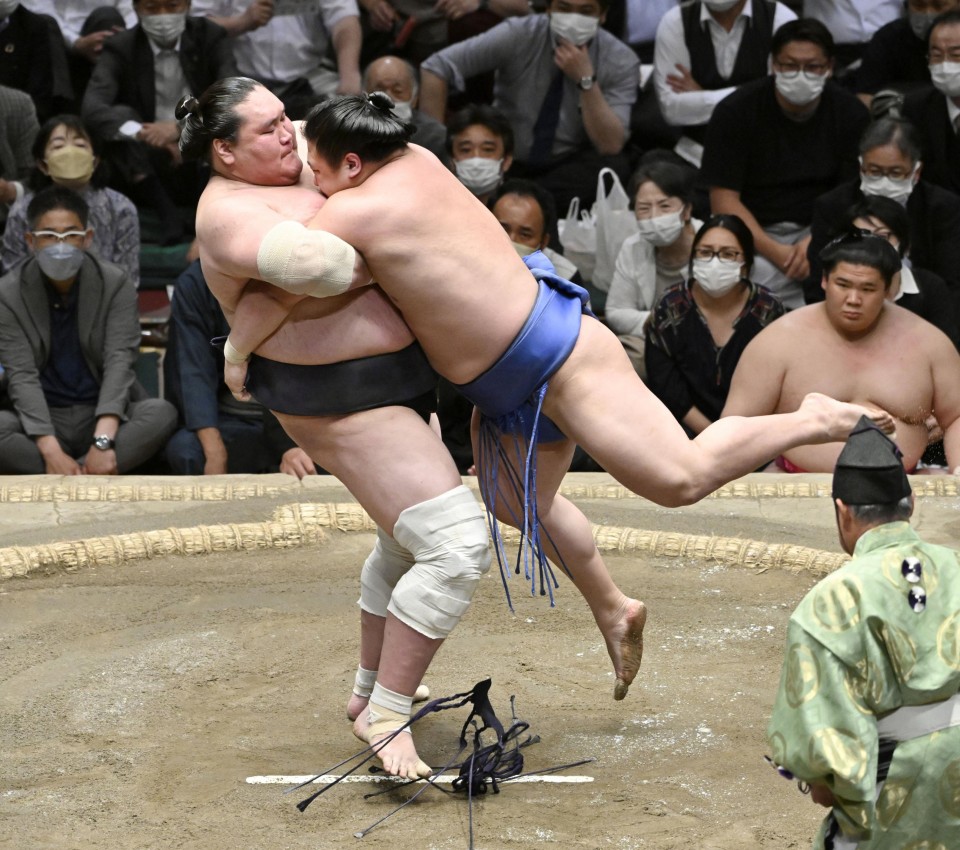 Shodai (5-7) has looked completely out of form since Day 1, but the win kept his hopes of a winning record alive.

On Friday, Shodai will square off in a battle for survival against rival ozeki Mitakeumi.

Mitakeumi (5-7) suffered just his third defeat in 12 career bouts to sekiwake Abi (6-6), who slammed home low on his charge, stood the ozeki up and withstood his attempts at a pull down before shoving him out to defeat.

Komusubi Daieisho joined a group of five wrestlers, including Ichiyamamoto, two wins back at 8-4 by backing off his charge and pulling down veteran Mongolian No. 3 Tamawashi (6-6).

Georgian No. 9 and former ozeki Tochinoshin and his Kasugano stablemate, Bulgarian No. 11 Aoiyama, a former sekiwake, also both improved to 8-4.