"Ukraine needs various military technologies, including planes and tanks, and South Korea can help Ukraine," Zelenskyy said in his virtual address to the National Assembly. "South Korea has the military hardware that can help us fight against Russia." 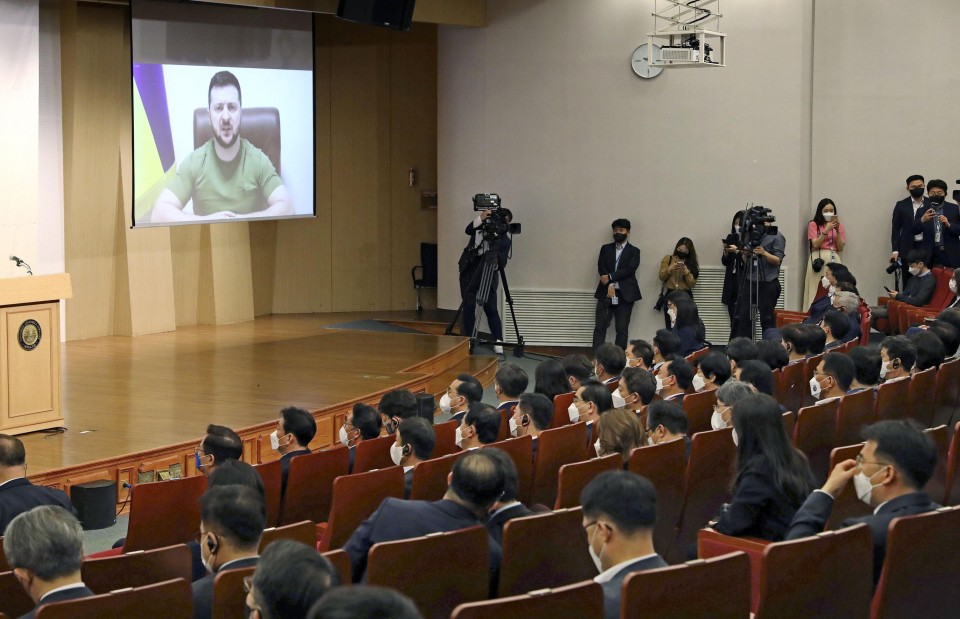 Ukraine's wartime president added that South Korean help will be much appreciated as it will save not only ordinary people's lives but also Ukraine as a whole, and that could also lead to saving other countries if attacked by Russia.

South Korea has provided Ukraine mostly with humanitarian aid so far, taking the stance that it is difficult to support the Eastern European country with lethal weapons. It has sent bulletproof helmets, among other things.

Zelenskyy also referred to the 1950-1953 Korean War, saying South Korea was able to overcome an enemy assault with the help of international society.

Since Russia's invasion on Feb. 24, the president has virtually addressed legislatures in a number of countries, including Germany, Japan and the United States, in a bid to drum up support for Ukraine.