Object ruled out as sunken Hokkaido boat after diver checks

Sonar readings have detected multiple objects on Tuesday in the search for the tour boat that disappeared off Hokkaido, with one near the scene already ruled out after diving investigations were curtailed by bad weather, the coast guard said.

As part of search operations for the 19-ton Kazu I that went missing on Saturday with 26 people aboard, a sonar reading from a depth of around 30 meters taken near where the boat issued its first rescue call showed an object.

A Japan Coast Guard official said later that "the possibility is low that Kazu I can be found" around the area of the object detected. 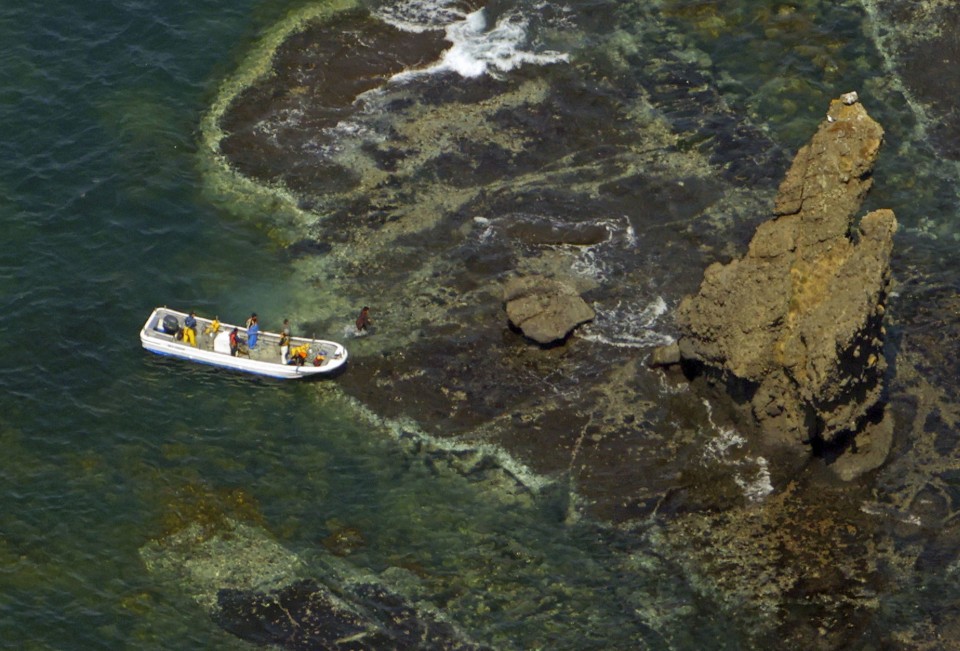 Photo taken from a Kyodo News helicopter on April 26, 2022, shows people searching the rocky shores of the Shiretoko Peninsula for those missing following a fatal tour boat accident on April 23. (Kyodo)

Of the 26 including two crew, 11 fatalities were confirmed as of Monday, with the remaining 15 unaccounted for. Diving operations were cut short by high waves Tuesday, and strong winds are expected over the next few days.

The president of the boat's operator Shiretoko Yuransen plans to hold the firm's first press conference on the boat incident on Wednesday, according to the Ministry of Land, Infrastructure, Transport and Tourism.

The coast guard is investigating the incident with an eye to building a case against the boat's operator on charges of professional negligence resulting in death or endangering traffic.

Kazu I sailed off Japan's northernmost main island, despite bad weather forecasts and warnings, to view the peninsula in northeastern Hokkaido known for drift ice tours.

"I thought we could still go ahead" with the trip, the operator's president said when asked by relatives of the passengers.

At a press conference Tuesday, Japanese Prime Minister Fumio Kishida said he has told the transport ministry to establish a review committee to discuss prevention and safety measures that include legal controls.

The search has expanded to waters controlled by Russia, with the coast guard notifying the Russian authorities on Monday in line with the International Convention on Maritime Search and Rescue. 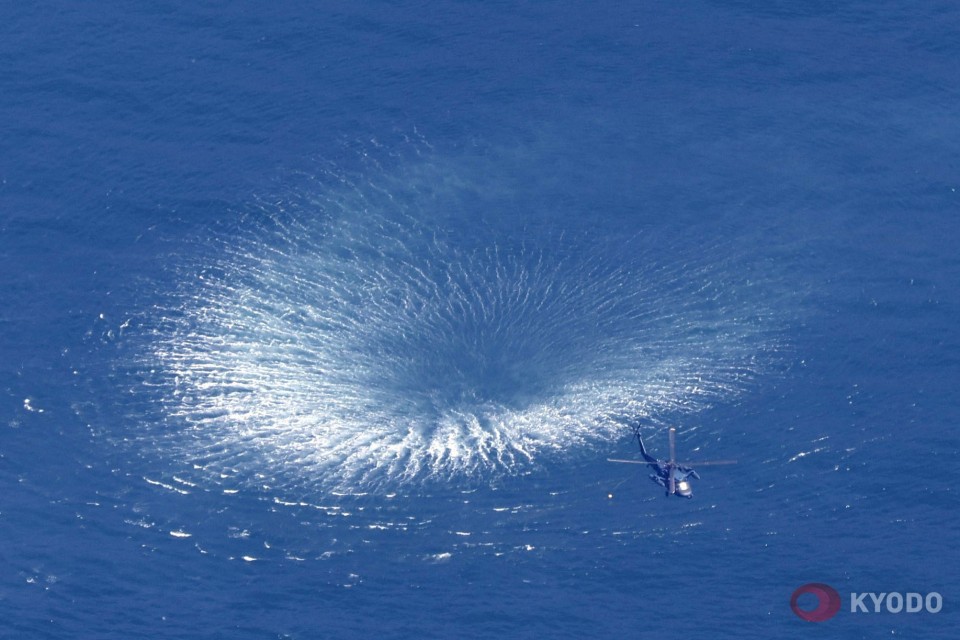 In Tokyo, Chief Cabinet Secretary Hirokazu Matsuno said at a press conference that Russia had told Japan it would share any relevant information.

Beyond the peninsula lie four Russian-held islands claimed by Japan. The islets in the long-standing territorial dispute are called the Northern Territories in Japan and the Southern Kurils in Russia.

Matsuno, the top government spokesman, said the search operations were "not affected" markedly by Japan's relations with Russia amid the ongoing war in Ukraine.

Japan has joined the United States and other Western nations in imposing economic sanctions on Russia following its invasion of Ukraine in late February.

The boat left port in Shari to cruise along the peninsula designated a World Natural Heritage site in 2005 and home to many rare species of animals and plants.

Before contact was lost, the vessel crewed by 54-year-old captain Noriyuki Toyoda and a deckhand told the Shari-based operator at around 2 p.m. Saturday that it was listing 30 degrees, according to the coast guard.

Local fishing boats remained in port due to high waves and strong winds, and acquaintances warned Toyoda not to go to sea.

In May last year, three passengers were left injured after Kazu I collided with a floating object, while in June it ran aground in shallow water shortly after leaving port, according to the transport ministry.

The coast guard referred Toyoda to prosecutors over the June incident, in which no one was injured.