John Lee, the Hong Kong government's former No. 2, officially submitted Wednesday his bid to become the city's next leader with nominations from a majority of the total voters, making him the clear frontrunner in the election slated for May 8.

Lee, a security hard-liner widely seen as the only candidate favored by the mainland government, has received 786 nominations from 1,454 members of the Election Committee, tasked with selecting the city's chief executive in the upcoming election, according to local media reports. 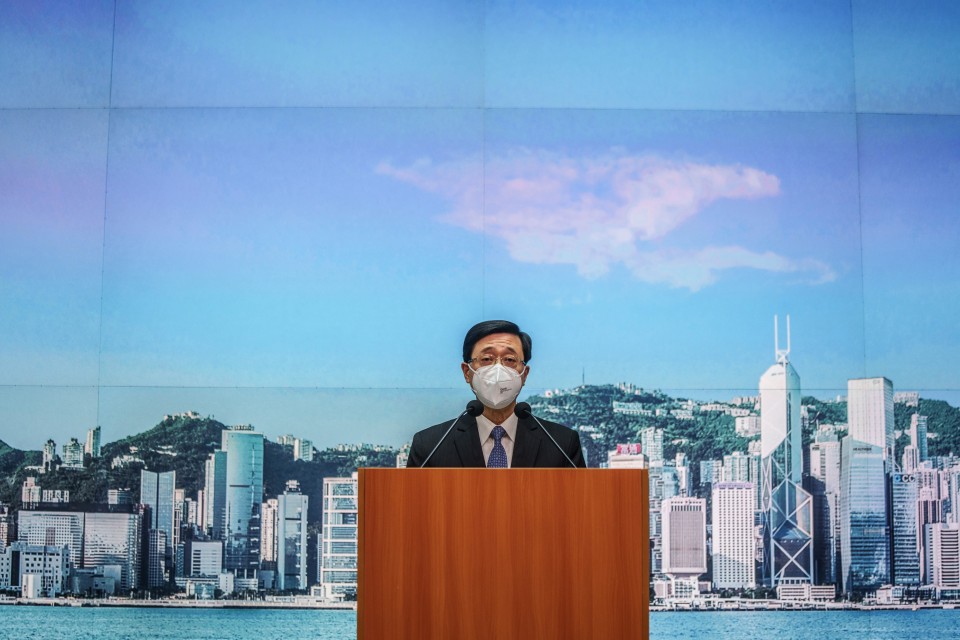 No one else has formally entered the race. The powerful committee mainly consists of pro-Beijing members.

Speaking to the press on Wednesday morning, Lee refrained from commenting on whether the high number of nominations was an indication that he had already secured the election, saying that it was only the "first step."

Lee said there was still much to be done before and after the election, adding that he would publish his election platform soon.

Before being elevated to the No. 2 post, Lee was on the police force, served as secretary for security and directed the police response to large-scale protests during an anti-government movement in 2019.

During his tenure as the top security official, the Hong Kong government cracked down on the pro-democracy newspaper Apple Daily, causing the paper to fold on June 24, 2021. A day after the paper's closure, Lee was promoted to chief secretary for administration.