Hong Kong government's No. 2, Chief Secretary for Administration John Lee, tendered his resignation Wednesday and announced his intention to run in the city's leadership election slated for May 8.

Lee, who had directed the police response to large-scale protests during the 2019 anti-government movement as the top security official, told reporters that he would stand for the chief executive election once Beijing approves his resignation. 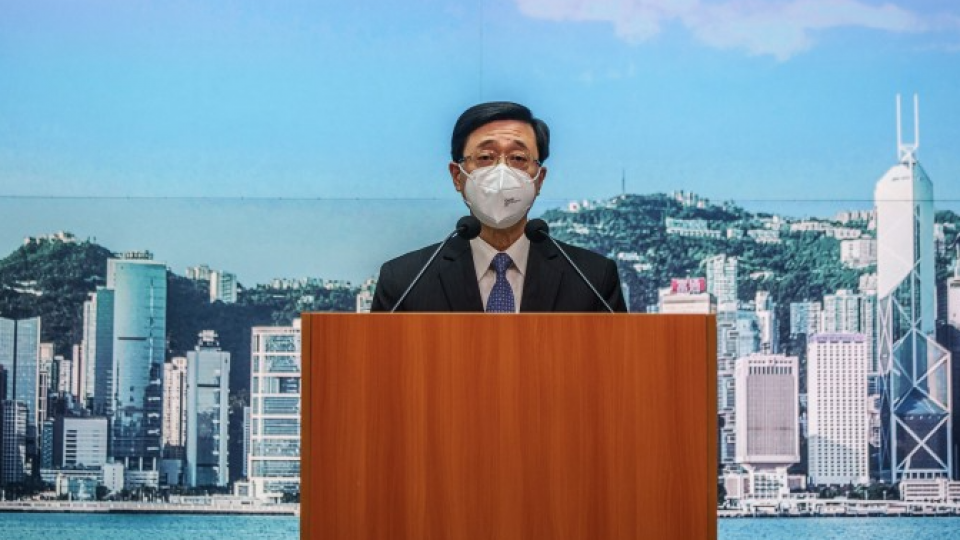 "Having been in the government for over 40 years to serve the people of Hong Kong has been a glory," Lee said.

Officials of the mainland government told members of the city's Election Committee in a meeting Wednesday that Lee is the only candidate favored by Beijing, according to a South China Morning Post report.

The powerful 1,500-strong committee is tasked with picking the city's chief executive in the election.

The announcement comes just two days after current leader Carrie Lam announced she would not run for a second term as the territory's chief executive, citing family reasons.

During Lee's tenure as the secretary for security from 2017, the Hong Kong government cracked down on pro-democracy newspaper Apple Daily, causing the paper to fold on June 24, 2021.

A day after the paper's closure, Lee was promoted to the chief secretary.