ANA forecasts return to profit in FY 2022 amid recovering demand

ANA Holdings Inc. said Thursday it plans to return to the black for the business year ending next March, after posting massive losses the past two years, as it expects travel demand to recover from the fallout of the COVID-19 pandemic.

The parent of All Nippon Airways Co. expects a net profit of 21 billion yen ($164 million) in the current fiscal year, due to increasing bookings for domestic and international flights following the Japanese government's easing of anti-virus measures. Revenue is projected to be 62.7 percent higher at 1.66 trillion yen.

It posted a net loss of 143.63 billion yen for the year ended in March, the second consecutive year of loss, as the prolonged pandemic continued to dent air travel demand, while revenue rose 40.0 percent to 1.02 trillion yen for the last fiscal year.

"We have made the company more profitable by cutting costs," ANA Holdings President Koji Shibata said at a press conference in Tokyo. "We will absorb every demand to stay out of the red." 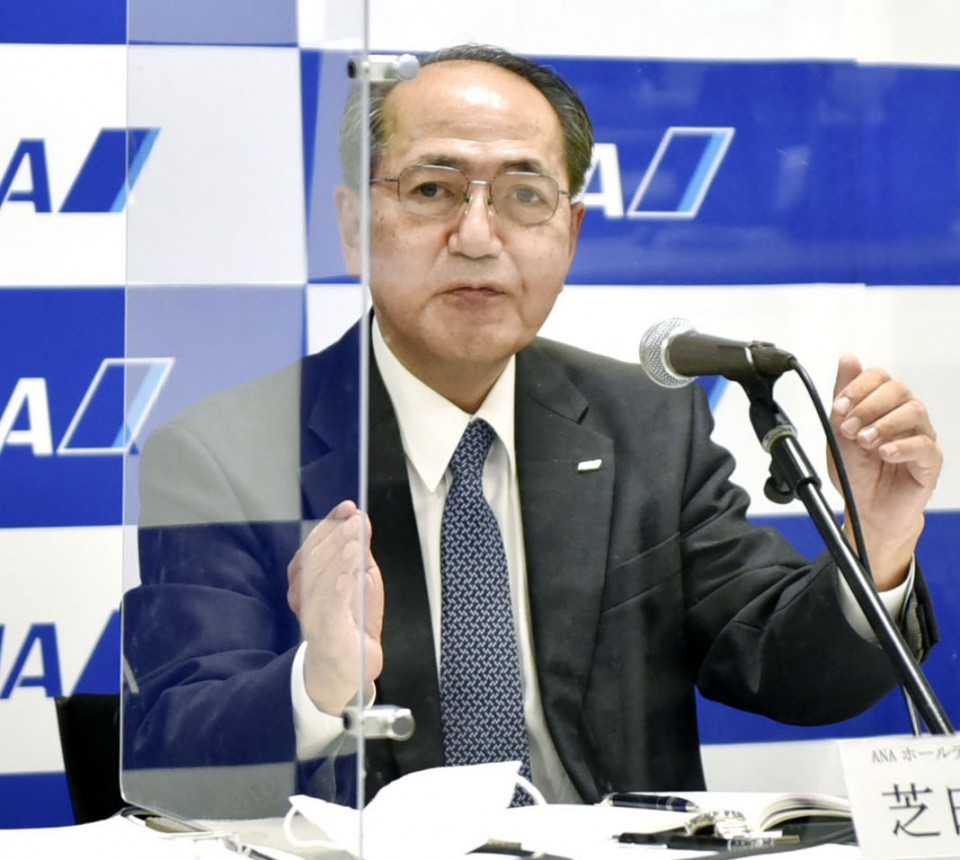 ANA posted a record 404.62 billion yen in net loss for the year ended in March 2021 as it struggled with a sudden demand slump caused by the rapid global spread of the coronavirus. Since then, it has streamlined its business to better cope with the pandemic.

The company expects domestic demand to return to 80 percent of the pre-pandemic level by the July to September quarter from the current 45 percent, with the recovery rate rising to 90 percent by the October to December quarter.

Demand for international flights, particularly hit hard by the pandemic, will recover to 30 percent of the 2019 level by the July to September quarter from the current 11 percent and rise to 40 percent by March next year, the company said.

It will take about two years for demand for international flights to return to normal, Shibata said.

The Japanese government fully lifted a quasi-state of emergency in March, prompting some domestic tourists and companies to restart sightseeing trips and business travel.

It also raised a daily cap on new entrants to Japan to 10,000 from 7,000 this month, in a move that could potentially generate more demand for international travel.

Russia's invasion of Ukraine is raising oil prices and forcing airlines to change their flying routes. But the company said it has been shifting resources in Europe to North America to cope with falling demand in Europe.

ANA ties up with U.S. aircraft startup to bring flying taxis to Japan