Rui Hachimura's development as a three-point threat in his third season with the Washington Wizards garnered praise from both the team's general manager and head coach, but each said he must make defensive strides in the offseason to become the player the franchise needs.

After a summer in which he was the face of the Tokyo Olympics, the 24-year-old Japanese missed the first 39 games of the season for still largely unexplained "personal reasons," and in that period the Wizards learned to live without him.

When he returned, he had to find his feet in a team that had solidified in his absence. 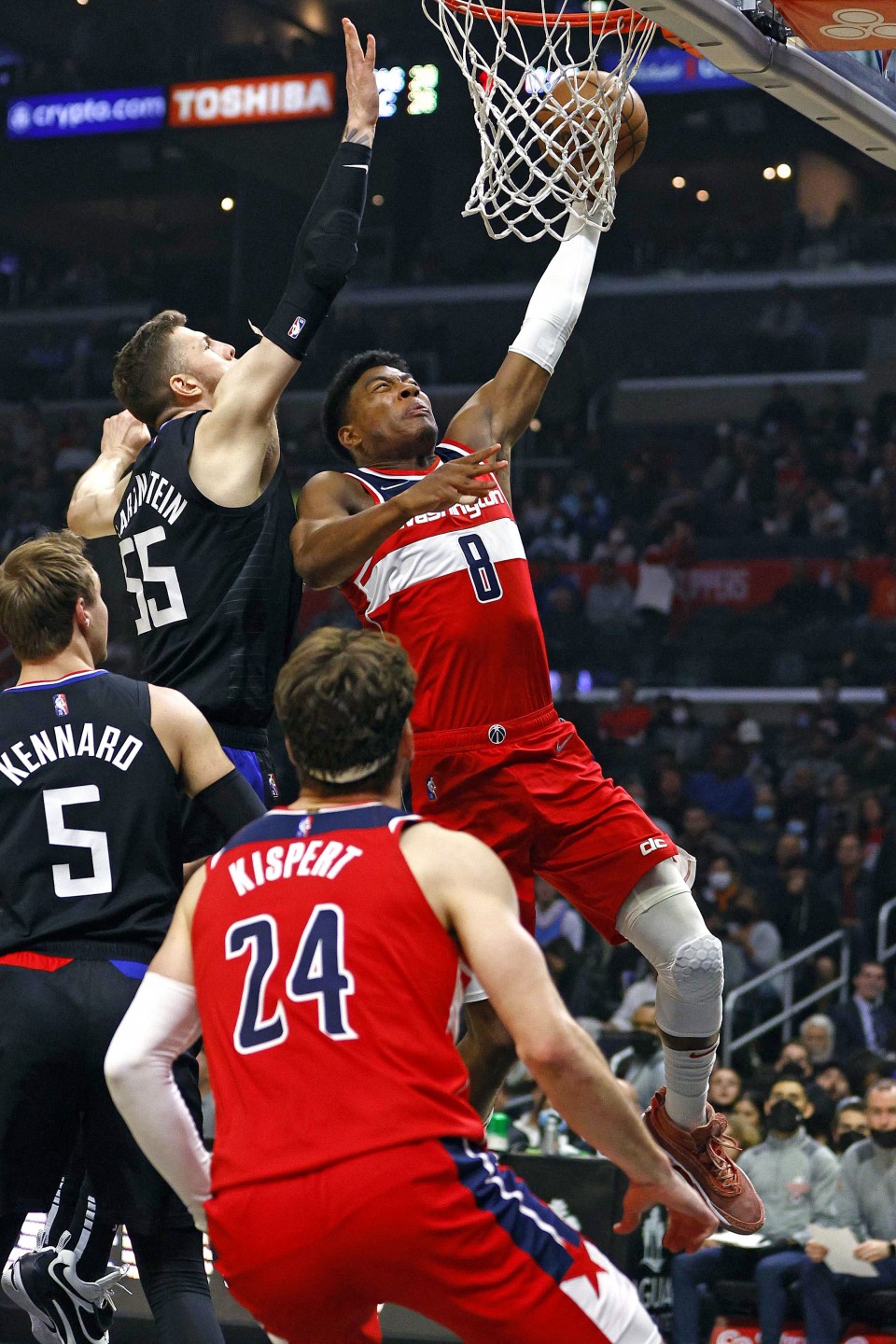 Rui Hachimura (8) of the Washington Wizards takes a shot against Isaiah Hartenstein (55) of the Los Angeles Clippers on March 9, 2022, in Los Angeles, California. (Getty/Kyodo)

The team's president and general manager, Tommy Sheppard, on Tuesday said he was happy with the way Hachimura responded to that challenge.

"One thing I can really compliment him on is that very, very seldom do you see someone miss training camp, miss preseason and come back and have a productive year," he said during his end-of-season media availability.

"Especially, once he kicked the minutes restriction and was able to play, especially as a starter, his numbers (were) more what we envisioned for him."

Hachimura did not reclaim his place in the starting five until his 30th game and by then the Wizards' playoff hopes were slipping away. His production steadily ramped up to the point that he scored 20 points or more in five of his team's last eight games, having broken the 20-point barrier only once before that.

The Toyama native's improvement from behind the three-point arc was significant, though.

He finished the season shooting 44.7 percent on almost three attempts per game. That was up from 32.8 percent last season, on a higher per-game volume, in approximately nine fewer minutes of court time per game, a major forward step in efficiency. 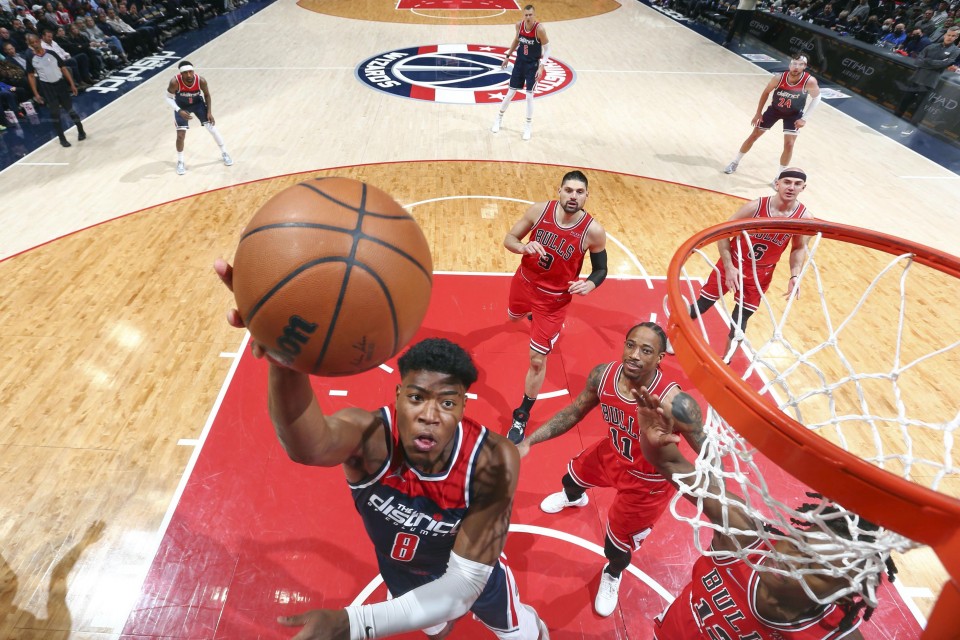 Rui Hachimura (8) of the Washington Wizards drives to the basket during a game against the Chicago Bulls on March 29, 2022, in Washington. (Copyright 2022 NBAE)(NBAE/Getty/Kyodo)

Hachimura's return to the starting lineup coincided with some better play for the team. A major trade that around a month earlier brought in Latvian former All-Star Kristaps Porzingis also pushed things in the right direction.

Heading into the offseason, Hachimura said he knows he needs to keep working on his game, but there may be a gap between what he thinks he needs to do and what the Wizards expect.

"I am just going to keep working on what I have been doing: three points, my midrange game, ball-handling. The stuff I have been working on," Hachimura said.

His coach, Wes Unseld Jr., agreed that Hachimura has taken his offensive game to another level, though he wants to see growth on the other side of the ball in his fourth season.

"Defensively, I think it is more of the nuance things for him. He has got the ability to guard the ball, to stay in front (of his opposing player). We have seen him use his physicality, his size to guard (forwards and centers) but more of the level of communication, identifying situations cleaner and quicker, being able to articulate coverage, and process things, I think is important," Unseld, who completed his first year as an NBA head coach, said Tuesday.

"All those things require reps, so I just think it is going to take a bit of time, but I think he is better now than what he was when we started to implement him 40 games ago."

Sheppard agreed, calling Hachimura a "great blend player," someone who can fit into various schemes.

"That three-point line certainly became his friend, and he embraced it," Sheppard said.

"Now we need him to work on his defense, like everyone else, and I think he will be an excellent two-way player who can play multiple positions."

Rui Hachimura (8) of the Washington Wizards drives to the basket during the game against the New York Knicks on April 8, 2022 at Capital One Arena in Washington. (Copyright 2022 NBAE)(NBAE/Getty/Kyodo)

Positional versatility is key in the modern NBA. Hachimura has to earn his spot, especially now alongside Porzingis, who despite his 2.21-meter frame can shoot and handle the ball, and Kyle Kuzma, acquired from the Los Angeles Lakers in a monster August 2021 trade in which the Wizards dealt former MVP Russell Westbrook.

Unseld indicated that Hachimura's defensive improvement will be key to that.

"That is one of those layers we're alluding to where there is growth. I think expanding both sides of the ball for him will be great. He has picked up a lot quite quickly," Unseld said.