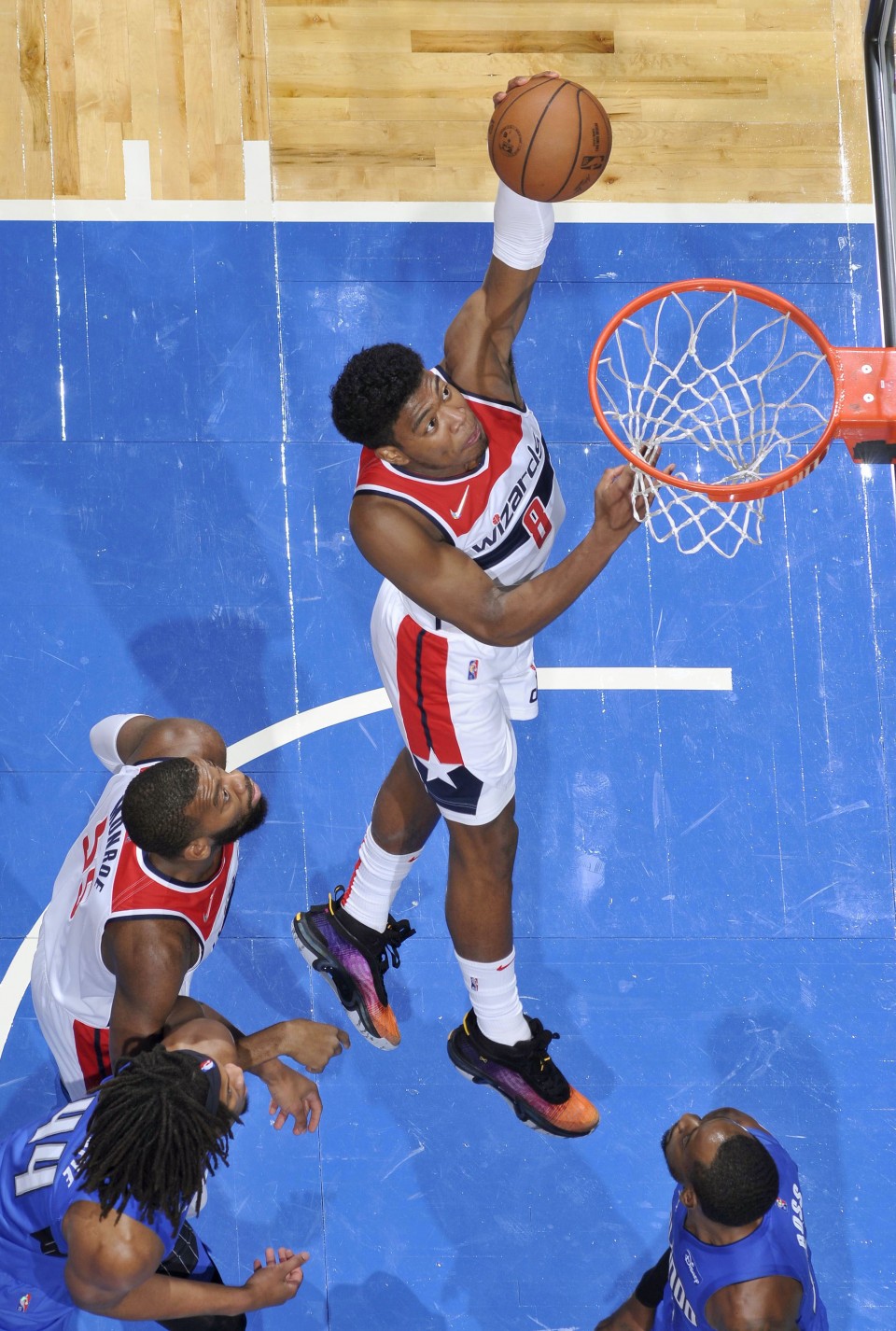 Rui Hachimura of the Washington Wizards dunks the ball during a game against the Orlando Magic on Jan. 9, 2022 at Amway Center in Orlando, Florida. (Copyright 2022 NBAE)(NBAE/Getty/Kyodo)

The games will be played on Sept. 30 and Oct. 2 at Saitama Super Arena near Tokyo, which hosted basketball at last summer's Tokyo Olympics.

The NBA most recently played preseason games in Japan at the same venue in 2019, with the Houston Rockets taking on the Toronto Raptors twice.

Speaking at a press conference in Tokyo via video link, NBA Commissioner Adam Silver said he was excited for the league to build on the momentum around basketball in Japan.

Wizards forward Hachimura said in a pre-recorded video that he and his teammates were "very excited to play in front of their Japanese fans."

"This is a very big moment for the country and for basketball and I can't wait to be a part of it," the 24-year-old Japanese national team star said.