"The Justice Ministry is considering a system for accepting people as refugee equivalents from a humanitarian standpoint even if they do not fall under" the 1951 refugee convention, Kishida said at a meeting in Niigata. 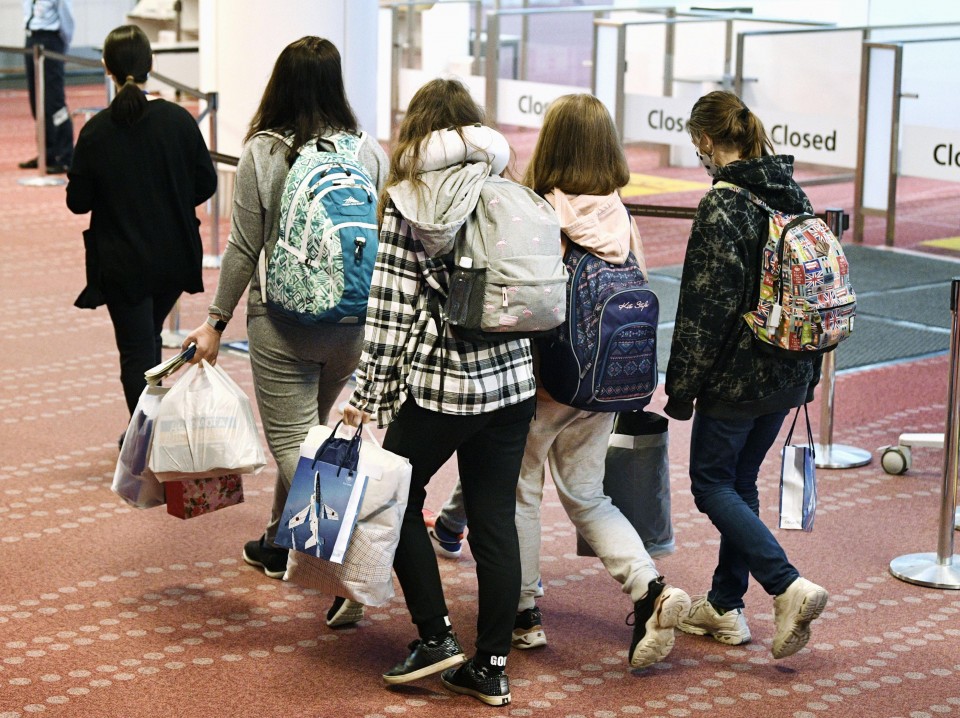 Ukrainians who fled the Russian invasion of their country arrive at Tokyo's Haneda airport on April 5, 2022, after flying from Poland by a Japanese government plane. (Kyodo) ==Kyodo

The prime minister stressed the envisioned system would not discriminate against certain countries, adding that Japan will strive to do its work in accordance with the Convention Relating to the Status of Refugees.

Under the U.N. convention, a refugee is a person who cannot return to their country or is unwilling to do so because of a well-founded fear of being persecuted for reasons of race, religion, nationality, membership in a particular social group or political opinion.

People fleeing conflicts have long found a narrow path to attaining refugee status in Japan, with the government traditionally recognizing only around 1 percent of refugee applications, drawing criticism from human rights organizations.

Japan has accepted more than 500 evacuees fleeing the war in Ukraine since it began in late February.