Japanese locals have demonstrated eagerness to help Ukrainian evacuees who have fled to the country in the wake of Russia's invasion, with the Japanese government having received nearly 900 offers of assistance so far.

As of Thursday, the Immigration Services Agency of Japan said it had received 895 offers of assistance, including jobs and housing, far in excess of the some 400 Ukrainians that have sought refuge in Japan to date.

Victoria Romashova and her son were among the 20 Ukrainian evacuees who arrived in Japan from Poland aboard a Japanese government plane on Tuesday. 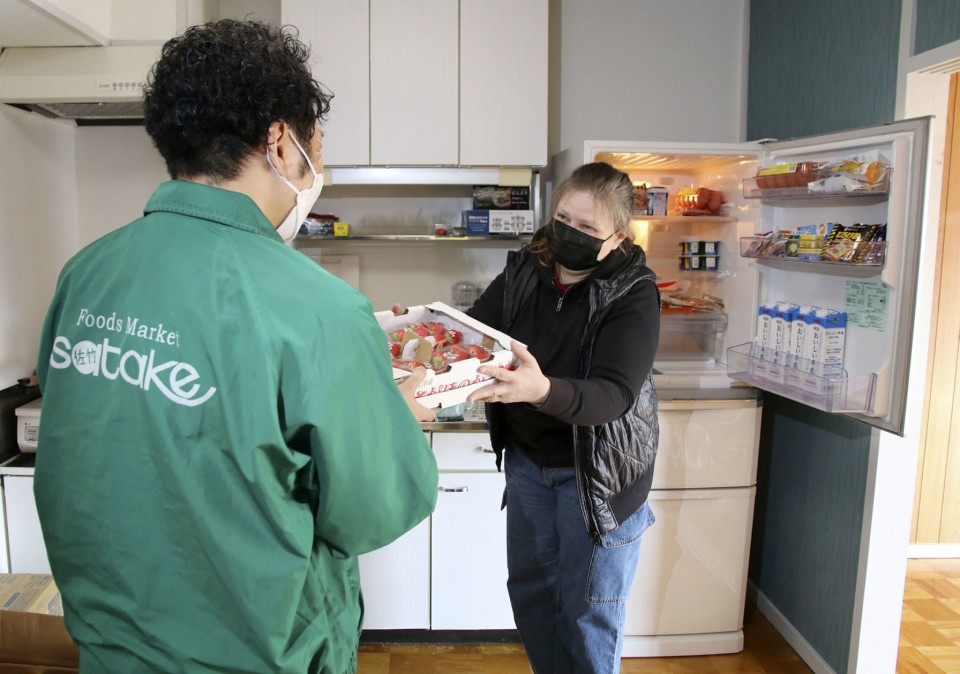 The pair traveled to Suita, Osaka Prefecture, where Romashova's mother lives with her Japanese husband. The city has provided free housing as well as a washing machine, refrigerator and bed.

Top Sangyo Co., a manufacturer and seller of daily necessities, has provided cooking utensils and towels, while supermarket operator Foods Market Satake has supplied about 10 days' worth of food. Both companies are based in Suita.

According to the immigration agency, 420 companies, 175 municipalities and 24 nongovernmental or nonprofit organizations have offered to provide support. Offers from individuals and others total 276.

The majority of companies have offered employment opportunities, while individuals have proposed a wide variety of assistance including legal and administrative support and housing.

In Kamakura, Kanagawa Prefecture, Masaru Nishikawa arranged for a Ukrainian woman and her son to be evacuated to Japan on Tuesday's government flight from Poland.

Nishikawa used to teach tea ceremony in Russia and one of his students later instructed the Ukrainian woman in Kyiv.

He met her in 2020 when she visited Japan to practice the cultural activity and heard from his former student that she had fled to Poland following the Russian invasion of Ukraine launched on Feb. 24 and wanted to come to Japan.

"I don't want them to feel sad or have no place to go. I am just doing what should be done," said Nishikawa, who asked the Japanese Embassy in Poland to include the two among evacuees to be airlifted to Japan. He was also able to secure housing for the mother and son in Yokohama.

In a meeting with Ukrainian Ambassador to Japan Sergiy Korsunsky earlier in the week, education minister Shinsuke Suematsu pledged to provide Japanese language training for Ukrainian evacuees and support for children who wish to enroll in Japanese schools.

Meanwhile, the Tokyo metropolitan government had provided temporary accommodation for 17 evacuees from Ukraine as of Tuesday. It has so far secured 100 apartments for this purpose and plans to expand the capacity to 700 if needed.

20 Ukraine evacuees arrive in Japan from Poland on gov't plane