The House of Representatives approved Tuesday a new Japan-U.S. agreement on Tokyo's budget for hosting U.S. forces in Japan, paving the way for raising the amount for the next five years to 1.05 trillion yen ($8.90 billion).

The so-called host nation support for the five-year period from fiscal 2022 starting April is expected to increase 75 billion yen from the amount spent between fiscal 2016 and 2020, reflecting U.S. requests for Tokyo to foot more of the costs amid China's growing assertiveness and the severe security environment in the region. 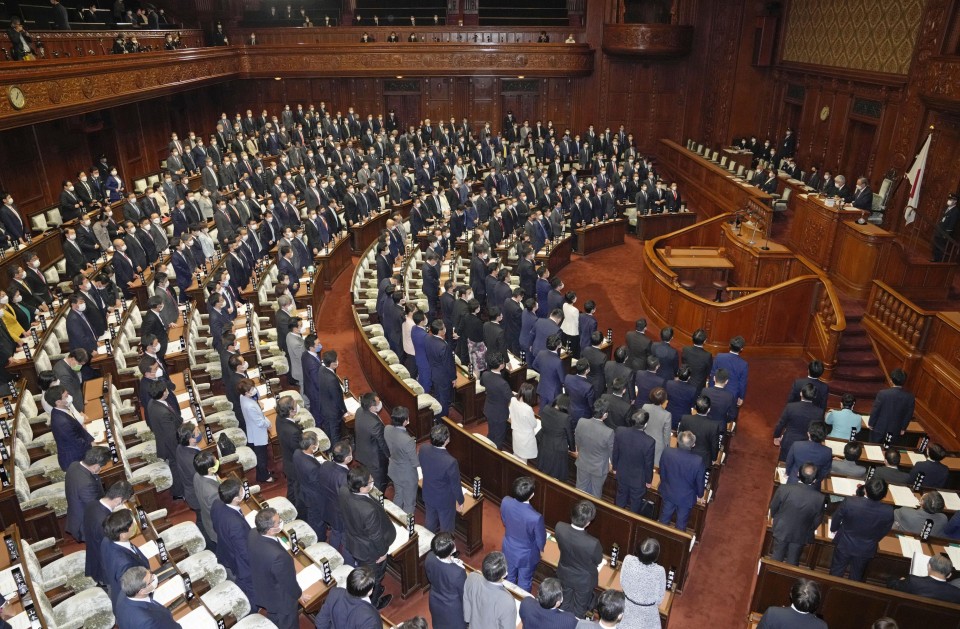 A House of Representatives plenary session approves a new Japan-U.S. agreement on Tokyo's budget for hosting U.S. forces in Japan on March 15, 2022. (Kyodo)

With the current agreement expiring at the end of this month, the government aims to have the new pact quickly endorsed by the House of Councillors.

While Tokyo and Washington launched negotiations on the new budget plan in 2020, they extended the previous agreement for a year through fiscal 2021 as the timing coincided with the U.S. presidential election.

The largest host nation support shouldered by Tokyo was 1.35 trillion yen spent in the five years from fiscal 1996.

The new budget covers the costs to acquire an advanced system to be used in joint exercises of Japan's Self-Defense Forces and U.S troops, as well as for building facilities, such as hangars.

Given domestic criticism for covering electricity, fuel and water expenses at the U.S. bases in Japan with the budget, the amount allocated for those items will be gradually reduced.