Japan's government said Tuesday it will increase its financial support for U.S. forces stationed in the country to 1.05 trillion yen ($9.2 billion) under a new five-year agreement starting in fiscal 2022, up 75 billion yen from the previous deal.

Raising the sum from the total of 980.1 billion yen for the five years through fiscal 2020 that ended in March, Japan's latest agreement with the United States means that Tokyo's so-called host nation support will average out at 211 billion yen per year. 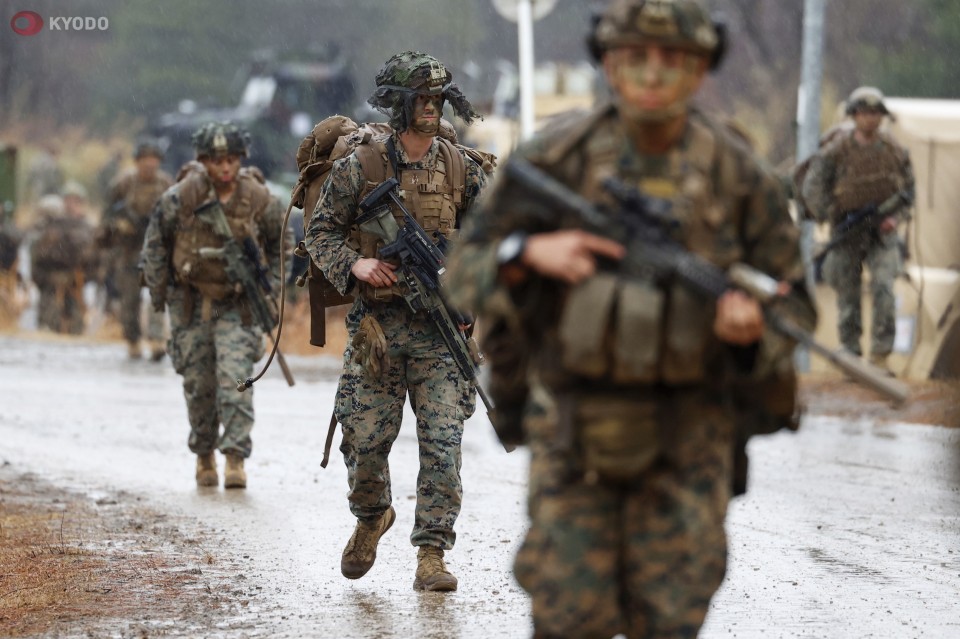 The increase will be used to beef up cooperation under their long-standing security alliance amid China's growing military clout.

The annual average of the budget that covers, among other things, utility costs and the wages of Japanese staff at U.S. military bases compares with 201.7 billion yen for the current fiscal year under a one-year tentative deal made in consideration of the U.S. presidential transition.

The negotiations over the cost-sharing started following former U.S. President Donald Trump's request that Japan pay and do more for American forces.

It is believed that the Trump administration once pushed for Japan's contribution to be quadrupled to $8 billion annually.

Cost-sharing agreements between the two nations are usually signed to cover five-year terms. For fiscal 2021, they settled for a one-year extension of the five-year pact through March this year as their talks were affected by the change of power from Trump to Joe Biden.

"We could show our resolution to stand up to the challenge posed by the difficult security environment together," Japanese Defense Minister Nobuo Kishi told reporters as he announced the agreement.

Japan's Foreign Minister Yoshimasa Hayashi told a press conference Tokyo and Washington will advance necessary domestic procedures to sign the deal "as soon as possible" and that Japan aims to bring it into effect on April 1 after deliberations at an ordinary Diet session to be convened early next year.

During the next five years covered by the agreed budget, up to 20 billion yen will be spent to procure a cutting-edge system that will enable Japan's Self-Defense Forces to virtually join large-scale military training held on the U.S. mainland, according to the Japanese government.

Under the new system, Japan's SDF and U.S. forces can conduct joint exercises against imaginary enemies created by artificial intelligence, it said.

To set up new military facilities and improve existing ones at U.S. bases, up to 164.1 billion yen will be spent over five years, compared to 103.2 billion yen under the previous agreement.

Japan will shoulder costs incurred in connection with training relocation from Okinawa to Alaska to reduce the burden on the southern island prefecture hosting the bulk of the U.S. military facilities in Japan.

U.S. bases' utility costs will be cut in stages from the current level of 23.4 billion yen annually to 13.3 billion yen by fiscal 2025.