China may remain "strategically" mum about whether it supports Russia's attack on Ukraine, harshly condemned across the globe, as the ambiguity would bring advantages to the Asian power in both economic and security terms.

With Western nations led by the United States halting their business with Russia under severe financial sanctions, China is set to become the only major economy that can benefit from trade with the country under President Vladimir Putin. 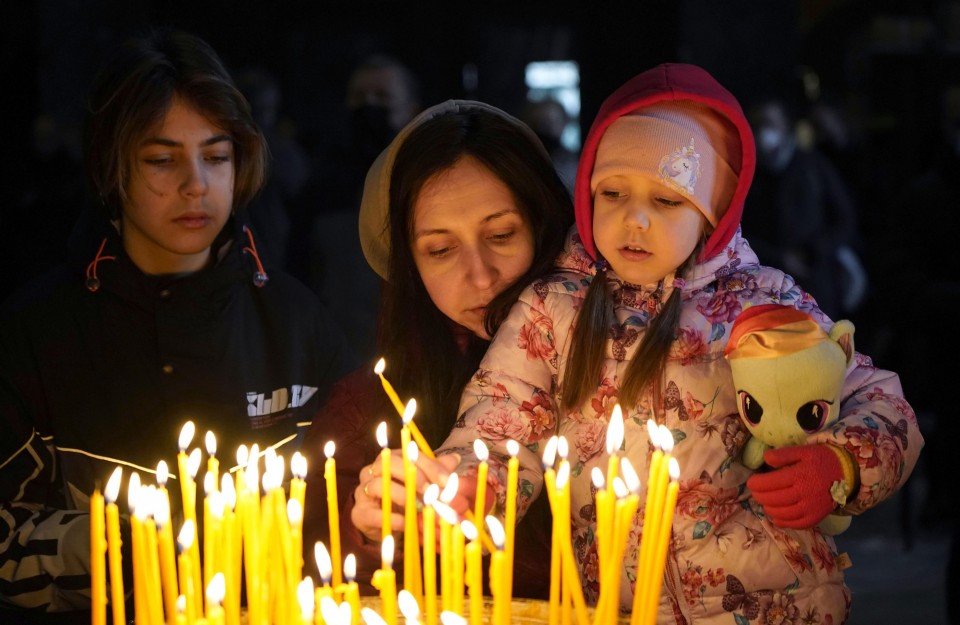 People pray in front of candles at a Catholic church in Lviv, western Ukraine, amid the Russian invasion on March 6, 2022. (Kyodo) ==Kyodo

China would be able to buy natural gas and oil from Russia at low costs despite higher global energy prices, and Moscow's exclusion from an international payment system could allow the Asian nation to promote its yuan, known as the renminbi, as a key trading currency.

Beijing, meanwhile, can consider using military might to reunify Taiwan with the mainland while monitoring the outcome of Russia's aggression, which would also be favorable for Chinese President Xi Jinping, who is seeking a controversial third term as leader.

Before Russia launched an attack on Ukraine in late February, China was expected to support the neighbor's military action, as Beijing and Moscow have deepened their relations recently to counter the post-Cold War international order dominated by Washington.

At their summit in Beijing on Feb. 4, Xi and Putin jointly opposed further expansion of the North Atlantic Treaty Organization, with Russia urging the U.S.-led security alliance to pull back troops and weapons from Eastern Europe.

Nevertheless, China -- one of the five permanent U.N. Security Council members along with Russia, Britain, France and the United States -- has not expressed clear support for Moscow since the beginning of the war in Ukraine.

Last week, the U.N. General Assembly adopted a nonbinding resolution censuring Russia, but China abstained from voting. Although many countries asked China to play a role in mediating a cease-fire, Beijing effectively rejected the proposal.

At a press conference Monday on the sidelines of this year's session of parliament, the National People's Congress, Foreign Minister Wang Yi said, "China is willing to work with the international community to conduct necessary mediation when needed."

But he emphasized that China has made an "independent" judgment of the situation and made its position clear in an "objective and fair" manner, without elaborating on whether it supports Russia.

A diplomatic source in Beijing said China has "apparently become wary that it would become isolated in the international community if it clearly supports Russia, which is heavily criticized."

"China, however, cannot explicitly oppose Putin's invasion to get practical benefits from Russia's plight. Xi might have decided to strategically take an ambiguous stance on the war," the source said.

Western nations have already levied a series of economic sanctions on Russia, including an asset freeze for Putin while agreeing to exclude several Russian banks from a global payment network known as SWIFT to disrupt its trade and money transfers.

The Brussels-based SWIFT, the Society for Worldwide Interbank Financial Telecommunication, is critical in transmitting information between international banks when they make or receive payments.

The elimination of Russia from SWIFT is called the "financial nuclear weapon," the diplomatic source said, adding, "In the wake of it, Putin has been put in a situation where he must depend much on China to stem an economic free fall."

Russia is one of the world's largest natural gas and oil suppliers. Amid growing concern that punitive sanctions on Russia would cause a supply shortage of resources, energy prices have been on a sharp upward trend globally, taking a toll on Western democratic economies.

Under the circumstances, Beijing and Moscow, which is expected to utilize China's Cross-Border Interbank Payment System for trade ahead, have agreed to bolster cooperation in the energy, financial and investment fields.

As of December 2020, CIPS, launched in 2015, has 1,092 partners around the world, the Global Times, a tabloid of the ruling Communist Party, said last month, adding yuan settlement for trade between China and Russia accounted for 44.92 percent in 2020.

Stephen Nagy, a senior associate professor at International Christian University, said, "Putin's miscalculation with regards to the Ukraine invasion has given China an opportunity to really exploit" Russia's weakening.

Moscow's removal from the global financial and business arena would help China "secure cheaper energy resources" and "favorable business deals as they pertain to" the Asian country, he said.

Nagy added China understands that the United States and Western powers have created the rules of the international financial system, and their "mastery" has worked "to maximize their profits."

Following the imposition of sanctions on Moscow, "China, along with some of its partners such as Russia, would like to move into a position where the yuan would be used as a common currency of settlement," he said.

Russia's aggression against Ukraine has also offered a chance for Xi to review whether military action would be an appropriate way to achieve his cherished goal of reunifying self-ruled democratic Taiwan with the mainland, pundits said. 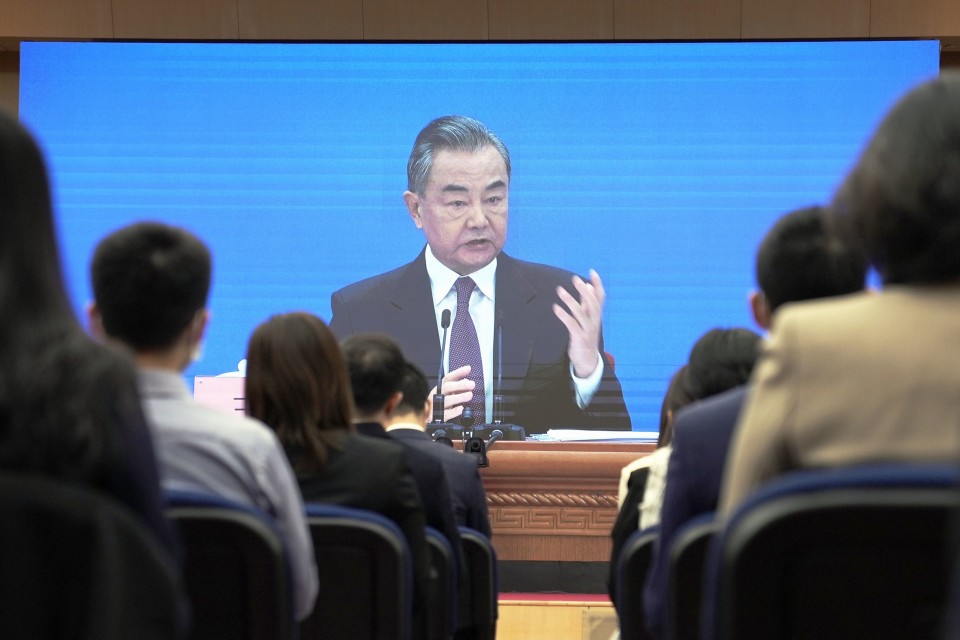 Jeff Kingston, director of Asian Studies at Temple University Japan, said Xi is "surely watching the global reaction against Russia" and "how strong the resistance has been and how this is eroding Putin's power and undermining Russian status."

"The Ukraine crisis makes an invasion of Taiwan less likely as it highlights what can go wrong," Kingston said.

China and Taiwan have been governed separately since they split in 1949 due to a civil war. Beijing sees the island as a renegade province to be reunified with the mainland by force if necessary.

On Saturday, Chinese Premier Li Keqiang said during a policy speech at the opening of the parliament that Beijing is eager to resolve the Taiwan issue, but it will "advance the peaceful growth of relations across the Taiwan Strait and the reunification of China."

Nagy said a tough approach by Washington and its allies on Moscow "really demonstrates the commitment to pushing back against revisionist powers" such as Russia, becoming a "playbook" about what Beijing should expect if it "tries to forcibly reunify Taiwan with China."