Japan is discussing a ban on oil imports from Russia with the United States and European countries, a government source close to the matter said Monday, as Moscow's attacks on populated areas and civilian infrastructure in Ukraine continues.

Prime Minister Fumio Kishida said Japan still has "several more options" for sanctions against Russia, underscoring the need for Japan to act with Western countries in dealing with Russia's aggression against Ukraine. But he refrained from saying whether Japan will join the United States and European nations in banning Russian flights from its airspace. 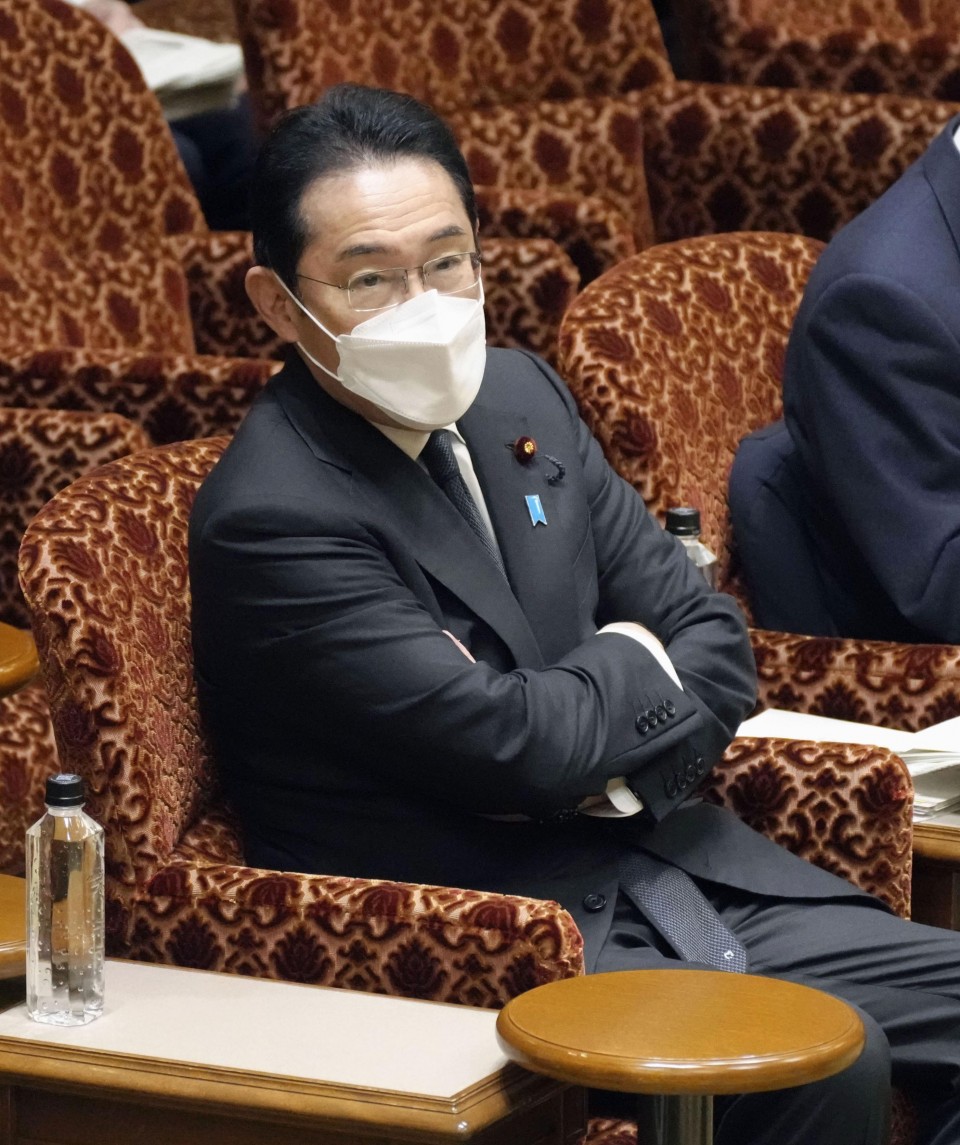 While the international community has been stepping up pressure on Russia since its invasion on Feb. 24, U.S. Secretary of State Antony Blinken said Sunday that Washington and European allies are now exploring banning imports of Russian oil.

"Japan still has several more options at hand for sanctions. We will carefully look at them and implement them," he said.

With other countries, Japan has already decided to slap sanctions on Russia, such as excluding several banks from a key international payment network known as SWIFT to disrupt the country's trade and money transfers.

Japan has hinted at taking further steps, although it remains reluctant to close its airspace to Russian planes. The government believes doing so would likely prompt Russia to take the same measure against Japan and affect its transportation of COVID-19 vaccines from Europe.

Kishida cautioned against thinking the Ukraine crisis is "somebody else's problem in Europe," saying that "international order also covering Asia is being shaken."

Noting Russia and China have maintained close relations, Kishida said the Japanese government will "pay close attention to the moves of the two countries, including their foreign policies."

The invasion of Ukraine by Russia, a major oil producer, has sent oil prices higher and stocks lower, with the Nikkei index finishing at its lowest level in about 16 months on Monday after tumbling more than 3 percent in the morning.

Amid growing fears over potential serious ramifications for the global economy, there are some calls in Japan to invoke a trigger clause designed to cut gasoline taxes.

Kishida said in the upper house committee that he will consider every option to ease the impact of the soaring oil prices on Japan's economy.

But the government is likely to forgo invoking the clause at least for the time being, as it has opted to increase subsidies for oil wholesalers.

The prime minister also condemned Russian President Vladimir Putin for ordering nuclear forces to be on high alert, saying such a threat constitutes a violation of the Charter of the United Nations.

"This is an unforgivable outrage. As a nation that experienced the Fukushima Daiichi nuclear accident, Japan condemns it," he said.

Japan experienced meltdowns of nuclear reactors at the Fukushima plant following a massive earthquake and tsunami on March 11, 2011.

Kishida reiterated the government would not consider a nuclear sharing arrangement with the United States to bring U.S. nuclear weapons into its territory.

"This conclusion is unchanged," said the prime minister, who has insisted that the idea is not in line with Japan's three nonnuclear principles of not producing, possessing or allowing nuclear arms on its territory.

Former Prime Minister Shinzo Abe and some members of the ruling Liberal Democratic Party have called for Japan to consider the option of discussing such an arrangement in the wake of Russia's invasion of Ukraine, a nonnuclear weapon state.

U.S. tells China "the world" is united against Russia invasion

U.N. to set up panel to probe rights violations by Russia in Ukraine