Russia's invasion of Ukraine threatens to shake the very foundation of international order and could potentially lead the world to "the greatest crisis" since World War II, Prime Minister Fumio Kishida said Sunday.

Japan would not rule out any options to fundamentally strengthen its defense capabilities, as the government aims to revise the National Security Strategy, a long-term guideline, by the end of the year, and two other key documents on its defense buildup, Kishida said in a speech at a graduation ceremony of the National Defense Academy. 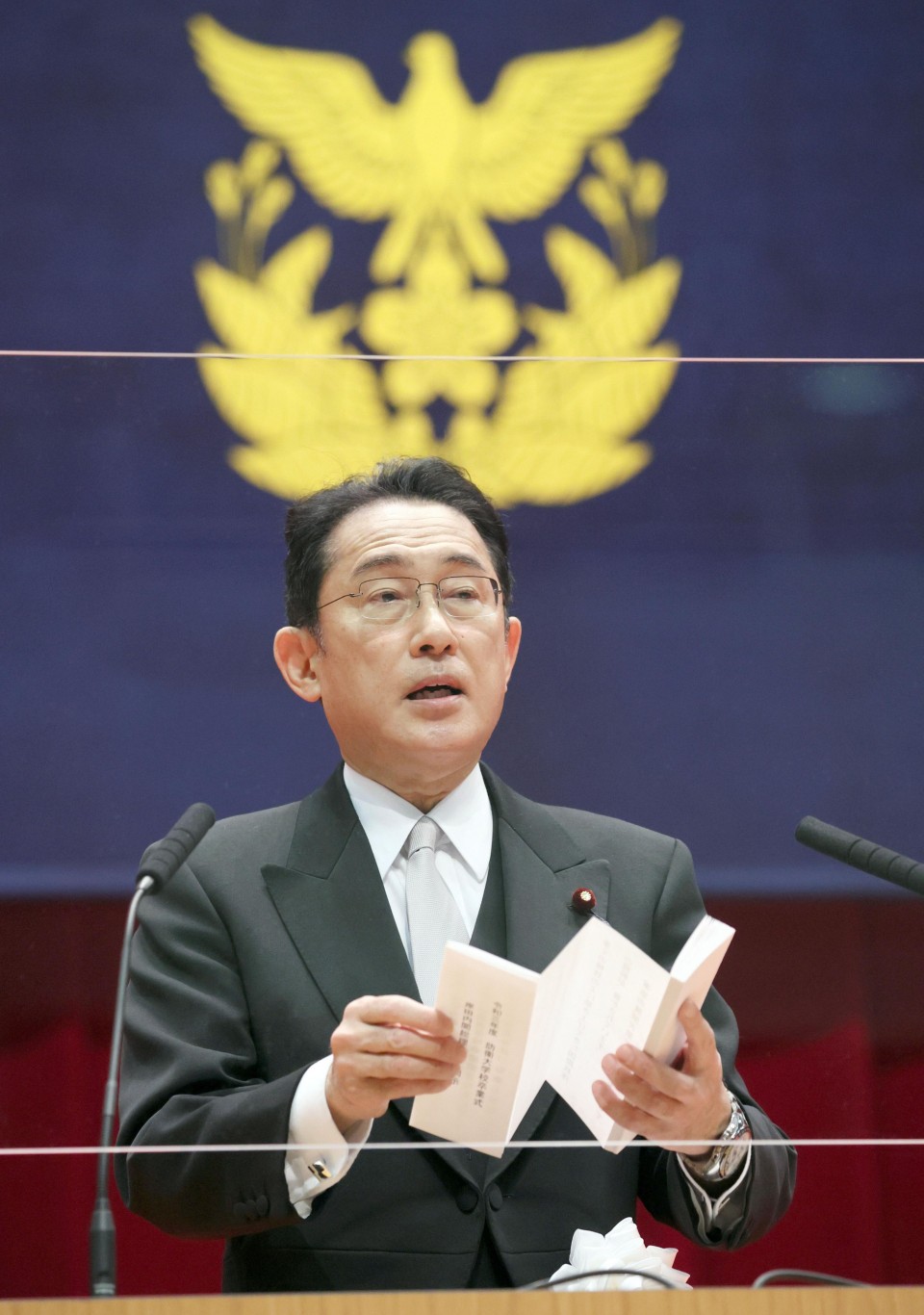 Japan is resolved to support Ukraine, as its actions, along with other countries, will determine the future state of the international community, as Russia's attacks on the Eastern European country drag on, he said.

Russia's unilateral attack on Ukraine could embolden China to attack Taiwan, which Beijing views as a renegade province awaiting reunification by force if necessary, diplomatic and defense experts say.

"A unilateral change of the status quo by force must never be allowed in the Indo-Pacific, especially in East Asia," the premier said at the ceremony in Yokosuka, southwest of Tokyo.

"The security environment surrounding our country is becoming markedly more serious," given increasingly bold attempts by China in recent years to unilaterally change the status quo in the East and South China seas, as well as successive ballistic missile launches by North Korea, Kishida said.

He stressed the importance of strengthening cooperation between the Self-Defense Forces and the Japan Coast Guard, as China asserts sovereignty over the Senkaku Islands, a group of uninhabited islets administrated by Japan in the East China Sea frequently sending ships nearby to project its power.

At Sunday's ceremony, Defense Minister Nobuo Kishi said that "anyone can see that the area around Japan and the world are entering turbulent times."

As part of COVID-19 measures, the ceremony was scaled down with diplomas only conferred to representatives at the venue.

Excluding foreign students, the academy saw 479 students graduating this year, of which 64 were female.

A total of 72 students withdrew, an increase of 44 from last year.