Japanese gas and energy firms are closely monitoring the developments of Russia's aggression in Ukraine, with some eyeing non-Russia players as alternative suppliers on concerns Moscow may reduce or suspend its natural gas supply in retaliation for Western sanctions on the country.

To prepare for potential supply disruptions from Russia and other emergencies, Hiroshima Gas Co. is considering purchasing liquefied natural gas from Malaysia and other producers, while Osaka Gas Co. plans to bring forward gas procurement from the United States or Australia.

President Vladimir Putin has also surprised Japanese energy companies by saying Russia will seek payment in rubles, not the dollar or euro as commonly used, for gas sales from "unfriendly countries" such as Japan and the United States, which have been imposing sanctions on Moscow. 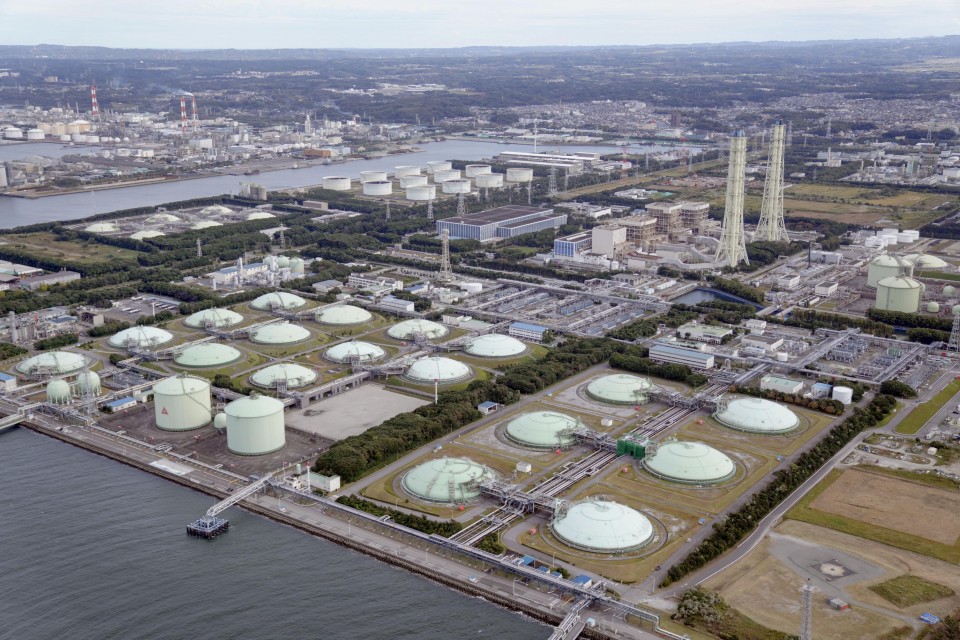 "We are keeping close attention on new developments including the impact of economic sanctions on Russia," said a Hiroshima Gas public relations official.

"We will continue our efforts to maintain a stable supply as we cooperate with other companies in collecting information," the official said.

Tom O'Sullivan, founder of Mathyos Global Advisory, a Tokyo-based energy and security consultancy firm, said Putin's announcement was "probably a breach of contract between the buyers and sellers," and that if realized, it would hit hard the European market that relies heavily on Russian resources.

In resource-poor Japan, Russia accounted for 3.6 percent of its crude oil imports and 8.8 percent of LNG imports in 2021, according to Japan External Trade Organization data.

Most of Japan's LNG imports from Moscow come from the Sakhalin 2 large-scale oil and gas project, a joint venture involving Japanese trading houses in the Russian Far East with an annual output capacity of about 10 million tons of LNG.

Hiroshima Gas, based in Hiroshima Prefecture, western Japan, procures about 200,000 tons, or about half of its annual LNG purchases in a contract running through March 2028 from the Sakhalin 2 project.

While the company has yet to have any problems obtaining gas from Russia, it will purchase from other countries or ask other Japanese utility firms to share some of their reserves in the event of a supply disruption of Russian gas.

Takehiro Honjo, head of the Japan Gas Association, said the organization will create a structure that will allow companies to share their supplies in case of a LNG supply crunch.

"It will be a problem that Japan faces as a country, and it cannot be solved unless (each company) comes and works together," he said at a press conference earlier this month.

Tokyo Gas Co. is also paying attention to the crisis unfolding in Ukraine because the company purchases about 10 percent of its LNG from Russia.

The utility, which caters to the Tokyo metropolitan area, imports about 1.1 million tons a year from Sakhalin.

The Sakhalin 2 project hosted near Japan's northern main island of Hokkaido has held importance in terms of the country's energy security, allowing a stable supply of LNG through long-term contracts and relatively cheap shipping costs due to its proximity, according to some energy experts.

Mitsui & Co. and Mitsubishi Corp. hold a 12.5 percent and 10 percent stake, respectively, in the business, in which Russian energy giant Gazprom PJSC has about a 50 percent stake.

The other stakeholder, British oil major Shell PLC announced its exit on Feb. 28, four days after Russia launched the invasion in Ukraine, casting light on what the two Japanese trading houses will do in response to the aggression.

While Mitsui and Mitsubishi said they will continue talks about the project with the government and other stakeholders, Economy, Trade and Industry Minister Koichi Hagiuda has said both public and private sectors must cooperate and "take every possible measure to prepare for an unpredictable event" in regards to the project.

O'Sullivan said companies should come up with a contingency plan in case they face difficulties in securing natural gas from Russia.

He said it will be hard for companies to find alternative gas from elsewhere, and that Japan would have to pay more if it were to purchase from the spot market, in which commodities are traded for immediate delivery, a development that would lead to higher energy prices in Japan.

"It's going to be difficult," he said. "I think one alternative is to find alternative supplies of gas, but these companies may also have to look at alternative sources," possibly coal, oil-powered generators or even nuclear power.