Japan will end all remaining COVID-19 quasi-state of emergency curbs as scheduled next week as the number of new infections has been trending downward, Prime Minister Fumio Kishida said Wednesday. 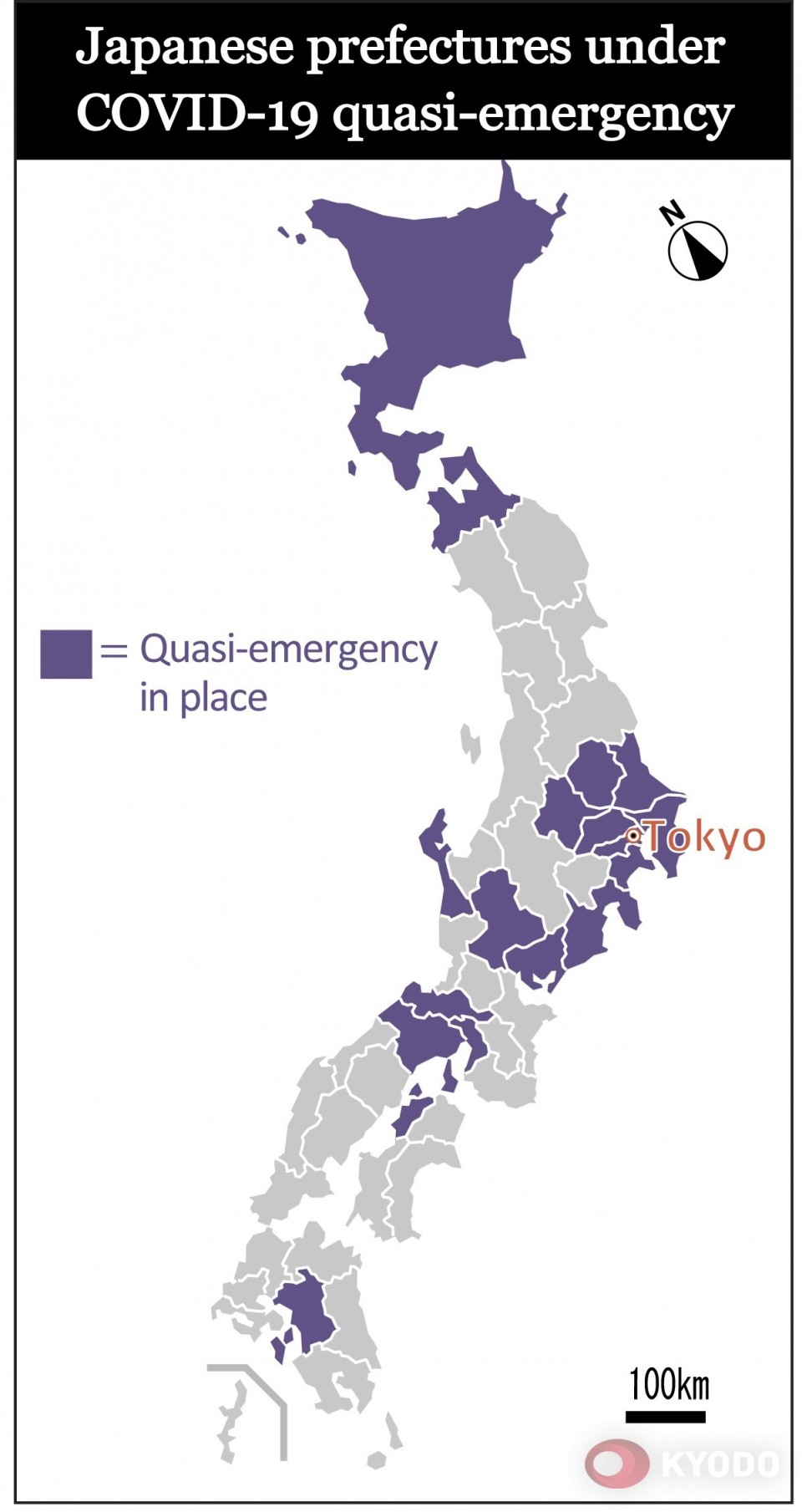 The 18 areas to have the curbs lifted include the Tokyo metropolitan region covering Chiba, Kanagawa and Saitama, Aichi in central Japan, Osaka and neighboring Kyoto. A formal decision on ending the emergency is expected Thursday.

The quasi-state of emergency, in place since late January due to the spread of the highly transmissible Omicron variant of the coronavirus, has allowed governors to request that restaurants and bars close early and stop serving alcohol.

The planned lifting on Monday would mean that the strain on hospitals has eased, although the downtrend in COVID-19 cases has been slower than expected in some areas.

"The number of newly confirmed cases has been on a clear downtrend," Kishida said at a press conference. "We are beginning to see the end of the sixth wave."

But he warned that the fatality rate and the percentage of people developing severe symptoms are higher than the flu.

"For a while, there will be a transition period," Kishida said. "It's a period during which we continue exercising maximum caution while returning to normal life as much as possible by ensuring safety."

The government will procure enough vaccines for the whole population -- 75 million shots by Pfizer Inc. and 70 million by Moderna Inc. -- to prepare for the rollout of fourth shots that could begin "at the most appropriate time" based on scientific evidence. 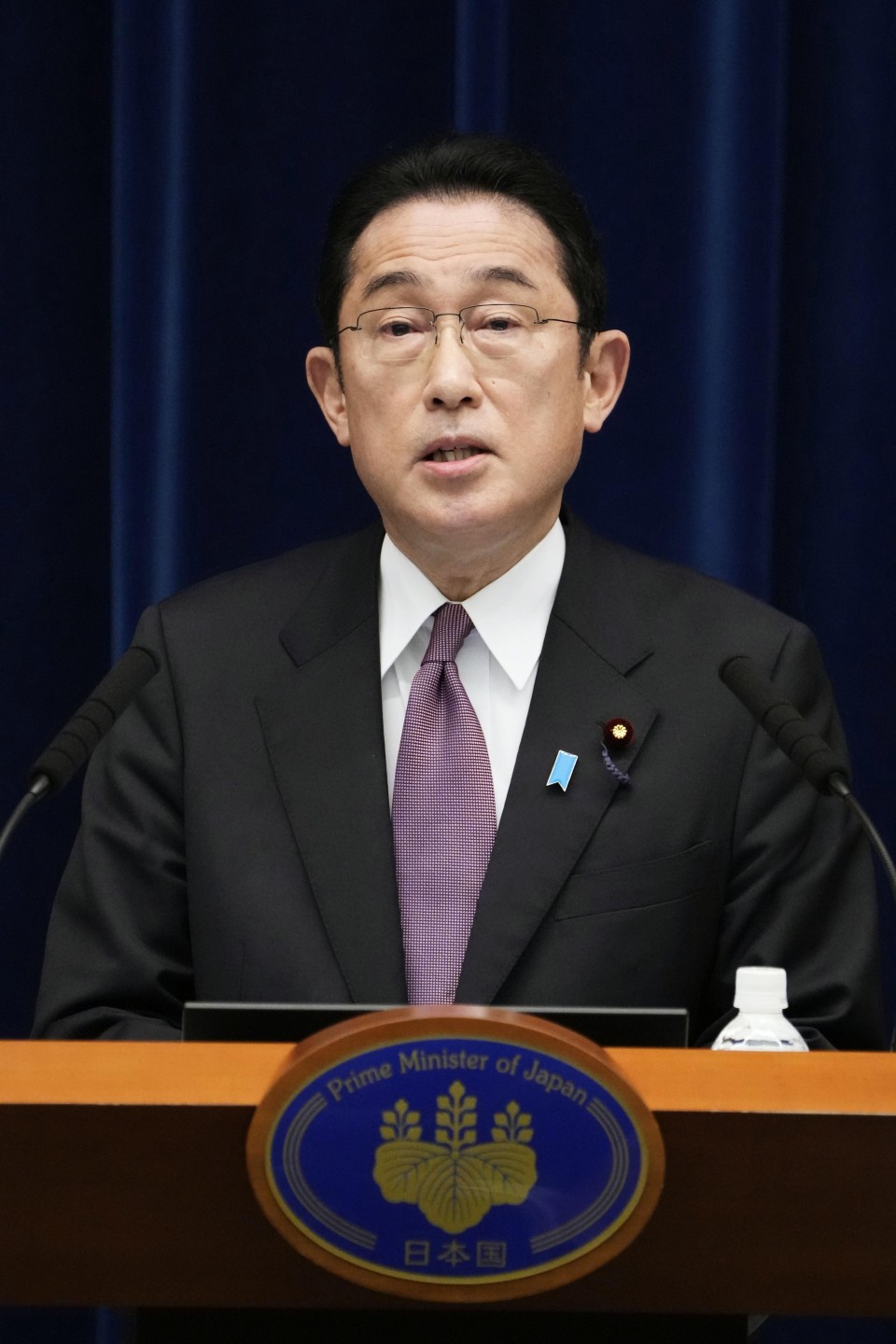 Japanese Prime Minister Fumio Kishida meets the press at his office in Tokyo on March 16, 2022. (Kyodo)

It also plans on securing an additional 3 million doses of COVID-19 drugs and will acquire 350 million coronavirus testing kits.

Those in workplaces, barring medical facilities and elderly care homes, that have implemented measures against coronavirus infections will no longer be designated as close contacts, Kishida said, expressing there is a need toward normalization of economic activity.

While many people infected with Omicron show no or mild symptoms, the spread of the BA.2 subvariant, which appears to be more contagious, has raised concern about a resurgence of cases that could stretch the health care system further.

Kishida asked for people to continue to wear face masks, adding it is difficult to decree when masks would no longer be necessary as they were deemed fundamental in the fight against the pandemic.

Tokyo reported 10,221 cases Wednesday, down around 600 from a week earlier.

Under new government guidelines, a quasi-emergency can be lifted when the strain on the health care system is expected to ease despite infection numbers staying at high levels. Even when the occupancy rate of designated beds is above 50 percent, the government can end emergency steps if the number of newly confirmed cases is on a downtrend. 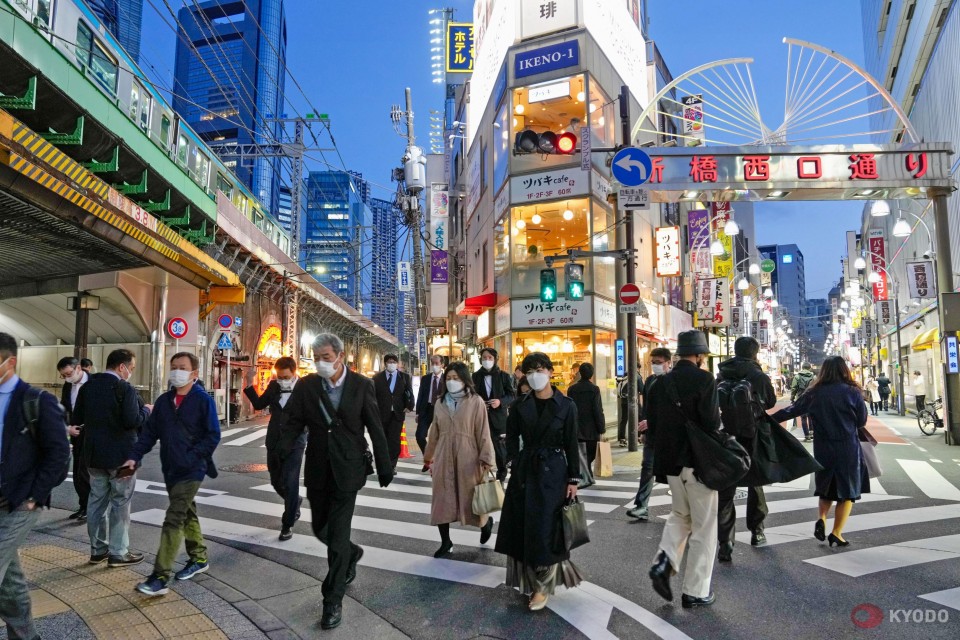