Myanmar's military chief Sunday vowed to "annihilate" anti-junta forces and their supporters, saying there is no room for negotiations with such groups.

Speaking before over 8,600 troops gathered for an annual military parade marking the 77th annual Armed Forces Day, Senior Gen. Min Aung Hlaing said the military will not negotiate with the opposition groups, which it calls terrorist groups. 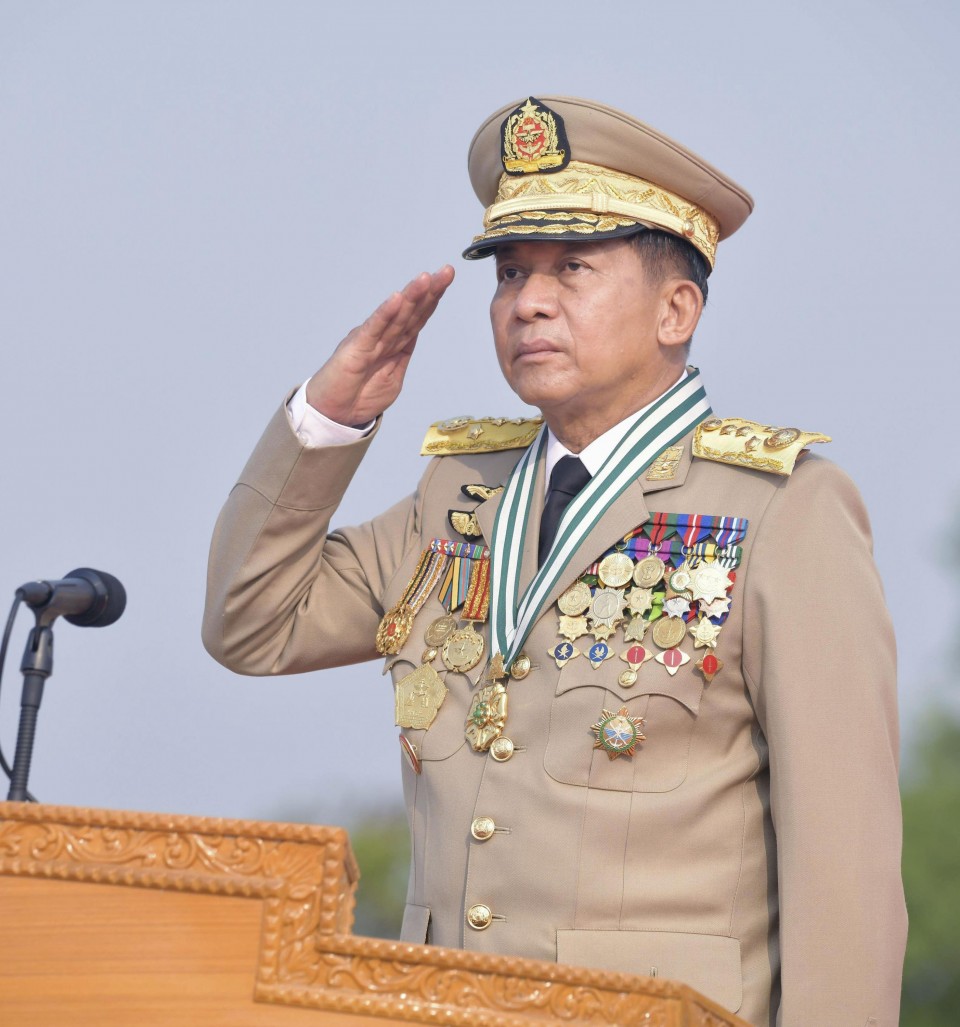 He said the military, also known as Tatmadaw, will continue annihilating such groups until the country regains peace and stability.

"I would like to highlight that there are no governments or armies worldwide that negotiate with any terrorist groups," the military chief said.

Nearly 1,700 people have died in Myanmar at the hands of the military since the coup, according to a human rights group monitoring the situation in the country. 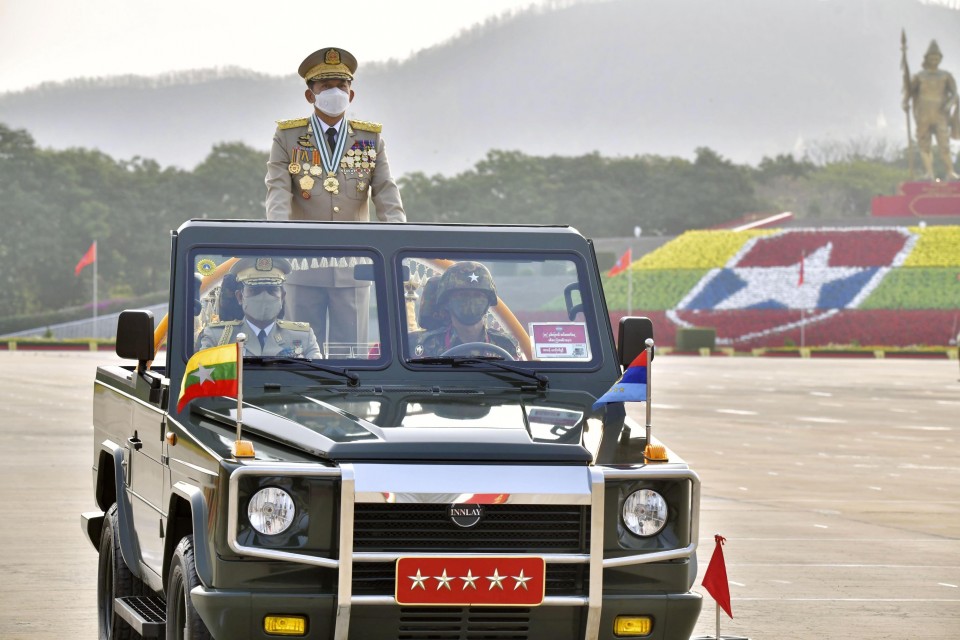 The repression has led to armed resistance among pro-democracy anti-coup elements, creating pockets of conflict and fighting across the country of 54 million.

The senior general in his speech also expressed concern about unity within the military, warning that "foreign aggressors" and some political forces in the country are trying to disintegrate the military by acts of "internal and external mischiefs."

"It is always needed to have a strong sense of unity within the organization," he said.

Armed Forces Day marks the day in 1945 when Gen. Aung San, the late father of the ousted and detained civilian leader Suu Kyi, began the resistance against the Japanese occupying forces during World War II.