Myanmar's government has rejected the United States' labeling of the Southeast Asian nation's military repression of the Rohingya ethnic minority as genocide, saying the country has "never engaged in any genocidal actions."

"The narratives mentioned in the speech of the secretary of state are found to be far from realities and references made were also from unreliable and unverifiable sources," the Foreign Ministry said in a statement released late Tuesday. 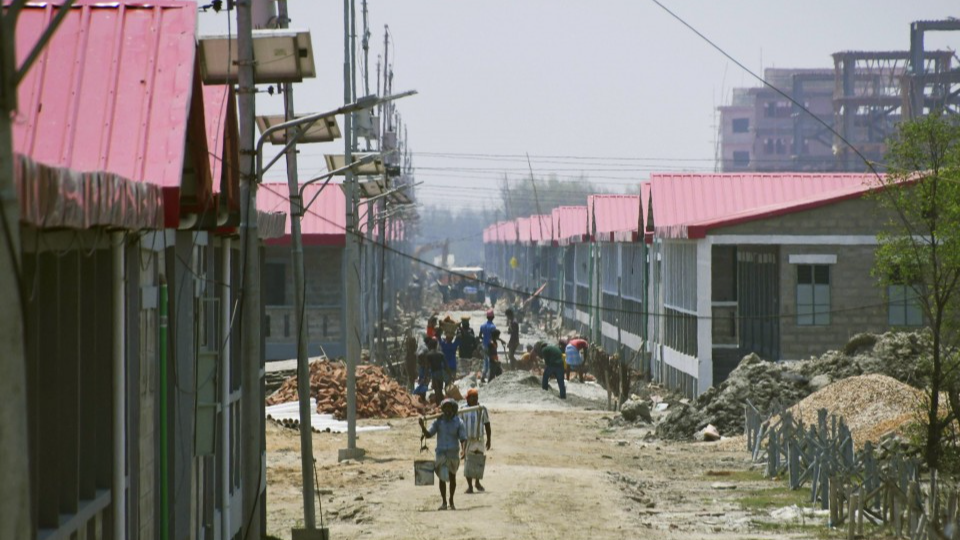 File photo taken in April 2019 shows a settlement built on an island in the Bay of Bengal to house Rohingya refugees. (Kyodo)

The remarks came after U.S. Secretary of State Antony Blinken announced the designation on Monday while describing the atrocities against the mainly Muslim minority as "widespread and systematic."

The decision to categorize the incident as genocide was reached after reviewing detailed documentation compiled by human rights organizations and other impartial sources and through the government's own fact-finding efforts, according to Blinken.

The ministry said it "categorically rejects" Blinken's remarks, describing them as "politically motivated and tantamount to interference in the internal affairs of a sovereign state."

In 2017, when the country was ruled by a civilian government that was later overthrown, the military conducted a campaign against Rohingya who were mostly living in the country's western Rakhine State. Over 9,000 were killed in the violence and more than 740,000 forced to flee to neighboring Bangladesh.

The International Court of Justice in 2019 started hearings on the alleged persecution and genocide against the Rohingya minority. The following year, the ICJ issued a provisional order for Myanmar to take "all measures" to end the persecution of the Rohingya.

Hearings aimed at determining whether genocide was committed continue in The Hague.

Under a U.N. convention, genocide constitutes actions such as killing and causing serious bodily or mental harm, "committed with "intent to destroy, in whole or in part, a national, ethnical, racial or religious group."