Japanese Prime Minister Fumio Kishida and his Cambodian counterpart, Hun Sen, urged Russia on Sunday to immediately end the war in Ukraine and withdraw its forces from the country, condemning the aggression as "a grave breach of the United Nations Charter."

In a joint statement issued after their meeting in Phnom Penh, the leaders also called for the immediate cessation of violence in coup-hit Myanmar and demanded that the junta release ousted civilian leader Aung San Suu Kyi and other detainees and restore the democratic political system. 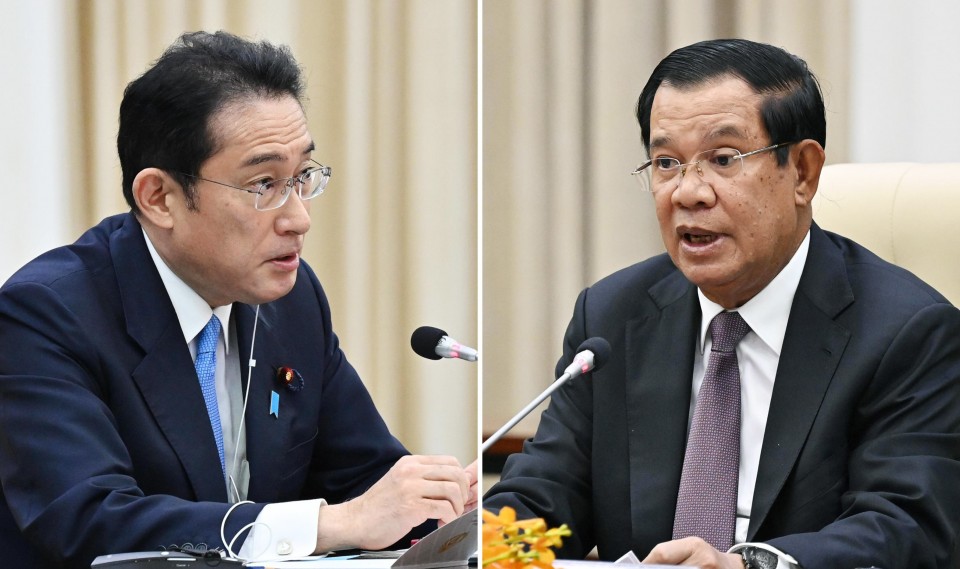 Kishida and Hun Sen "recognized that this aggression jeopardizes the foundation of international order which does not accept any unilateral change of the internationally recognized borders by force," according to the statement, although it did not single out Russia.

"We confirmed to closely cooperate to preserve the foundation of the international order," Kishida told a joint press conference with Hun Sen.

"War cannot be ended by war and peaceful solution is the only means," Hun Sen said, citing Cambodia's experience of fighting a civil war from 1970 to 1991.

Given Russian President Vladimir Putin's suggestion that the country could use its nuclear arsenal in the face of Ukraine's resistance and economic sanctions from Western nations, Kishida and Hun Sen stressed, "Neither threat nor use of all kind of weapons of mass destruction can ever be accepted."

As the veto power held by Russia, a permanent member of the Security Council, has made the top U.N. decision-making body fall into disarray in addressing the Ukraine crisis, the leaders agreed that reform of the Security Council is needed as soon as possible and pledged to cooperate in coordinating its reform.

Following the Russian invasion of the former Soviet republic on Feb. 24, Tokyo has been ramping up pressure on Moscow through economic sanctions in lockstep with the United States and other Group of Seven major developed countries.

Meanwhile, members of the Association of Southeast Asian Nations have not been united in taking a resolute stance on Russia.

Early this month, Cambodia, which chairs the 10-member group this year, voted for a U.S.-led U.N. General Assembly resolution condemning Russia's aggression against Ukraine as one of the nearly 100 co-sponsoring nations of the resolution, along with Japan. The resolution was adopted with the approval of 141 members in total.

Seven other ASEAN nations, including Indonesia, Thailand and Singapore, also voted for the resolution, while Vietnam, which has had friendly ties with Russia since its Soviet Union days, abstained from the council vote along with Laos.

The statement also said Japan and Cambodia reaffirmed their commitment to maintaining peace, stability and security "in the same spirit" in the Indo-Pacific region, where China's maritime assertiveness has grown.

Vowing to work together toward realizing a free and open Indo-Pacific, Kishida and Hun Sen shared "the importance of urging countries concerned to avoid unilateral actions that would increase tensions or complicate the situation in the South China Sea." 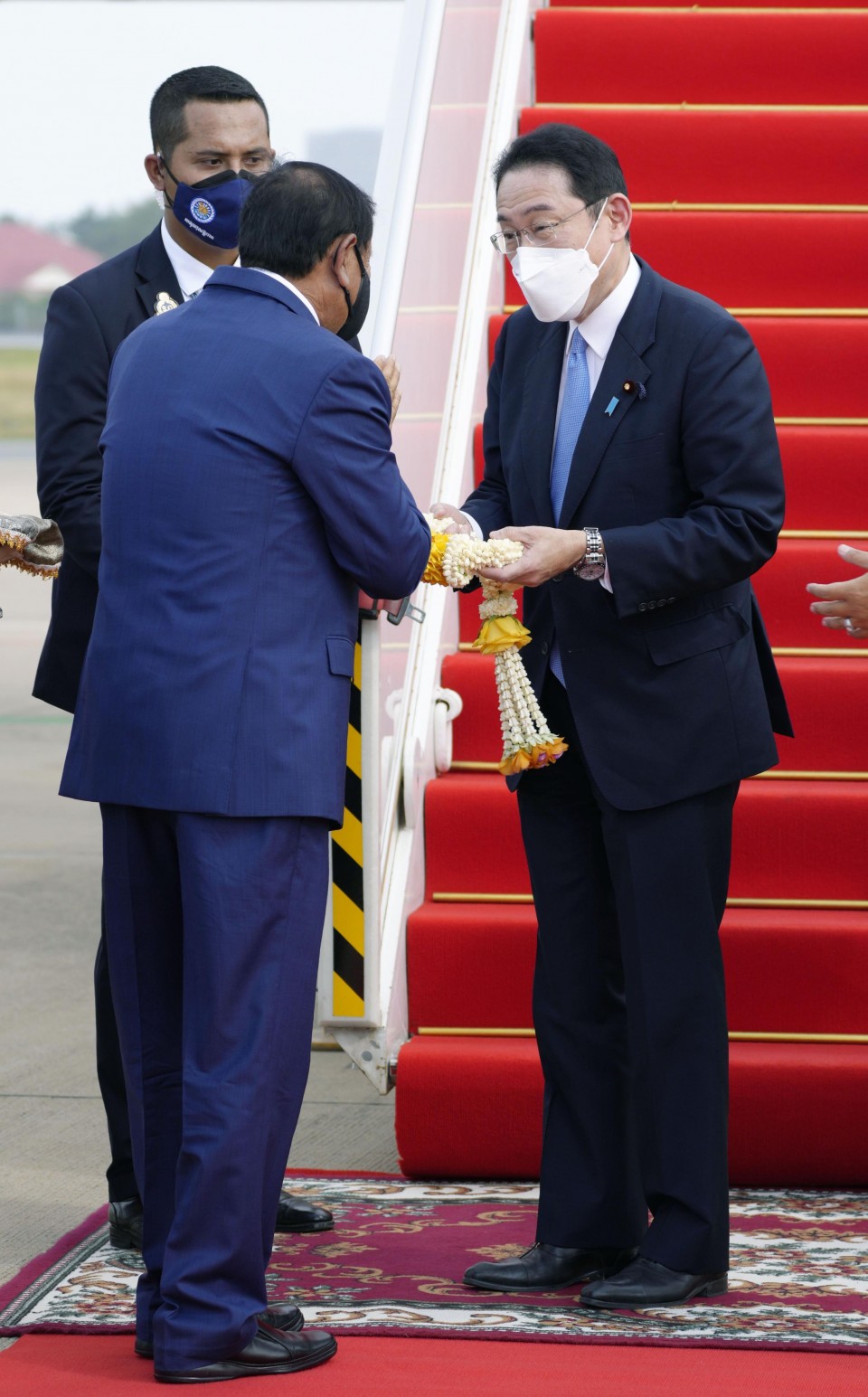 Japanese Prime Minister Fumio Kishida (R) is welcomed at Phnom Penh airport in Cambodia on March 20, 2022, wearing a mask for protection against the coronavirus. (Kyodo) ==Kyodo

Cambodia has taken on active diplomacy toward improving the situation in Myanmar. In January, Hun Sen traveled to the country's capital Naypyitaw for talks with junta chief Senior Gen. Min Aung Hlaing, becoming the first foreign leader to travel to the nation since the coup.

Hun Sen said that he and Kishida called on all parties to exercise "maximum restraint."

Kishida and Hun Sen also pledged to promote their nations' bilateral cooperation in the security field, as this year marks the 30th anniversary of Japan's dispatch of Self-Defense Forces personnel to Cambodia, the first time the SDF joined in a U.N. peacekeeping operation.

Kishida is on a three-day visit through Monday, which also took him to India. On Saturday, Kishida and Indian Prime Minister Narendra Modi aired "serious concern about the ongoing conflict and humanitarian crisis in Ukraine" and urged an "immediate cessation of violence."