A magnitude 6.6 earthquake struck off the main island of Java in Indonesia on Friday afternoon, sending people in high-rise buildings in the capital Jakarta into panic.

The 4:05 p.m. quake occurred just off the western tip of the island at a depth of 37 kilometers, according to the U.S. Geological Survey.

The country's Meteorological, Climatology and Geophysics Agency said there was no threat of tsunami from the quake.

The spokesman said there were no reports of human casualties following the quake. 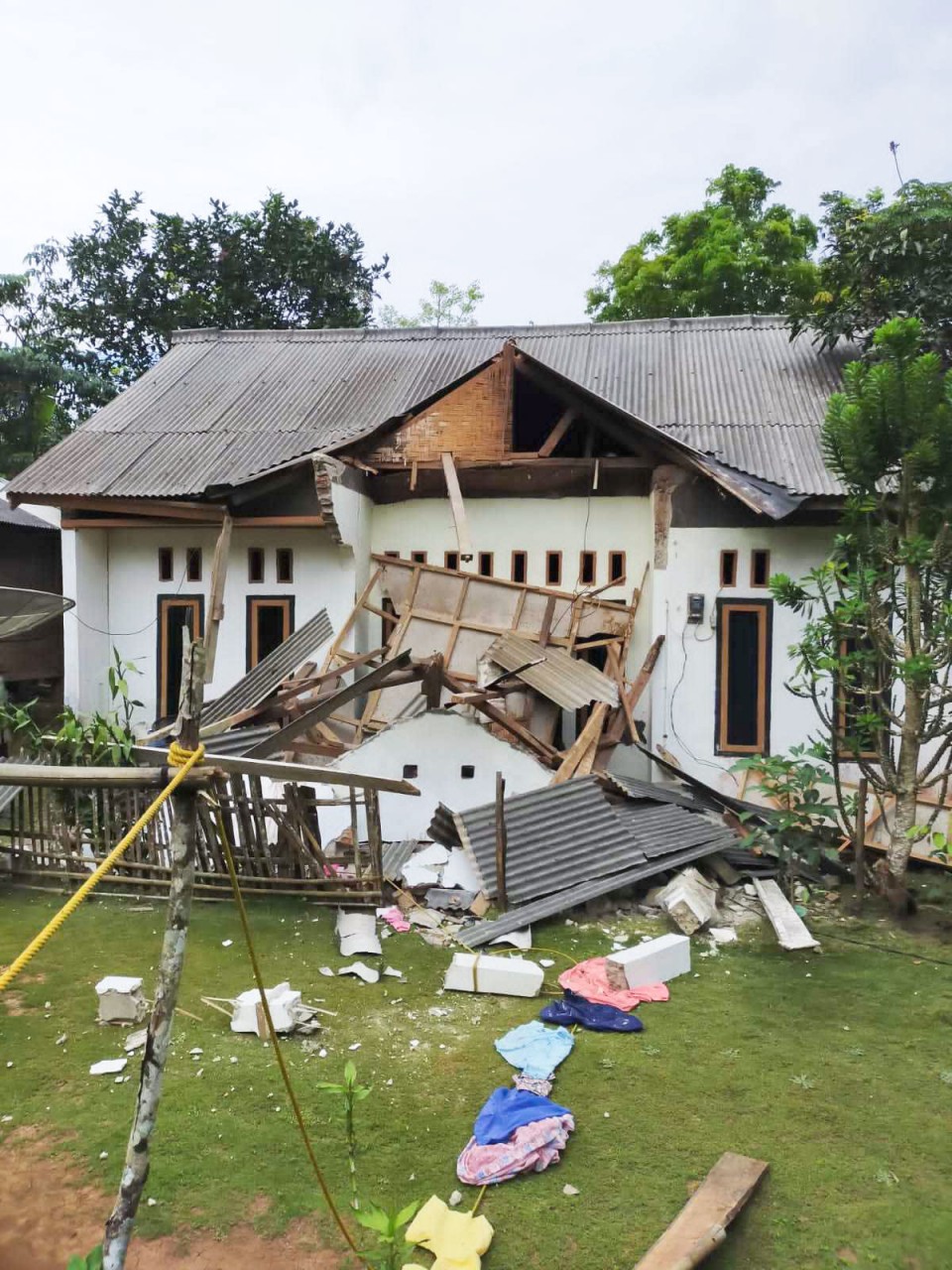 A house is seen damaged in Banten, Indonesia, on Jan. 14, 2022, after a major earthquake off the main island of Java. (Photo courtesy of Indonesia's National Disaster Mitigation Agency)(Kyodo)