A strong earthquake with a magnitude of 6.1 struck near the Ogasawara Islands in the Pacific Ocean, south of Tokyo, on Tuesday morning but there were no reports of injuries or serious damage to infrastructure, authorities said.

The quake occurred at 6:08 a.m., registering upper 5 on the Japanese seismic intensity scale of 7 on Hahajima Island, according to the Japan Meteorological Agency. The agency said there was no threat of a tsunami. 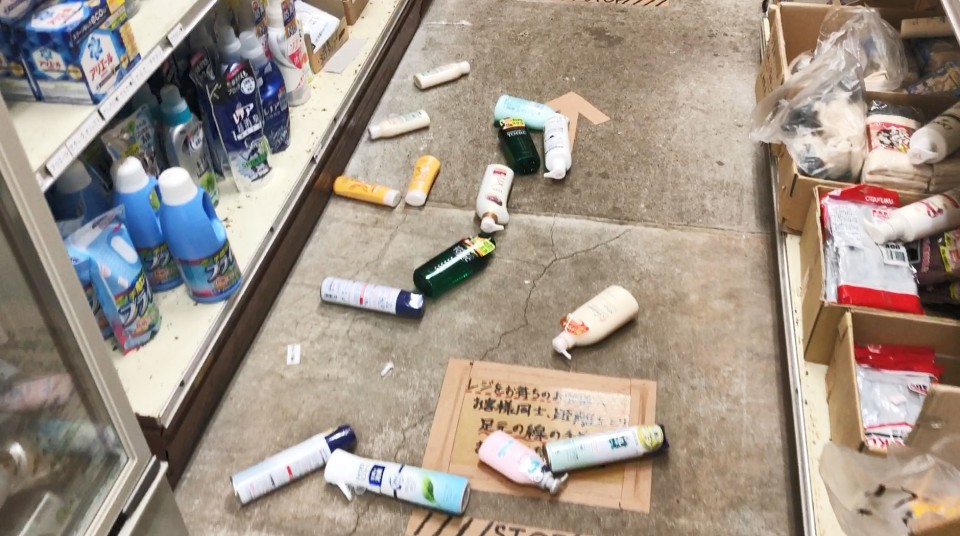 Photo from a video taken in the village of Ogasawara, Tokyo, by a resident shows merchandise scattered across the floor of a shop following an earthquake on Jan. 4, 2022. (Courtesy of the resident)(Kyodo)

Following the temblor, the government set up a liaison office at the premier's office to gather information.

The quake also logged 4 on the seismic intensity scale on Chichijima Island, according to the agency.

The focus in waters near the island was at a depth of 77 kilometers.

The agency initially said the quake's magnitude was 6.3 but later revised it downward.

"There was a strong jolt while I was sleeping and I jumped out of bed, but the tremor soon stopped," said Mamoru Kizaki, an official of the Ogasawara village office.

A weather agency official warned that further earthquakes of up to upper 5 on the intensity scale could occur over the coming seven days, especially in the next two to three days.

The two islands, located roughly 1,000 kilometers south of the Japanese capital and administered by the Tokyo metropolitan government, are the only territories with inhabitants in the Ogasawara Island chain except for Iwoto Island, where troops of Japan's Self-Defense Forces are stationed. 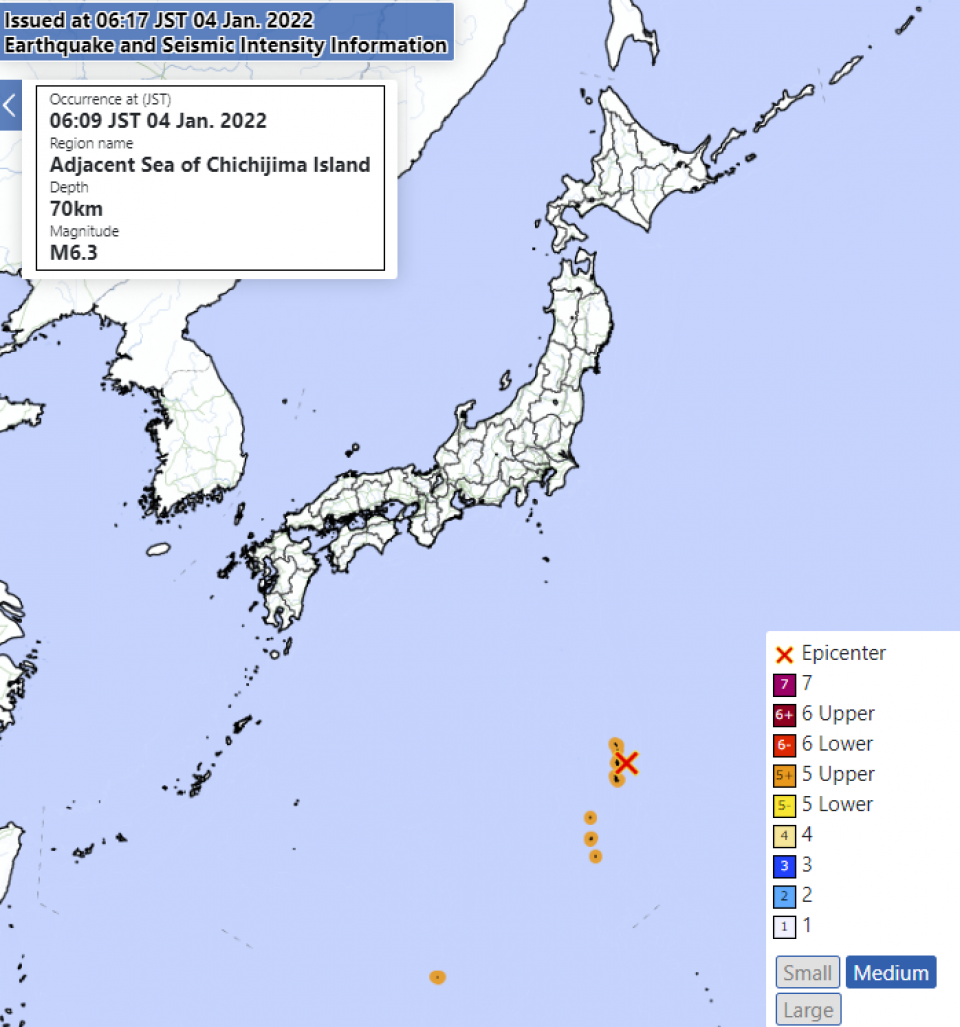