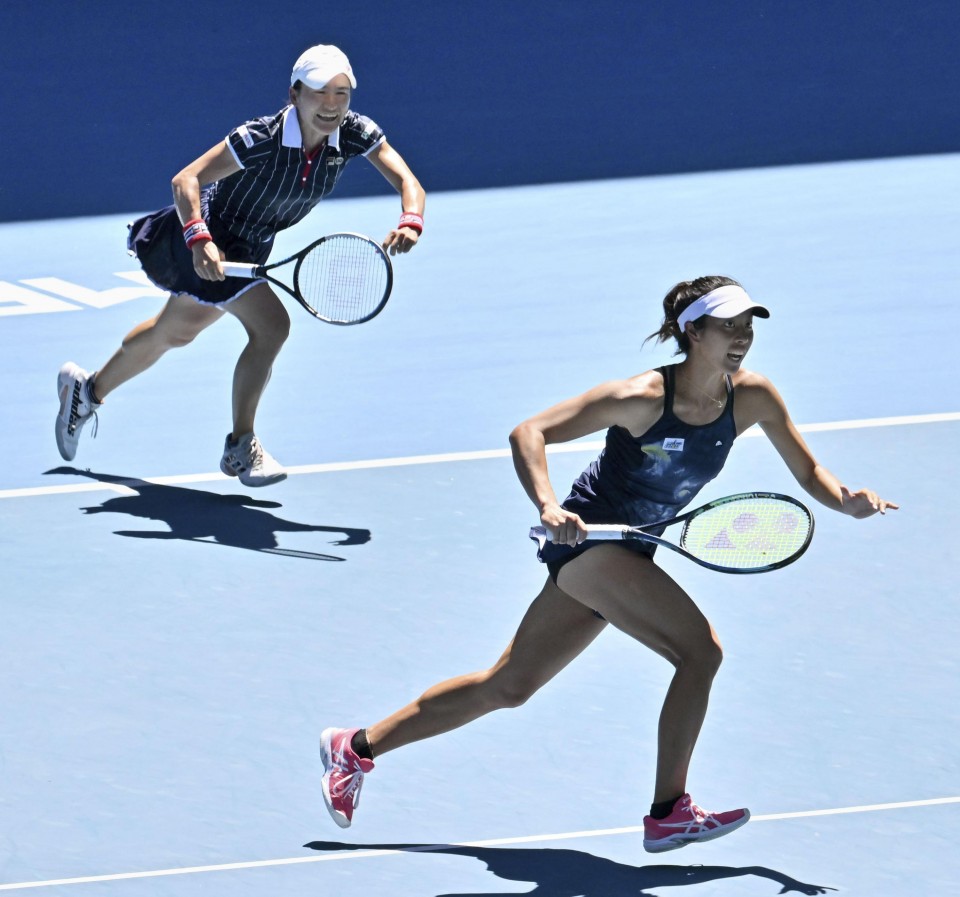 Japan's Ena Shibahara (front) and Shuko Aoyama play against Croatia's Petra Martic and Shelby Rogers of the United States in the women's doubles quarterfinals at the Australian Open tennis championships in Melbourne on Jan. 25, 2022. (Kyodo) ==Kyodo

Aoyama and Shibahara took the first set by rolling off five straight games from 1-1. They secured the decisive break to go up 5-4 in the second before Shibahara served out the match.

The duo, who represented Japan at last summer's Tokyo Olympics, will face Kazakhstan's Anna Danilina and Brazilian Beatriz Haddad Maia in the semis.