Tennis star Novak Djokovic was deported from Australia on Sunday, just a day before the Australian Open, after losing a second legal challenge against the cancellation of his visa as an unvaccinated player.

The Serbian player departed from Melbourne airport on a flight to Dubai late Sunday, hours after Federal Court of Australia judges upheld the cancellation unanimously, according to local media. 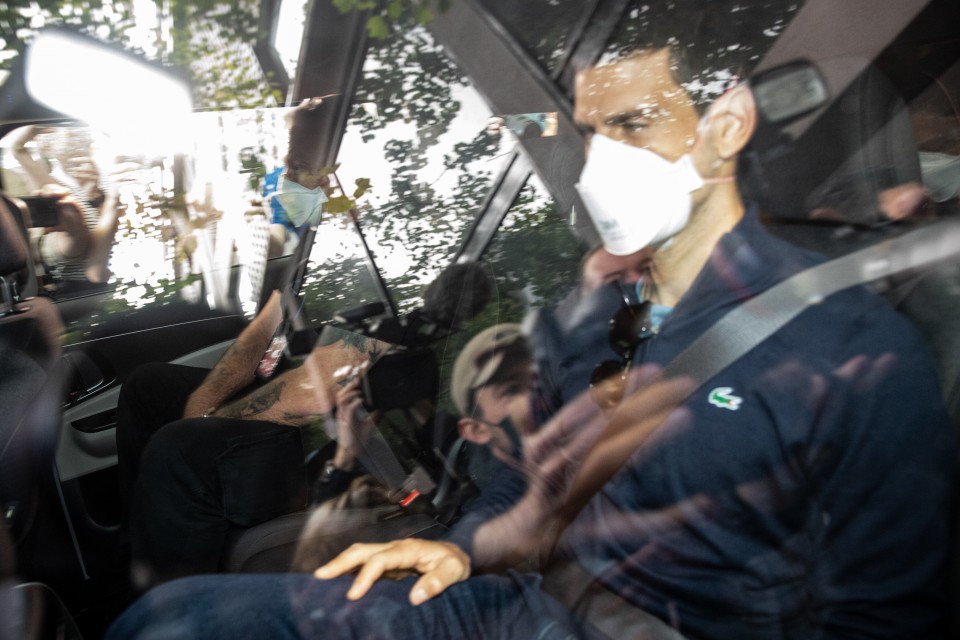 "I am extremely disappointed with the court ruling to dismiss my application for judicial review of the minister's decision to cancel my visa," Djokovic said in a statement.

"I respect the court's ruling and I will cooperate," the men's world No. 1, who faces a three-year ban on re-entry, added, before thanking his supporters and wishing players and fans all the best for the upcoming tournament.

The reasons for the court's decision are not yet known, but are expected to be shared in the coming days.

The court's Chief Justice James Allsop stressed Sunday's hearing was ruling on the lawfulness and legality of the government's decision to cancel Djokovic's visa for a second time, not whether it was the right decision.

Allsop dismissed speculation over the validity of the government's suggestion that his presence in Australia would stoke anti-vaccination sentiment.

"I welcome the decision to keep our borders strong and keep Australians safe," Morrison said in a statement released late Sunday.

The decision brings to an end a weeks-long saga surrounding Djokovic and his participation in the tournament, amid controversy over his entry into Australia on Jan. 5 without being vaccinated for COVID-19, contrary to border entry rules. 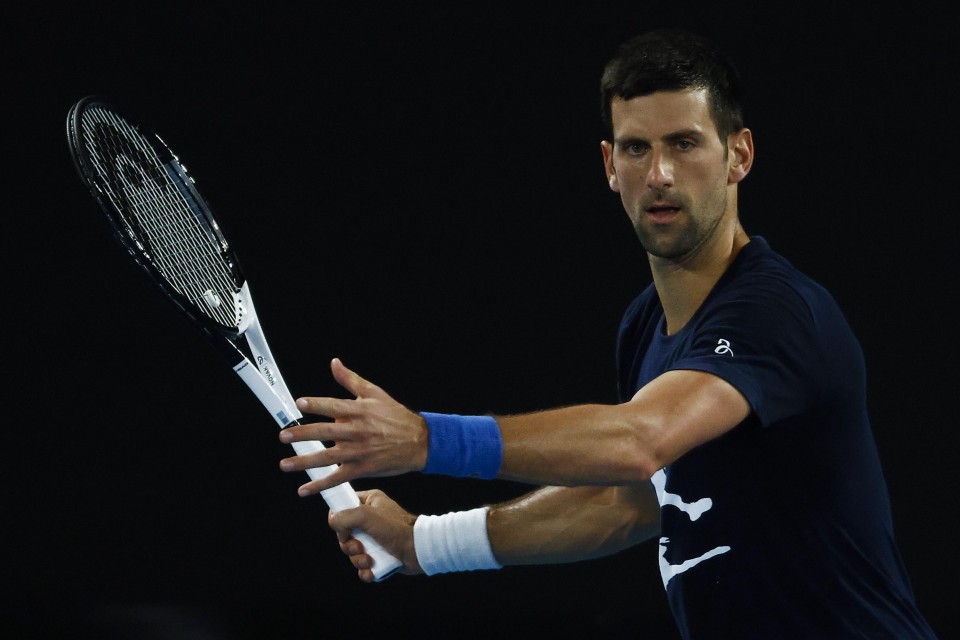 Novak Djokovic of Serbia plays a forehand during a practice session ahead of the 2022 Australian Open at Melbourne Park on Jan. 14, 2022, in Melbourne, Australia. (Getty/Kyodo)

Djokovic won last week an expedited legal battle against the initial cancellation of his Australian visa upon his arrival in the country.

But Australia's Immigration Minister Alex Hawke on Friday canceled the player's visa for a second time, sparking a fresh legal battle as the men's top seed fought to stay in the country to seek a record 10th Australian Open title.

Djokovic, the record nine-time Australian Open winner, had been seeking his 21st overall Grand Slam title in the upcoming tournament, a feat that would see him surpass Swiss Roger Federer and Spaniard Rafael Nadal to take the men's record for most Grand Slam titles.

The tennis star now faces a ban on entry to Australia of up to three years, meaning Djokovic may not be able to play in future Australian Open tournaments until 2025, unless a decision is made by the government to waive the ban in "compelling circumstances that affect the interests of Australia," court documents showed.

World No. 150 Italian player Salvatore Caruso will replace the top seeded Djokovic in the tournament's draw, with the first match slated for Monday night.