Ozeki Takakeisho will miss the rest of the New Year Grand Sumo Tournament, the first of the year's six grand tournaments, after suffering a sprained right ankle, his stablemaster said Wednesday.

Japan-born Takakeisho, who wrestles at sumo's second-highest rank, got off to a winning start in the 15-day tournament at Tokyo's Ryogoku Kokugikan but lost his next two bouts and was 1-2 after three days. Takakeisho sprained his ankle in a fall in Tuesday's third-day loss to No. 2 maegashira Ura. 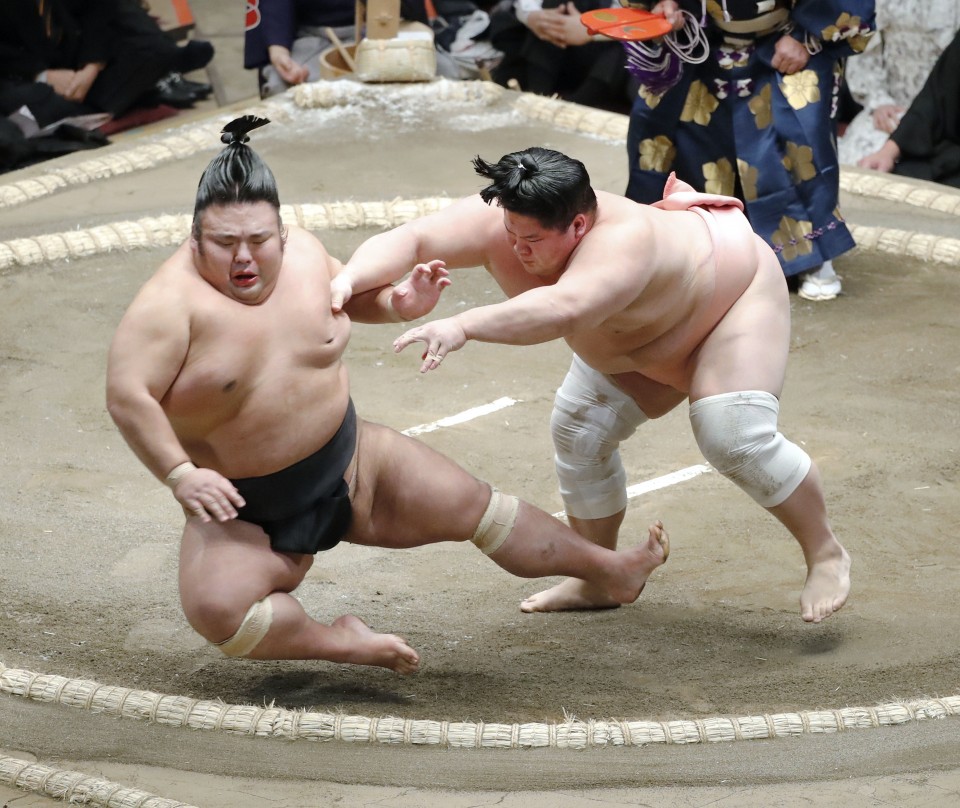 His stablemaster, Tokiwayama, said the two-time grand tournament champion told him that he hurt his ankle and could not wrestle.

"He's not going to be fit to compete (again) in this tournament," Tokiwayama said. "I want him to focus on his rehab so he'll be ready in time for the Spring Grand Tournament (in March)."

The ozeki, who forfeited his fourth-day bout against No. 1 maegashira Kiribayama, is withdrawing from a basho for the eighth time in his career. In March, the 25-year-old will fight as a demotion-threatened "kadoban" ozeki, needing to win at least eight bouts to avoid demotion to sekiwake, sumo's third-highest rank.

Takakeisho is the sixth wrestler in the juryo division or the elite makuuchi division to go on the New Year absentee list.