The Japanese women's national curling team will open their Beijing 2022 campaign against defending champions and world No. 1 Sweden, according to the Olympic curling draws that were unveiled Wednesday.

Curling competitions will take place in the National Aquatics Centre, also known as the Ice Cube, beginning Feb. 2, two days before the opening ceremony of the Winter Olympics in the Chinese capital, and continue until Feb. 20. 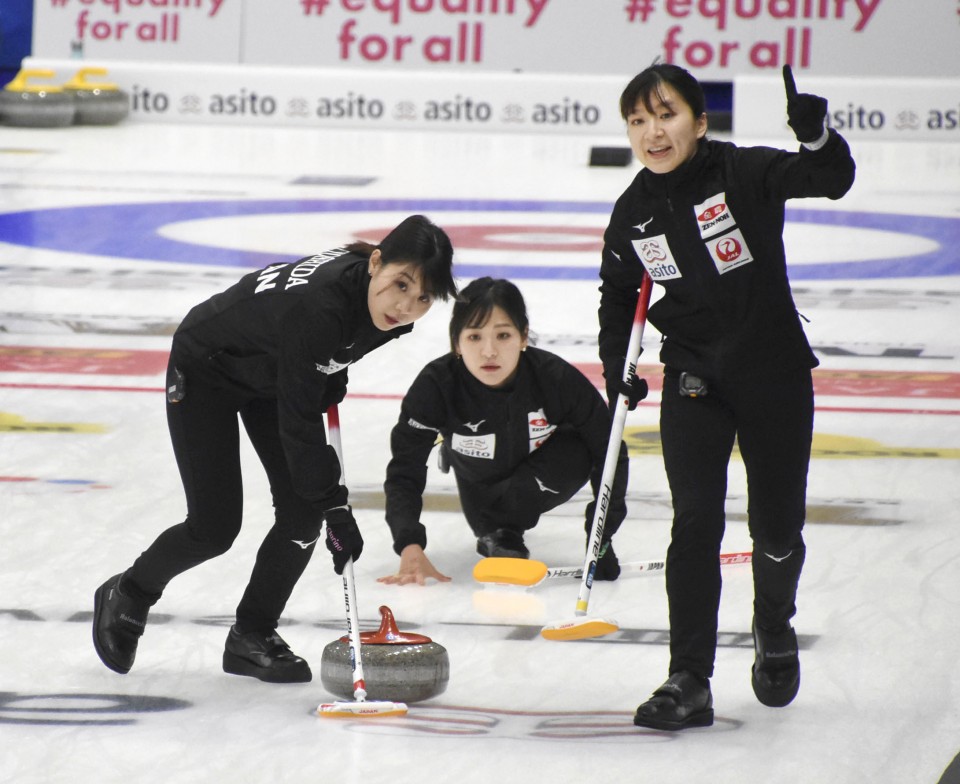 (From L) Yurika Yoshida, Chinami Yoshida and Yumi Suzuki of the Japanese women's curling team play in a match against Estonia on Dec. 15, 2021, in Leeuwarden, the Netherlands, at the final qualifying tournament for the 2022 Beijing Winter Olympics. (Kyodo) ==Kyodo

Nicknamed Loco Solare, the Japanese team is currently ranked seventh in the world and will be looking to improve upon their bronze medal from Pyeongchang 2018.

Japan's first action against Anna Hasselborg's team, who won back-to-back silvers at the worlds in 2018 and 2019, will be on Feb. 10, and Loco Solare will close out the round robin against reigning women's world champions Switzerland on Feb. 17.

In the preliminary round, 10 teams play a round-robin tournament and the four best teams advance to the semifinals and the medal matches.