The top executive of Kirin Holdings Co. said Tuesday the company may ask the Japanese government for help to resolve a dispute over ending its beer business partnership with a Myanmar military-linked entity.

Kirin Holdings President and CEO Yoshinori Isozaki said in an interview with Kyodo News that his company may need such support, depending on the ruling by a Yangon district court after its partner Myanma Economic Holdings Public Co. unilaterally filed a petition last month to liquidate a joint venture called Myanmar Brewery Ltd. 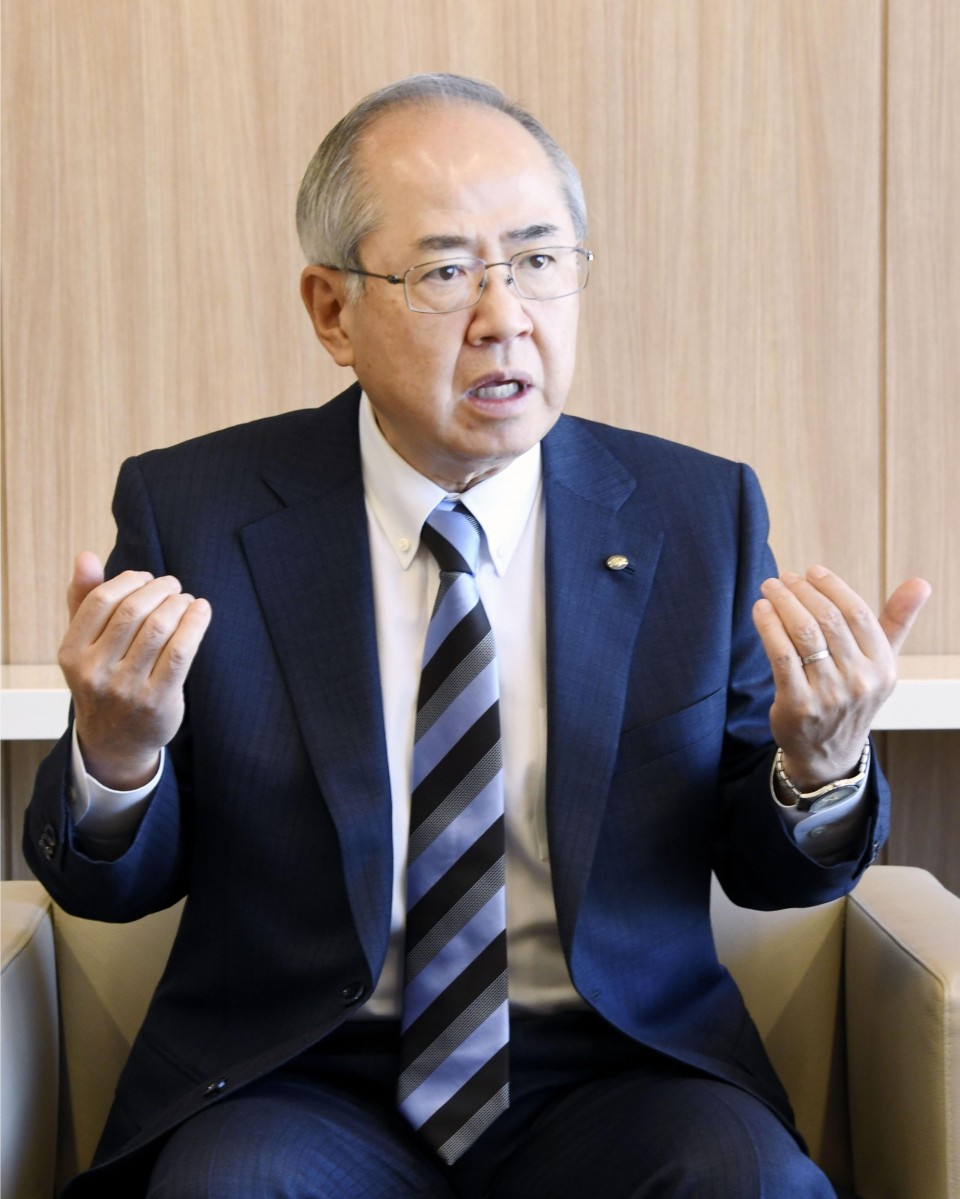 Kirin Holdings President and CEO Yoshinori Isozaki talks in an interview with Kyodo News in Tokyo on Dec. 21, 2021. (Kyodo)

Isozaki said he hopes the dispute on the venture, the biggest beer company in Myanmar owned 51 percent by Kirin and 49 percent by the Myanmar entity, can be resolved by the end of June.

"I believe the government did not strongly urge us to invest only to feign ignorance when things go badly," the 68-year-old said, referring to a 2014 investment treaty between Japan and Myanmar.

The Tokyo-based company entered the Myanmar market in 2015 following the agreement that protects investors from becoming stripped of their investment assets and as the Southeast Asian country moved toward democratization.

Kirin has two joint ventures -- Myanmar Brewery and Mandalay Brewery Ltd. -- with Myanma Economic Holdings but decided in February to end its partnership with the local partner after the Myanmar military seized power in a coup. Since then, the Japanese company has sought to negotiate but has been unsuccessful.

In response to the legal action by Myanma Economic Holdings, a Kirin subsidiary filed for commercial arbitration with the Singapore International Arbitration Centre earlier this month.

Kirin is looking for a new local partner not linked to the Myanmar military. But Isozaki said Kirin would pull out of the Myanmar market when requested by the Southeast Asian country "if a resolution has been made in a legal and logical manner following a proper discussion."

The chief executive said the military coup was "unexpected" and that the "world is watching" how Kirin will handle the issue.

The partner has yet to respond sufficiently to Kirin's request for talks on the matter, Isozaki said, adding he hopes his company and the country's military government, which is looking for overseas investors, will reach a fair resolution in the dispute.