Japan attacker Takefusa Kubo struck an injury-time winner after coming off the bench late Saturday, as Mallorca came back to stun reigning champions Atletico Madrid 2-1 in the Spanish top flight.

The 20-year-old, who returned last weekend after missing two months with a knee injury, entered in the 74th minute at Madrid's Wanda Metropolitano and finished off a counter in stoppage time to give the visitors their first win in eight La Liga games.

Atletico had 10 men in the opposition half for a free-kick that was cleared away before Angel Rodriguez's through ball set up Kubo to run free to the other end and slot past Atletico keeper Jan Oblak.

Matheus Cunha scored a scrappy opener for Atletico in the 68th minute before Franco Russo headed Mallorca level from a free kick with 10 minutes to go. 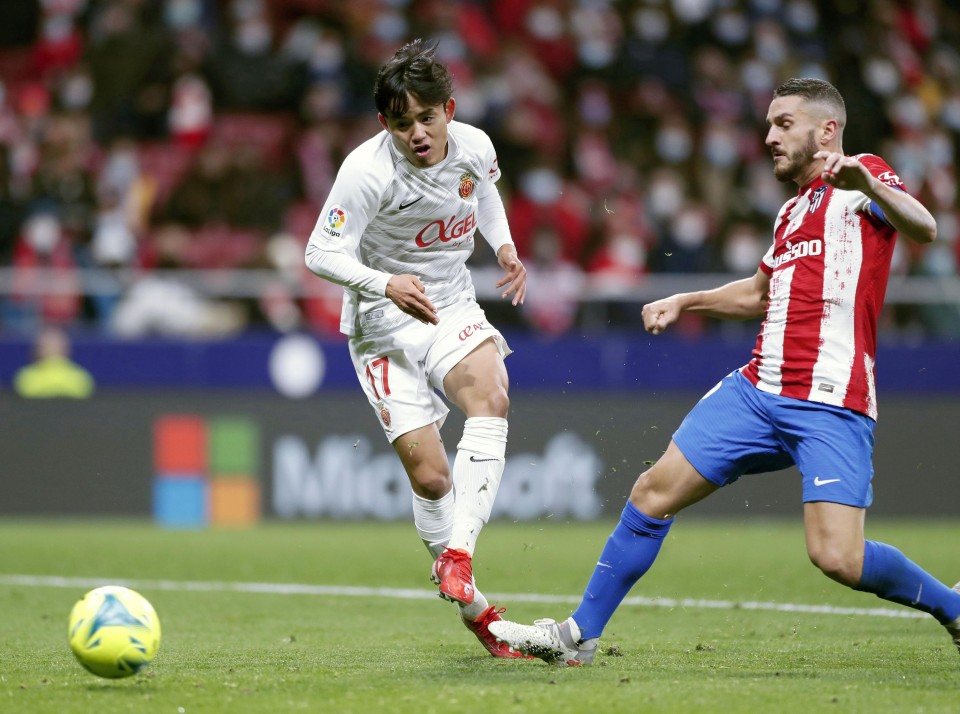 In the Dutch Eredivisie, Ritsu Doan scored one and set up another as PSV Eindhoven won 4-1 at home against Utrecht.

PSV led 2-1 at the break after conceding the opener. Doan made it 3-1 in the 51st minute, with his effort from the penalty area creeping inside the near post.

The left-footed attacker then assisted on Phillipp Mwene's 70th-minute goal, coolly setting up the Austrian right-back with his heel.

In Germany, Masaya Okugawa set up the leveler for Arminia Bielefeld as they drew 1-1 at home against Cologne.