Japan forward Kyogo Furuhashi bagged the winner in Celtic's 1-0 win over Hearts on Thursday, taking his season's tally to eight goals in the Scottish Premiership.

Furuhashi stayed just onside and slotted in an Anthony Ralston cross from the right in the 33rd minute at Celtic Park to help send Ange Postecoglou's side within four points of leaders Rangers. 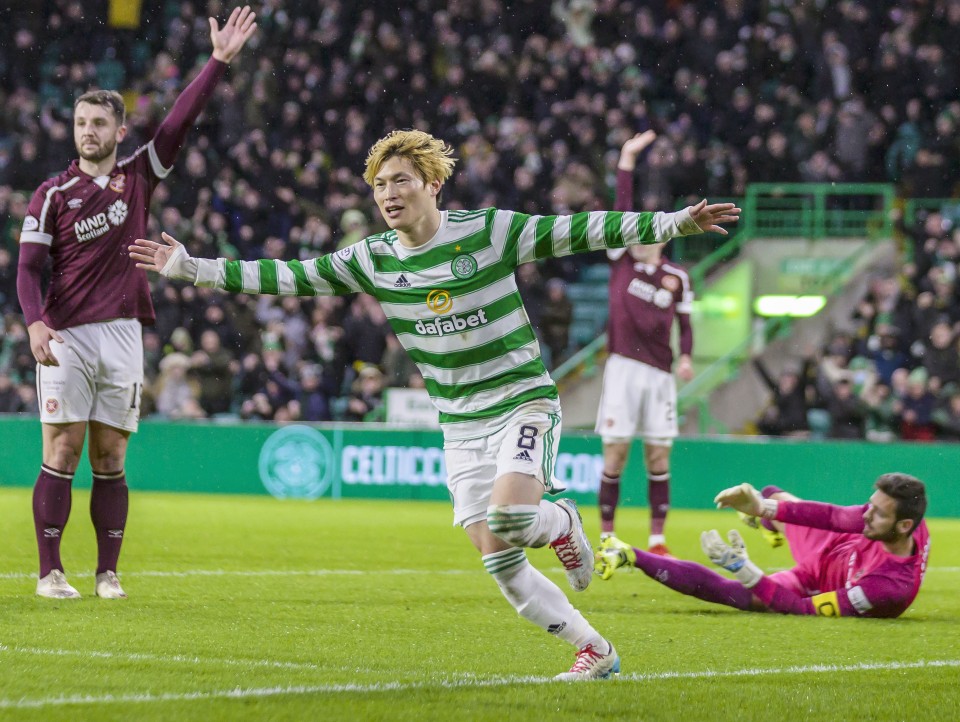 Kyogo Furuhashi of Celtic celebrates after scoring a goal against Hearts during a Scottish Premiership match in Glasgow on Dec. 2, 2021. (For editorial use only)(Kyodo)

The 26-year-old, a summer signing from Vissel Kobe, is joint top with Motherwell's Tony Watt in the Scottish top-tier's scoring chart. Furuhashi had scored 15 goals for Kobe in the J-League before his mid-season departure.

In England, Takehiro Tomiyasu played the full 90 minutes at right-back for Arsenal but was unable to save them from a 3-2 defeat away to Manchester United, Cristiano Ronaldo scoring the 70th-minute winner at Old Trafford for his second on the night.