Woman arrested for pushing son to death from Tokyo hotel

A woman was arrested Wednesday for allegedly pushing her 9-year-old son to death from a Tokyo hotel, police said.

The police believe the 47-year-old woman attempted to commit murder-suicide involving herself, her son and her 7-year-old daughter by jumping from the emergency stairs on the 23rd floor of the hotel in Kabukicho in the capital's Shinjuku Ward. 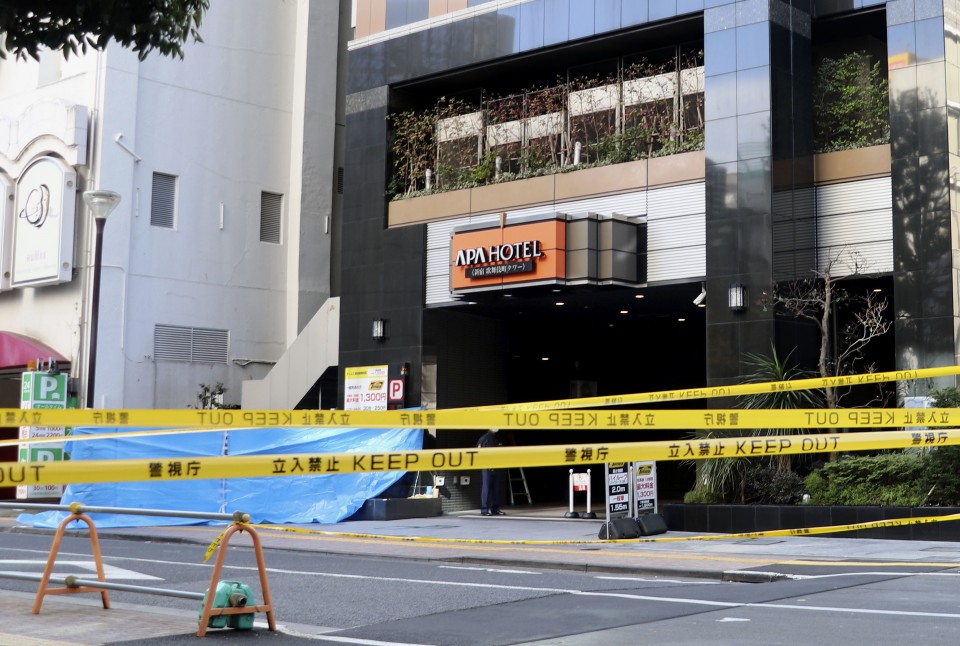 Photo taken on Dec. 29, 2021, in Tokyo's Kabukicho district shows a hotel where a boy was found dead on the premises. (Kyodo)

The woman has admitted that she pushed her son from the stairs, according to the police.

The arrest came after a policeman found the boy lying on the ground on the hotel's premises after hearing a loud noise at around 7 a.m.

The officer then saw someone on the emergency stairs on the 23rd floor and after going to investigate found the woman in the corridor on the same floor.

The woman is believed to have checked into the hotel with her two children on Tuesday evening, the police said.

Woman attacks 2 passengers with blunt instrument on train near Tokyo