Chinese Ambassador to Japan Kong Xuanyou on Thursday urged Japan not to join U.S.-led diplomatic boycott of the Beijing Winter Olympics over human rights issues, likening it to a "political performance."

"Unfortunately, some people in Japan have been attacking China's political system based on their biased views and spreading rumors and lies about the human rights situations in Xinjiang and Hong Kong to call for a diplomatic boycott of the Beijing Games," the envoy said in a meeting held at Kyodo News.

Kong said he wants Japan to be "strongly cautious about and block such a dangerous" move so as not to damage bilateral diplomatic ties, which will mark next year the 50th anniversary of their normalization.

His remarks came as Prime Minister Fumio Kishida said earlier in the day he has no plans to attend the Beijing Olympics to be held in February, while suggesting he is still considering various options over the diplomatic boycott of the games. 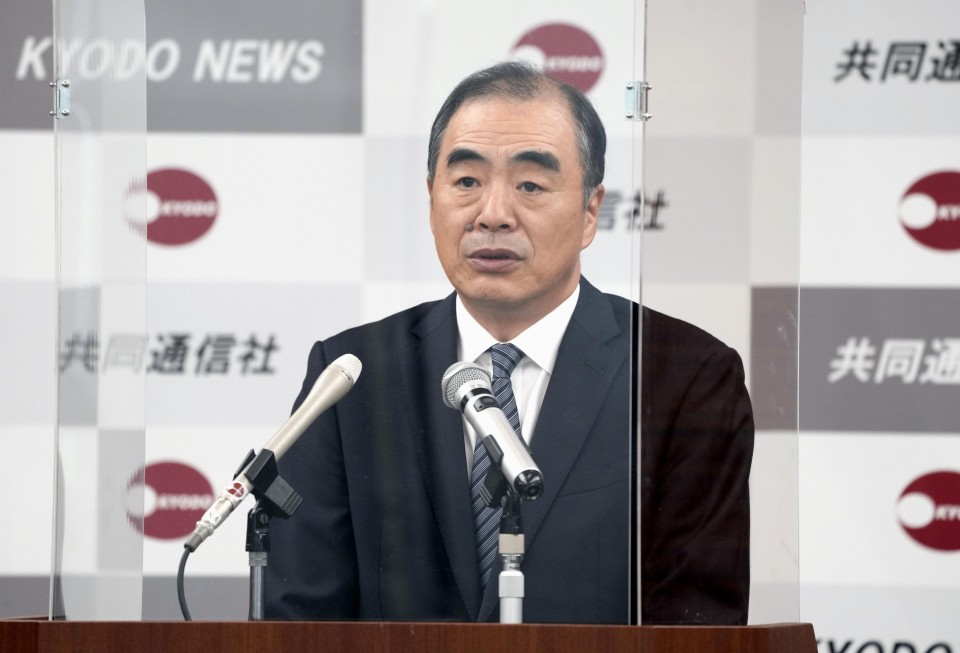 The United States announced last week it is not sending officials to the games amid intensifying criticism of China's human rights record. Some other countries including Australia, Britain and Canada have followed suit, while Tokyo has yet to clarify its stance.

Japan, a close U.S. ally that relies heavily on China in economic terms, is considering not sending Cabinet ministers to the Beijing Olympics, according to government sources.

Kong also warned Japan against interfering on Taiwan, the self-ruled island which Beijing regards as a renegade province to be reunified with the mainland, criticizing a recent claim by some Japanese politicians that any contingency concerning Taiwan would be an emergency for Japan.

"Recently, there have been some negative moves within Japan as some politicians make extreme remarks in a bid to interfere with the Taiwan issue," Kong said. "This is an intentional provocation against China's sovereignty and we cannot accept it."

Earlier this month, former Prime Minister Shinzo Abe, a conservative politician known for his hawkish views on security, told a virtual event a Taiwan emergency is "an emergency for the Japan-U.S. alliance. People in Beijing, particularly President Xi Jinping, should not misjudge that."

The ambassador stressed the importance of "constructively managing differences" between the two Asian neighbors amid rising tensions and called for "a more stable, mature bilateral relations toward the next 50 years" beyond the 2022 anniversary year, which will be "a milestone and a new starting point."