The appointment of Hayashi, 60, who was picked in 2017 as head of a nonpartisan parliamentary group promoting Japan-China friendship, comes as Prime Minister Fumio Kishida named former Defense Minister Gen Nakatani as special adviser on human rights issues including those in China's Xinjiang region and Hong Kong. 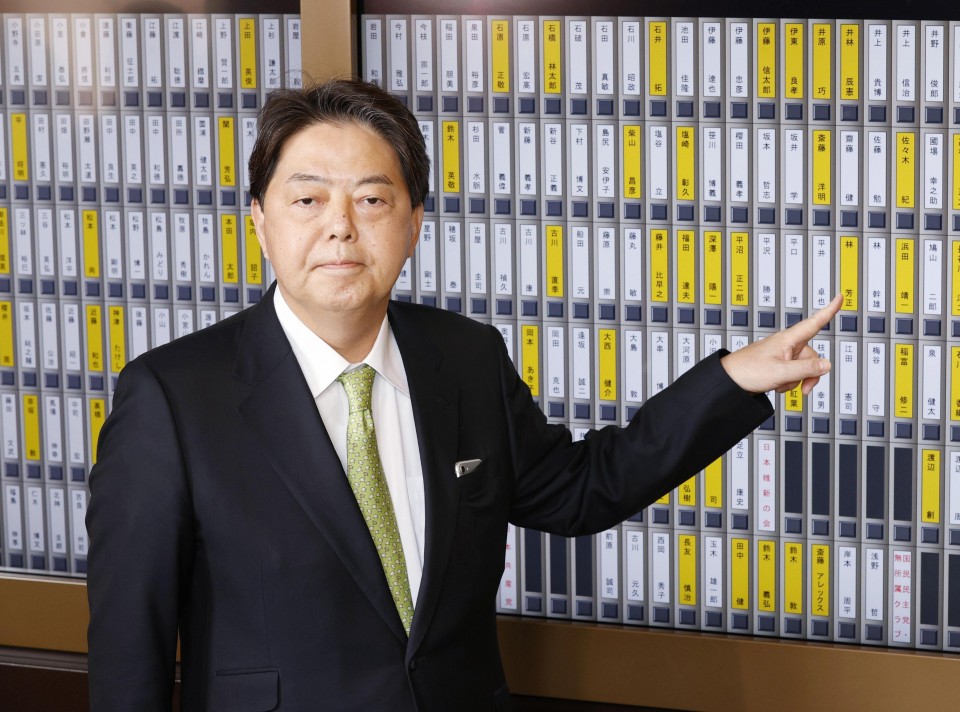 Former Japanese education minister Yoshimasa Hayashi arrives at the parliament building in Tokyo on Nov. 10, 2021. Japan's parliament will convene a special session later in the day with Liberal Democratic Party President Fumio Kishida set to be re-elected as prime minister after his party secured a majority in the House of Representatives election on Oct. 31. Hayashi won a single-seat district in Yamaguchi Prefecture in the lower house election after resigning as a member of the House of Councillors. (Kyodo) ==Kyodo

The appointments apparently reflect Kishida's attempt to perform a delicate balancing act in relations with China, which has been increasing its clout in the region as a military and economic power.

Nakatani is a leading advocate of introducing sanctions on foreign government officials believed to be human rights offenders, similar to those under the U.S. Magnitsky Act.

Hayashi, a veteran lawmaker with varied Cabinet-level experience, told reporters Wednesday morning that he will "focus on Japan's national interests" when asked about his stance on Beijing, while vowing to cooperate with Nakatani to deal with China-related human rights issues.

Known for his expertise across a wide array of policy matters including economics, finance, tax and administrative reform, Hayashi has previously served as defense, agriculture, education and economic and fiscal policy ministers.

After graduating from the University of Tokyo's Faculty of Law, the eldest son of former Finance Minister Yoshiro Hayashi worked at private firms including trading house Mitsui & Co. and a gas firm in Yamaguchi Prefecture, where he is elected from.

He also obtained a degree at Harvard University's John F. Kennedy School of Government before entering politics in 1995 by winning a seat in the House of Councillors.

Hayashi, the No. 2 leader of an LDP faction led by Kishida, was elected to the House of Representatives for the first time in the Oct. 31 election from a single-seat district in Yamaguchi Prefecture, after serving as a member of the upper chamber for 26 years.

He ran for LDP president in September 2012 when the party was in opposition but was beaten by Shinzo Abe. The party returned to power in the general election in December that year.

Hayashi enjoys playing the guitar and keyboard in a band formed with other lawmakers.